Can you watch Mayweather vs McGregor replays online or with Kodi? 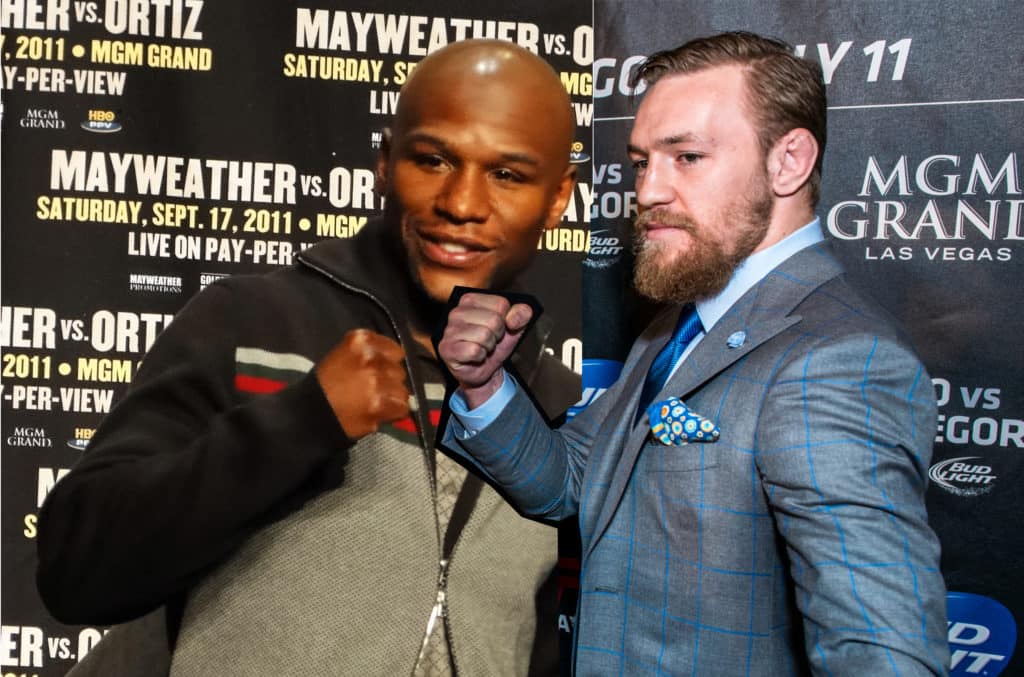 Want to watch the epic Mcgregor vs Mayweather replays online? The much-hyped fight between boxing champions Floyd Mayweather and Conor McGregor was expected to break viewership records on the August 26 fight night. The pay-per-view event, including replays, was broadcast on Showtime PPV in the US and Sky Sports Box Office in the UK, as well as a handful of other countries.

UPDATE: Here is how to watch McGregor v Khabib on Kodi in UFC 229. Non Kodi users can read how to live stream McGregor vs Kabib here.

Spoiler Alert: Click here to jump straight to the details on streaming the Mayweather vs McGregor fight on Kodi.

Coverage of Mayweather vs. McGregor began Saturday, August 26, at 3 p.m. on the US West Coast, where the fight takes place. Viewers were able to live stream the McGregor vs Mayweather in the UK, US, Canada and internationally. Coverage in the UK started at 11 p.m. The below methods should work for watching replays of the fight too.

See also: Can you watch Canelo vs GGG on Kodi

Where to watch Mayweather vs. McGregor replays online: UK, US and Everywhere

Cord cutters have a few options to live stream McGregor vs Mayweather replays online. The live stream of the match had official streams, but they were geo-locked. That meant if you were traveling outside of your home country you needed to use a VPN to obtain an IP address for that country. A VPN, or virtual private network, encrypts your internet traffic and routes it through a server in a location of your choosing. In this case, you can route that traffic through the appropriate country to bypass geographic licensing restrictions on Mayweather versus MacGregor.

Our top recommendation is IPVanish, which offers fast and stable servers along with a global network of servers that are ideal for geo-unblocking and live streaming sports. It will protect your internet activity so your ISP can’t snoop on you and is one of the few VPNs fast enough to stream uninterrupted. For Kodi users IPVanish works with all Kodi add-ons we have tested and will keep your connection secure and private. There’s a 7-day money-back guarantee so you can try it risk-free.

EXCLUSIVE for Comparitech Readers: Save up to 60% on IPVanish!

The best place to catch Mayweather vs McGregor replays is on YouTube. You’ll find several live casts of the fight posted by different YouTubers. For example, the tvOneNews YouTube channel has a full fight replay posted and available for users. You can also find various highlights and commentary from the fight uploaded to YouTube across a large number of different channels.

Showtime broadcast a replay of the fight Saturday morning after the fight. Showtime is likely to have fight replays available for some time on-demand.

Previously, the fight cost US viewers $89.99 to watch in standard definition and $99.99 to watch in HD. Veiwers were able to live stream the fight online using the Showtime Anytime app (Android, iOS) if they had a cable subscription with one of the following providers: AT&T U-verse, Bright House Networks, Charter Communications, Comcast XFINITY, Cox Communications, DIRECTV, DISH, Optimum, Time Warner Cable, or Verizon FiOS.

Sky broadcast a replay of the fight at 5PM on Sunday for the same price. It’s unclear whether Sky will also have a replay of the McGregor versus Mayweather fight on-demand later.

A Sky account was required, as was a UK IP address to verify location. Those outside of the UK could use a VPN to get a UK IP address. If you planned to use the app, you needed a Google Play or iTunes account registered in the UK.

Channel One Russia (a.k.a. 1TV.ru) broadcast the fight live on TV and online. So far as we can tell, this was not a pay-per-view event and could have accessed the live stream directly on the 1TV.ru website. If you were outside of Russia, you needed a VPN with servers in the country to get a Russian IP address.  This looked like a good option for cord cutters who were looking to stream the fight for free. Some users reported success when watching the Pacquiao vs. Mayweather fight in 2015. We hope viewers enjoyed the Russian commentary!

Will 1TV have future fights like Mayweather vs. McGregor? We’re keeping our fingers crossed. As always, do your own due diligence on whether you can access this stream without infringing on copyright laws in your country.

Note: IPVanish no longer offers servers in Russia due to concerns about the country’s data retention laws. Instead, we recommend ExpressVPN for those who want to give 1TV.ru a shot. ExpressVPN has a 30-day, no-questions-asked, money-back guarantee, and Comparitech readers can get three months free with the annual plan. ExpressVPN also makes our list of the best VPNs for Kodi and is a good all-rounder.

Subscribers to online TV service DAZN in Germany and Austria were  able to watch Mayweather vs. McGregor live at no extra charge. The service costs 9.99 Euro per month and is also available in Switzerland, Japan, and Canada, but only users in Austria and Germany were allowed to live stream the fight. If you’re already a DAZN subscriber, you might be able to use a VPN to get an Austrian or German IP address and live stream future fights, but we haven’t tested this ourselves.

DSTV customers with premium subscriptions to SuperSport were able to watch Mayweather versus McGregor at no extra cost, but no live online stream was available. Instead, SuperSport’s South African online affiliate Showmax streamed the fight later in the day for subscribers. Viewers who could stand to wait that long hopefully did not watch or read the news. Showmax offers a 14-day free trial. You will need a South African IP address to access the service, which you can get by using a VPN.

OSN Sports Box Office HD was selling pay-per-view access to the fight for $10 until August 14, and $20 after that. OSN is available in several countries throughout the Middle East, including Afghanistan, Algeria, Bahrain, Chad, Djibouti, Egypt, Iran, Iraq, Jordan, Kuwait, Lebanon, Libya, Mauritania, and Morocco. You’ll need an OSN account and must order by phone.

It’s unclear if the future fights like McGegor vs Mayweather will be streamed live on OSN Play, OSN’s online arm.

Can I live stream Mayweather vs McGregor replays on Kodi?

Kodi is free and open source home theater software that runs on a variety of platforms, ranging from desktop operating systems like Windows and Mac to small streaming devices like Android smartphones and Amazon Fire TV. What makes Kodi so powerful is that it can stream content from a huge range of sources through third-party extensions called add-ons.

Warning: Whatever you use Kodi for, we recommend connecting to a VPN to protect yourself from threats including man-in-the-middle attacks, hackers hijacking your IP address, and ISPs throttling and snooping on your activity online. While VPNs are often associated with Kodi users looking to watch pirated material and hide this from their ISP, all Kodi users will benefit from use of a VPN. Although unofficial add-ons carry more security risks, such as Man in the Middle Attacks, official add-ons are not immune to these.  We recommend IPVanish, which secures your connection inside an encrypted tunnel and masks your real IP address. This will protect your privacy and can help to keep you safe from Man in The Middle Attacks. It works with all Kodi add-ons we have tested and is one of the few VPNs fast enough to stream uninterrupted, even in HD or 4K/UHD.  It works with Amazon Firestick and Fire TV, Roku, Android boxes and all other popular devices used with Kodi.

Reader deal: Comparitech customers get a risk-free, 7-day money-back guarantee and save up to 60% on IPVanish here.

As of this time of writing, the best place to watch Mayweather vs McGregor replays on Kodi is through the YouTube add-on. The YouTube add-on is easily available for download using the Official Kodi Add-on Repository. From there, you’ll need to connect your YouTube account to Kodi through the device activation method available from YouTube.com/activate.

We highly recommend you connect to a VPN before activating your YouTube account through Kodi, as all Kodi add-ons can be hijacked, and your password and username could get stolen through this process.

The live fight was not available on any official Kodi addons. Those using Kodi for the live Mayweather vs McGregor fight might have been able to find an addon that used the official stream from 1TV.ru (see above). The same holds true for fight replays. We know of no official Kodi add-ons that offer replays of the fight.

Of course, if you Google around for how to stream Mayweather versus McGregor replays on Kodi, you’ll discover no shortage of recommendations for third-party add-ons outside of the official Kodi repository. Users should beware of these add-ons and know the risks before using them.

Some of these add-ons include:

What are these add-ons: These third-party Kodi add-ons aggregate links to live and on-demand sports videos. They pull in those links and display that content in Kodi, much like a web browser.

Why should you avoid them? The sources that these add-ons aggregate are by-and-large pirated streams. They may well be illegal in your country. Third-party Kodi add-ons carry a risk of malware, man-in-the-middle attacks, and botnets that can damage your device and expose your IP address to hackers. Our advice is to stay clear of them.

Third-party add-ons for live sporting events, like the MacGregor vs Mayweather fight, typically use pirated IPTV (Internet Protocol Television) streams as a source. It’s becoming increasingly common for these add-ons to rely on Acestreams, which uses the BitTorrent network to share the network load between concurrent viewers. This will expose your IP address to everyone else connected to the same stream, possibly including copyright trolls looking to extort money from Kodi users.

SportsAccess and SmoothStreams both use pirated sources and sell them to Kodi users. Many of the streams can be found legally in other places from legitimate sources, or even free from unofficial ones. Just because you pay for them doesn’t make them legitimate.

These add-ons might not be illegal to use in every country, but we strongly recommend users opt for an official stream.

“Mayweather/Ortiz” by Chamber of Fear licensed under CC BY-SA 2.0