Trying to find out if you can use Torguard as a Netflix VPN? We reveal whether or not Torguard works with Netflix, along with a step-by-step guide to securely accessing Netflix abroad.
Ian Garland Streaming, Kodi and VPN Expert 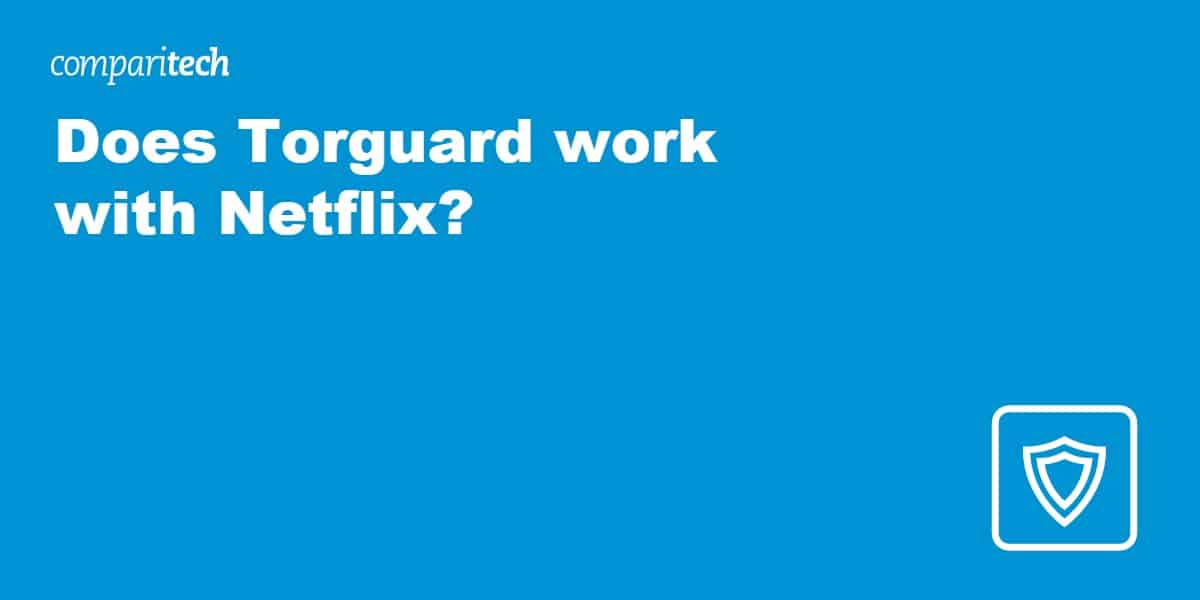 Due to international licensing agreements, every country Netflix is available in has its own content library. This approach sounds reasonable at first, but there are two major problems with it: first, it prevents traveling users from continuing to stream their favorite shows. Additionally, not every library is equal: some are a third of the size of others, which means some users are getting a better deal than those in neighboring countries.

Did you know that your IP address tells people which country you’re in? This is how sites like Netflix know where you are. It’s not a foolproof method though: if a user connects to a VPN, they’ll get a new IP address and appear to be wherever their chosen server is. To combat this, Netflix has aggressively blocked VPN servers, and as a result, many services no longer work. Read on to see if Torguard is one of them.

In short: A regular Torguard subscription won’t help you securely access any Netflix libraries. If you want to watch Netflix from abroad, your best option is NordVPN.

Torguard can’t securely access any Netflix libraries. It does offer access to dedicated IP servers for streaming, but these cost an extra $7.99 CAD per month each and it’s not clear whether every server works with Netflix or not. Further, Netflix periodically updates its geo-blocking features, so there’s no guarantee these will continue to work in the future.

Instead, you might want to consider NordVPN. This service has been able to securely access multiple versions of Netflix for years now, including the American, British, Japanese, and Canadian libraries. What’s more, it offers a 30-day money-back guarantee. In other words, you’ll be able to try it risk-free.

How to access your home Netflix library with a VPN

Below, you’ll find a step-by-step guide to accessing your usual Netflix library during a trip abroad.

Here’s how to watch Netflix with a VPN:

Don’t let the marketing fool you: free VPNs are a poor option for streaming, and they’re not great for general browsing either. This is because they attract numbers of users that their networks could never hope to deal with. As a result, you can expect extremely slow speeds, especially during evenings and weekends. Even if your chosen service works with Netflix (which is unlikely), you may find that your connection is too slow to actually watch anything.

Then there’s the security aspect to consider. Free VPNs don’t undergo the same rigorous testing that paid services do, and in fact, many fail to include even the most integral security feature: encryption. Without this, they’re no safer than browsing normally. That’s not to mention the huge number of Trojans that are simply pretending to be free VPNs in order to infect your system with malware. To stay safe online, it’s best to use a high-quality VPN with a no-logging policy instead of relying on a service just because it’s free.

Netflix doesn’t ban users from using VPNs; after all, they’re respected privacy tools and they’re becoming increasingly common now that so many of us are working from home. Instead, the service will simply ask you to disconnect from your VPN before watching anything.

This service recently changed its policy so that VPN users aren’t blocked entirely, and instead are allowed to watch content from their home country’s library with a VPN connected. However, at the moment, this still seems pretty unreliable, with some VPNs still causing the “unblocker or proxy” error.

What should I do if my VPN doesn’t work with Netflix?

Having trouble using Netflix with a VPN connected? Not to worry: there are a couple of things you can try to hopefully resolve the issue. First, clear your browser’s cookies. This forces Netflix to determine your location again, and may help if you’d inadvertently visited the site before connecting to the VPN. You might also want to ask your VPN’s support team whether there are specific servers that work with Netflix.