How to watch Heartland Season 15 online

Want to live stream the new series of Heartland? We’ll give you info about the release date, plot, and cast, and explain how to watch Heartland season 15 online. Traveling outside of Canada? We’ll also explain how to stream Heartland abroad!
Ray Walsh VPN and privacy expert 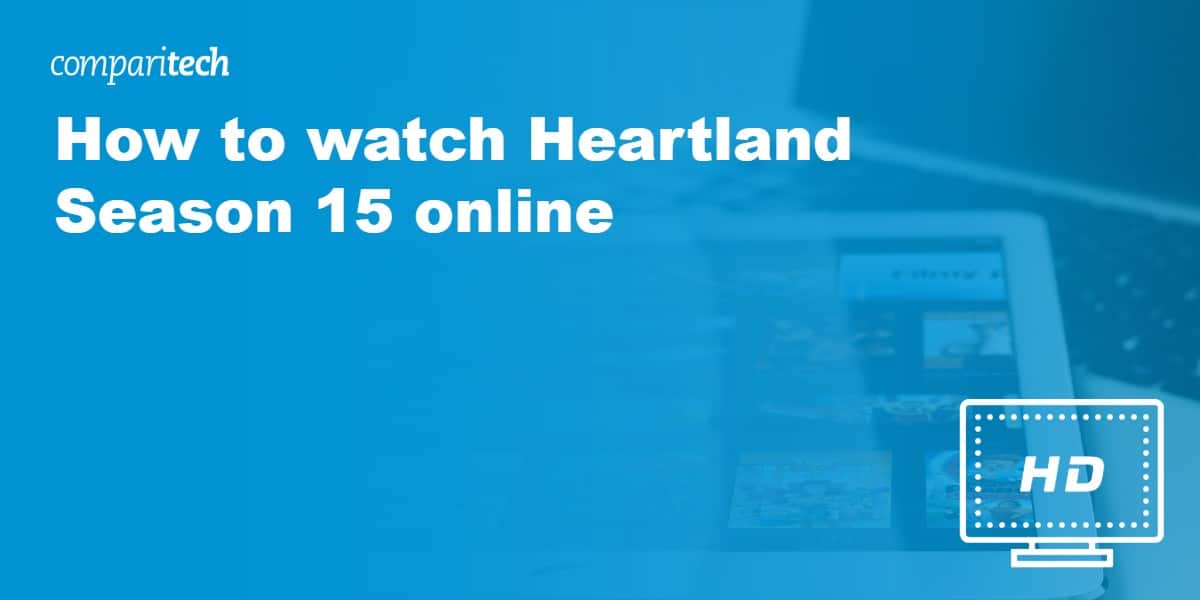 Ever since executive producer Michael Weinberg announced another season of this popular Canadian comedy-drama, expectations have been running high. Now, fall is finally here, and with it comes the arrival of Heartland Season 15!

If you have been waiting patiently, you will be happy to know that season 15 of Heartland premieres on Sunday, October 17th. The episodes will air live on CBC and will be available to stream on CBC Gem.

No international release dates have been announced yet. The good news, however, is that anybody on vacation outside of Canada can stream Season 15 of Heartland with a VPN.

By connecting to a VPN server in Canada, you can get a Canadian IP address. This bypasses the geo-restrictions on CBC’s website and allows you to connect to your usual home streaming services wherever you are. Not all VPNs work to access CBC Gem outside of Canada, but in this guide, we have pinpointed services that work.

How to stream Heartland with a VPN

Using a VPN to access CBC Gem outside of Canada is extremely straightforward. The hardest part is choosing a fast VPN that CBC has not blocked. To help you out, our experts have found those for you. All you need to do is follow the steps below, and you will be able to stream Heartland the moment it drops:

As soon as your VPN connects to a server in Canada, you will receive an IP address in Canada. As a result, you will be able to stream Heartland from anywhere in the world. Just remember that not all VPNs work with CBC Gem, so be sure to stick to our recommendations to avoid disappointment.

WANT TO TRY THE TOP VPN FOR HEARTLAND RISK-FREE?

NordVPN is offering a fully-featured risk-free 30-day trial if you sign up at this page. You can use the VPN rated #1 for CBC Gem without any limits or restrictions for a month – great if you want to watch Heartland outside of Canada

Can I stream Heartland Season 15 in the US or the UK?

Viewers in the UK will need to remain patient because there is not yet a release date for Netflix. This means that you will need a VPN to stream Heartland the day it premieres.

In the US, CBC has a licensing agreement with UpTV until March 2022. Despite this, it has not been announced whether UpTV will air the new season. It seems possible that Heartland S15 could go directly to Netflix US. However, we do not expect this to happen until the new year.

Luckily, CBC Gem and other Canadian TV channels are easy to unblock with a VPN. This means that anyone in the UK, the US, Australia, Europe – or anywhere else in the world – can stream the new season of Heartland as soon as it becomes available! NordVPN offers a 30-day money-back guarantee, so you can try it re=isk free.

What do we know about Heartland season 15?

Season 14 ended with the devastating death of Amy’s husband Ty. This has left many questions surrounding the future of the show and what viewers can expect.

What we know is that Amy is going to be left raising their daughter Lyndy alone, and this is sure to affect the entire family and their friends.

The good news is that according to the cast, some of the best episodes of Heartland ever are in season 15. The cast has all been tweeting about the new show and they seem extremely excited about the new season and the character development it has led to.

The official CBC blog for the new season sums it up best:

“Last season, Amy said goodbye to the past. This season, she embraces the future – raising her daughter, working with the horses who continue to heal her, branching out into a new phase of her life and profession. She is moving forward and feels determined to leave a legacy. In fact, Jack, Lisa, Lou, and Tim have all decided that now is not the time to pull back, but to ramp up, to create new dreams and fulfill old ones. And, as they always do, the family will pull together to help each other… and will ultimately end up stronger than ever.”

Other storylines to look out for are the development of Georgie’s prospects as an Olympic showjumper, and her continued evolution alongside her trainer Quinn. This should lead to the dramatic equestrian scenes that fans have come to love and expect from the show. In addition, members of the cast have already admitted on social media that season 15 will include a big cattle drive!

How many episodes of Heartland will there be in Season 15?

What is the cast for season 15 of Heartland?

Fans of the show will be happy to hear that there have been few changes in the cast of Heartland. Amber Marshall will continue to star as the show’s lead Amy Fleming. Identical twins Ruby and Emmanuella Spencer will continue with their shared role as Amy’s daughter Lyndy.

Michelle Morgan will play “Lou” Fleming Morris, Shaun Johnston will still appear as Grandpa Jack, Jessica Steen as Lisa Stillman, Kerry James as Caleb Odell, and the rest of the cast, as we have come to expect them.

Best of all, rumors have it that two old cast members will be returning! Jemmy Steele will return as Emma Fitzroy, who was the donor for Cooper’s horse therapy center. And Kate Drummond will return to the show as Val’s friend Paula Westfield.

Of course, Graham Wardle will unfortunately not return as Ty Borden after passing away because of an infection caused by a gunshot in season 14. In addition, CBC has announced that unfortunately, Ziya Matheson, who played Katie has left the cast. This will mean a change of actress for the part of Lou’s daughter.