Are you looking for a VPN to unblock Instagram? We reveal How to use VPNs for Instagram so you can gain access from anywhere, be it at work, school or abroad.
Aimee O'Driscoll VPN AND CYBERSECURITY EXPERT 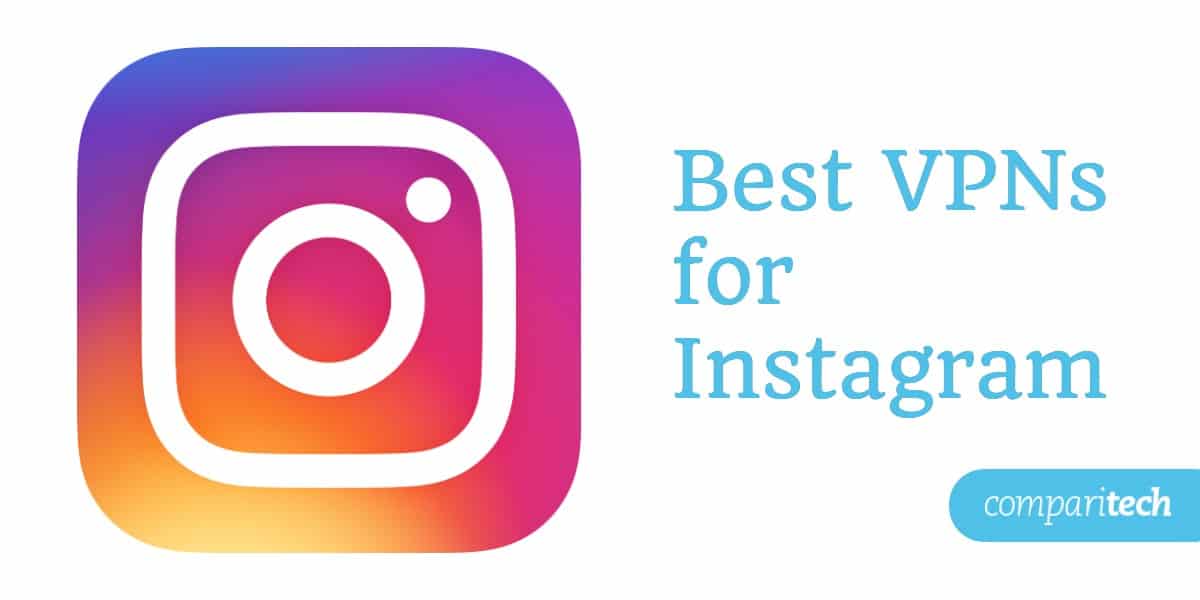 Instagram continues to grow in popularity with a billion people using the photo-sharing app at least once each month. Unfortunately, the service is blocked by network administrators in many schools and places of work. In addition, the governments of some countries (such as China) block access to the social network. The best way to evade restrictions on Instagram is by using a VPN. So, if you want your social media fix, you’ll need one of the best VPNs for Instagram.

Short for Virtual Private Network, a VPN hides your location by encrypting all the traffic flowing to and from your device and tunneling it via an intermediary server of your choice. As such, system administrators will be unable to determine what you’re doing online. A VPN can also make it appear that you’re in a different location, enabling access to geo-restricted services, such as select Netflix and Amazon Prime Video libraries.

We get into detail later about each of the VPNs that made our list for unblocking Instagram, but if you haven’t got time to read the whole thing, here are our top choices:

Getting started with a VPN is really very simple, just follow the step-by-step guide below.

If you run into any issues, contact your VPN provider for help with troubleshooting.

While many VPNs work to unblock Instagram in most countries, there’s one region that remains touch to crack: China. With the government heavily restricting VPN use, not many providers can keep their service running there. All of the providers on our list work in China, and we use the following additional criteria to pick the best VPNs for Instagram:

NordVPN is our top recommendation for an Instagram VPN. It has a huge network of servers with more than 5,000 in 60 countries. It pegs the fastest speeds we’ve seen and you can pick a server based on preferences such as P2P and double VPN. There’s a large set of obfuscated servers which work well for bypassing VPN blocks such as those imposed by the Chinese government.

The company secures web traffic with 256-bit AES encryption in conjunction with perfect forward secrecy. DNS leak protection is enabled and there’s a kill switch in all apps except Android. NordVPN keeps no logs whatsoever.

BEST VPN FOR INSTAGRAM:NordVPN is our top pick. It’s super fast, works well to unblock Instagram from anywhere, and allows up to six simultaneous connections. Plans include a 30-day money-back guarantee making this a risk-free deal.

Surfshark is a great low-cost alternative adept at unblocking Instagram and a ton of other platforms. It has a broad network of servers with roughly 1,700 in over 60 countries. Surfshark’s NoBorders mode is especially helpful for getting around network restrictions.

This is a true no-logs provider that backs its privacy focus with strong security features. You can expect military-grade encryption, perfect forward secrecy, a kill switch on all platforms, and protection against leaks.

A major selling point of Surfshark is that it imposes no limit on the number of devices you can connect at one time. Apps are available for Windows, Linux, MacOS, iOS, and Android.

BEST BUDGET VPN:Surfshark is known for its unblocking abilities which are complemented with strong security and privacy features. This provider offers a 30-day money-back guarantee.

ExpressVPN uses rugged encryption protocols, has fast speeds, and works reliably in China (with no special setup required). This VPN operates a vast server network comprising 3,000 servers spread across 94 countries. Apps include a ‘Smart Location’ feature, which selects the fastest connection based on your current location.

ExpressVPN’s encryption standards will keep you protected – this provider leverages 256-bit AES with perfect forward secrecy by default. A kill switch (dubbed a network lock) in the desktop apps will freeze web traffic if the connection drops, and leak protection is built into all apps.

A single subscription grants access to five devices simultaneously. There are apps for both Android and iOS as well as desktop clients for Windows, Linux, and MacOS.

UNBLOCK ANYTHING:ExpressVPN is a great unblocker. It enables access to restricted and censored services and has a vast network of servers optimized for speedy connections. Plans include a 30-day money-back guarantee.

Hotspot Shield is another VPN that’s excellent at circumventing detection measures. Its proprietary Catapult Hydra protocol is very secure and masks VPN traffic, even in places like China. It operates an expansive server network with more than 3,200 high-speed servers covering over 70 countries.

You can download apps for Windows, MacOS, iOS, and Android. Up to five connections are allowed at a time.

FAST AND SECURE:Hotspot Shield provides super fast connections and works to bypass geo-restrictions and blocks across the globe. Subscriptions include a generous 45-day money-back guarantee.

PrivateVPN is an even smaller provider but still a worthy contender as an Instagram VPN. It only operates around 150 servers in 60 countries, but it prioritizes providing access to blocked platforms and services. The VPN works well in China and other restrictive countries. Using the “Stealth VPN” mode will obfuscate your traffic to ensure it’s undetectable.

This provider employs military-grade encryption along with perfect forward secrecy by default. Apps have built-in leak protection and the Windows client includes a kill switch. No logs are maintained at all.

Mobile apps are available for iOS and Android, and desktop clients for Windows and MacOS. You can connect up to six devices at a time.

MAINTAIN PRIVACY:PrivateVPN has a stealth mode to help you access all your favorite services. Plus it’s secure and private. Plans come with a 30-day refund policy.

VyprVPN has more than 700 servers spread across the world. If you’re having trouble accessing Instagram, you can switch to the proprietary Chameleon protocol that obfuscates traffic, ensuring the VPN works in China and anywhere else.

VyprVPN used to keep logs of IP addresses but stopped the practice in late 2018. It secures your connection with 256-bit encryption and perfect forward secrecy. Leak protection is built-in and desktop apps include a kill switch.

A subscription allows up to five devices to connect at the same time. Mobile apps are available for both Android and iOS, and there are desktop clients for Windows and MacOS.

SPECIAL PROTOCOL:VyprVPN is fast and reliable. It owns its servers and employs security protocols. The company pledges a 30-day money-back guarantee depending on your payment method.

Should I use a free VPN to unblock Instagram?

Free VPNs services are heavily advertised on the internet and can be tempting. However, we recommend against using them. These services can rarely bypass blocks, and even if they do, you’ll end up with poor performance.

Free VPNs typically operate a small number of servers that are shared among many users. You may have to join a queue to connect, and then have to deal with slow, unreliable connections.

As we know, no service is truly free, and with a free VPN, it’s more than likely that you become the product. It’s common practice for these services to keep logs of user activity and sell user profiles to third parties.

Security usually isn’t stellar either. If you’re lucky enough to have an encrypted connection (some free VPNs forgo this step), it will likely be weak, meaning you aren’t well protected from snoopers, including hackers.

Overall, we recommend paying a small fee to use a solid VPN.

If you find Instagram is blocked by network administrators in your school or place of work, it’s likely a productivity issue. Instagram is often blocked along with a suite of other social media platforms to prevent students and employees from idling away their time. Another possible reason for these restrictions is to avoid network congestion.

Instagram is also blocked in some regions, often by a country’s government, such as the case in China. The motives here are usually a little different. In China’s case, the government likely blocks popular media platforms, including Instagram and Facebook, to censor the information and communication methods to which its citizens have access. In addition, the blocks pave the way for homegrown competitors to take over the market.

Instagram has been blocked intermittently in China since 2014 and it is currently blocked there entirely. It has also been banned in other countries including Iran and North Korea.