Does ZenMate work with Netflix?

Trying to access Netflix while traveling abroad? You'll need the help of a VPN. Not all of them can bypass Netflix’s restrictions though; below, we’ll explain once and for all whether ZenMate works with Netflix or not.
Ian Garland Streaming, Kodi and VPN Expert 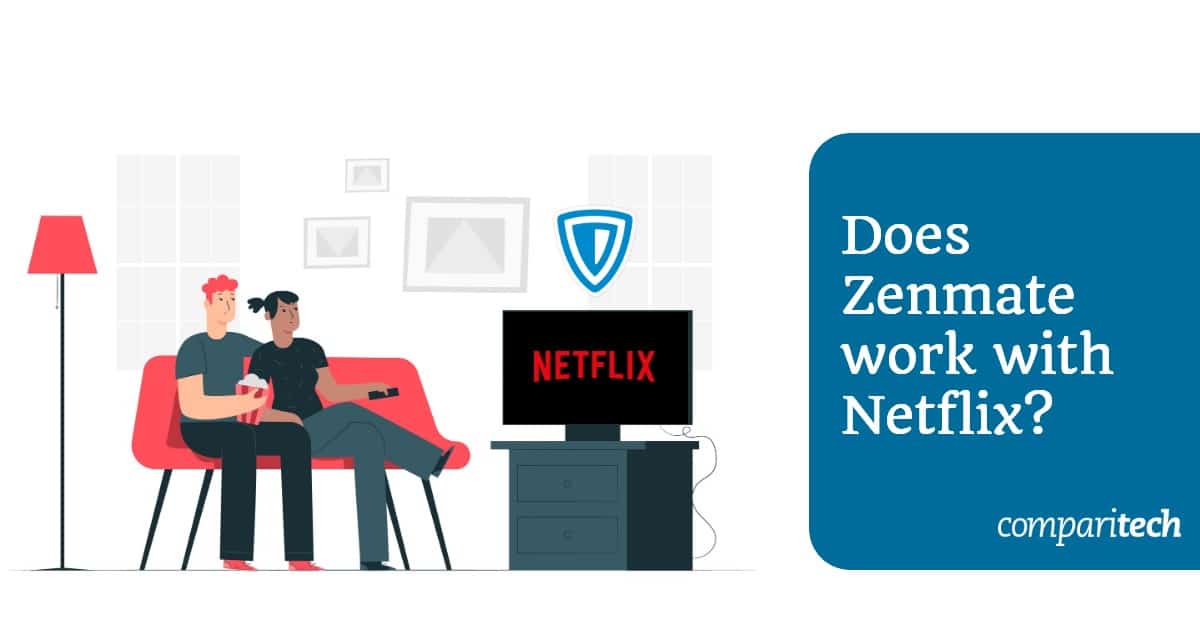 It’s not unusual for a major streaming platform to be geo-restricted, but there’s a huge disparity in the amount of available content between regional Netflix libraries. This means that if you go abroad, you might find that your favorite shows aren’t available, or that there’s only a small number of titles available that interest you. However, this is nothing to worry about; bypassing Netflix’s region-locking is really quite simple.

This service relies on your IP address to tell which country you’re in. As such, if you can change your IP address (for instance, by connecting to a VPN), you can make it appear as though you’re really somewhere else, which forces Netflix to change its content library. Below, we’ll let you know if ZenMate can unblock Netflix, and if so, which libraries it allows you to access.

Which Netflix libraries can ZenMate unblock?

At the moment, ZenMate is only able to unblock one library: Netflix US. However, it should be noted that it has previously worked with the French and German libraries too, so these results may change in the future. It’s also worth mentioning that the American catalog contains almost 6,000 TV shows and movies, so you should find plenty to keep you occupied.

Looking for something a little more specific? In that case, you might want to try a different VPN. ExpressVPN currently unblocks around a dozen libraries, including Netflix UK, US, Australia, Canada, and Japan, making it an invaluable tool for anyone who streams regularly. It comes with a risk-free 30-day money-back guarantee.

Just follow the steps below to change your Netflix country with ZenMate.

Here’s how to watch Netflix with ZenMate:

What makes ZenMate a good choice?

ZenMate has around 3,500 servers in more than 74 countries, which means you can use it to unblock a whole host of geo-blocked platforms. Additionally, its speeds are fast enough for you to watch without any noticeable lag or buffering. One of the best things about this VPN is that it allows any number of simultaneous connections, making it great for families or simply people with lots of devices to protect.

This service has a lot to offer when it comes to security. It keeps your activities private using 256-bit encryption, DNS leak protection, and a kill switch that stops sending data the moment you lose connection to the VPN. Equally important, it doesn’t log any identifiable information (although its privacy policy could be clearer on this point). You can get help with any issues via ZenMate’s 24/7 live chat-based help desk.

SMOOTH STREAMING:ZenMate is a reliable, security-conscious provider that offers solid unblocking ability, decent speeds, and a no-logs policy: all things that make it ideal for streaming Netflix abroad. It also includes a 30-day money-back guarantee so you can try it risk-free.

For more information, check out our full ZenMate review.

⭐Why shouldn’t I use a free VPN?

Free VPNs rarely work as well as they’d have you believe. With small server networks and huge numbers of users, they tend to be on the slow side, especially during evenings and weekends when everyone is trying to use the service at the same time. To make matters worse, these services are often unceremoniously blocked by Netflix and they usually don’t have the resources to find a workaround. These two aspects make free VPNs a particularly poor choice for streaming.

It’s worth bearing in mind that there are security risks too. For instance, you could inadvertently install one of the many Trojans pretending to be a free VPN. Other free VPN apps seem legitimate, but don’t encrypt your data or protect you in any meaningful way. For peace of mind, it’s best to use a well-established VPN with a zero-logs policy, instead of relying on free services.

⭐Why doesn’t Netflix load properly with a VPN connected?

Although Netflix used to show an error message when it detected you were using a VPN, it has recently changed tack. Now, you’ll only be able to see titles that are available in the country where you signed up. Other telltale signs that something has gone wrong is when some of the rows on the home page fail to load, or if there’s no mention of a country anywhere (Trending today in the UK, for instance).

To fix this issue, we recommend clearing your browser’s cookies (or the app’s storage, if you’re on mobile) to force Netflix to recognize your new location. Failing this, your best bet is to get in touch with your VPN’s customer service staff and ask if there’s a specific server you should be using. They’ll be able to tell you definitively if the problem is on their end or yours.

⭐Which country has the largest Netflix library?

At the moment, Netflix US has the most content, with over 4,000 movies and nearly 2,000 TV shows available. Contrast this with Netflix Iran’s library, which has a little over 2,000 titles in total, and it becomes clear that some countries’ subscribers have it better than others.