Would you like to stream Pakistan’s 2019 tour of England live online? We’ll explain how to watch every Pakistan vs. England one-day international (ODI) game from anywhere in the world using a Virtual Private Network (VPN).
Ian Garland Streaming, Kodi and VPN Expert 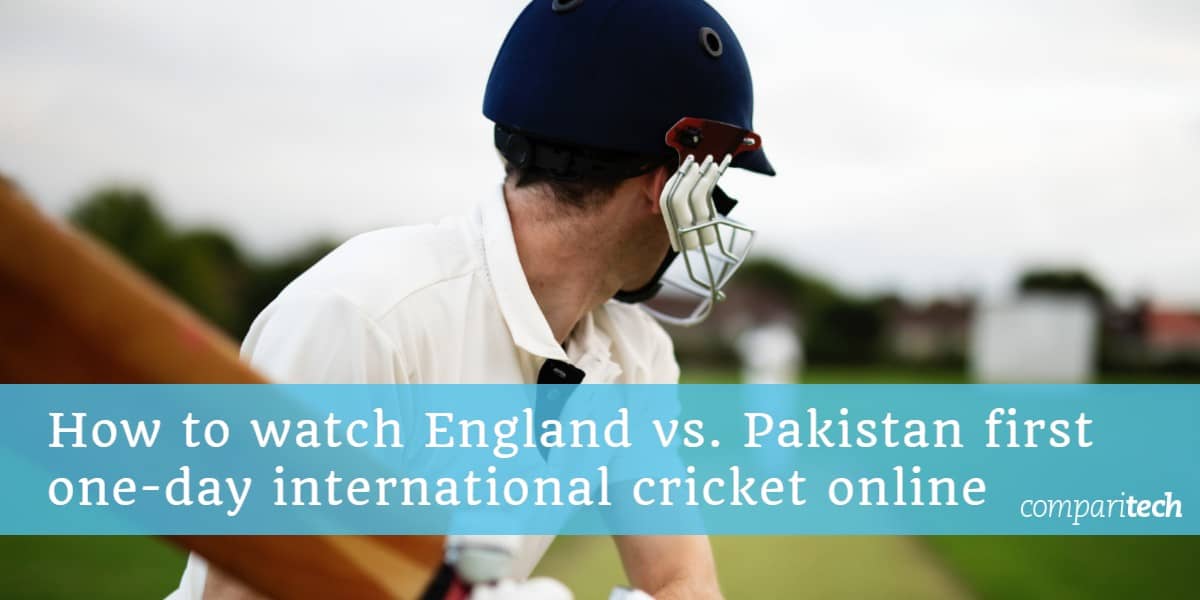 Pakistan’s cricket team kicked off its 2019 England tour on May 8 but unfortunately, they’re losing 3-0 to England at the moment. There is still one game left, though. The fifth ODI will take place on May 19 at 11AM BST (3AM PST / 6AM EST).  Can’t make it in person? Don’t worry; below, we’ll let you know how to stream the entire tour live online.

You should note that we’ll only be recommending official sources. Unlicensed streams are an inevitability for sporting events, but we strongly advise against using them. The video quality is often very poor, to start with, and there’s always a chance that the stream will be taken offline before the match has ended. The 2019 Pakistan tour of England can be watched on a wide range of platforms anyway, meaning there’s no need to use shady, unauthorized streams.

Most of the streaming services broadcasting these matches are region-locked. This means you’ll need a VPN to access them from abroad.

VPNs encrypt your traffic, preventing anyone from seeing what you do online and reducing the chance that your Internet Service Provider (ISP) will throttle your internet speeds. Additionally, VPNs enable you to change your IP address, meaning you can access geo-blocked sites and services wherever you are in the world. We recommend ExpressVPN: it’s a fast, no-logs VPN with servers in over 90 countries and a strong commitment to your online security.

Signing up for ExpressVPN only takes a minute. All you have to do is choose a subscription length (one, six, or twelve months) and pay. This service even accepts Bitcoin, meaning you can sign up almost completely anonymously. ExpressVPN has a 30-day money-back guarantee, so if you’re unsatisfied (or only needed a VPN to stream Pakistan’s cricket tour), you can simply cancel and claim a full refund; there’s no risk whatsoever.

BEST VPN FOR CRICKET:ExpressVPN is the best service for watching England vs. Pakistan. It offers high speeds, powerful security features, the ability to unblock numerous streaming platforms from abroad, and apps for the most popular operating systems.

How to watch England vs. Pakistan from abroad with a VPN

New to VPNs and not sure how to get started? Just follow the steps below to access region-locked streaming services from anywhere:

These cricket matches will be streamed live, so we recommend testing your VPN with the steps above well before they begin. This way, if you run into any problems, you should still have time to get help from your VPN’s customer support team.

How to stream England vs. Pakistan 5th ODI online

The England vs. Pakistan ODI fixtures will be broadcast in numerous countries worldwide. Below, we’ll let you know which networks are showing these matches in your country.

Surprisingly, Pakistan’s 2019 England tour isn’t going to be shown by any of the major sports networks. Instead, it will air on Willow TV. Games will be broadcast live on Willow Xtra, and highlights will be shown at 5AM PST the following day on Willow.

Willow costs $10 USD per month, and doesn’t include any trial period. Once subscribed, you’re free to start streaming immediately. Also, if your cable package includes Willow, you may be able to watch using your cable provider’s streaming app (such as DISH Anywhere, Fios TV, or Optimum TV to GO).

Even if you don’t have cable TV, you can still stream Willow live. Sling TV costs $15 per month, comes with a seven-day trial, and includes Willow as part of its World Sports package. This is an additional $10 per month, and unfortunately, there’s no trial period.

The services mentioned above are all region-locked. As such, you’ll have to either be in the US or connected to an American VPN server in order to access them.

In the UK, these fixtures will be shown by Sky Sports. If you already subscribe to this service, you can just log in to the website or Sky Go app and watch the full Pakistan tour at no added cost. If you’re with Sky TV but don’t have the sports pack, you can add it for £23 per month.

Now TV costs £7.99 per month (although there’s a seven-day trial) and allows you to purchase a Sky Sports pass for an additional £33.99 per month. This method is a little more expensive than adding channels to an existing cable package, but it allows users who don’t have cable (or who are with a provider other than Sky) to stream the 2019 Pakistan cricket tour online.

Sky Go and Now TV are only available in the UK. Now TV allows existing subscribers to use the service while in the EU, but to watch from anywhere else, you’ll have to connect to one of your VPN’s British servers.

Australian cricket fans can stream these games live on Fox Sports More+. The fifth ODI match will begin at 7:50 PM AEST, and highlights will air the following day at 10:30 AM on Fox Cricket.

There are two ways to watch Fox Sports More+ online. The first is to sign up for Kayo. While this platform usually costs $25 AUD per month, it includes a two-week free trial, meaning you’ll be able to stream Pakistan’s entire tour of England for free. There’s a catch, though: Kayo requires you to enter an Australian phone number during registration, meaning it’s only suitable for those who usually live in Australia.

If you’re an existing Foxtel TV customer, you’re free to sign into Foxtel’s website and start streaming immediately, although you’ll need the sports pack to watch Fox Sports. If not, you can register for Foxtel Now instead, although the trial period only lasts for ten days, and the required channel packs cost $40 per month.

Foxtel and Kayo are both geo-restricted, meaning you’ll need a VPN to use them from outside of Australia. 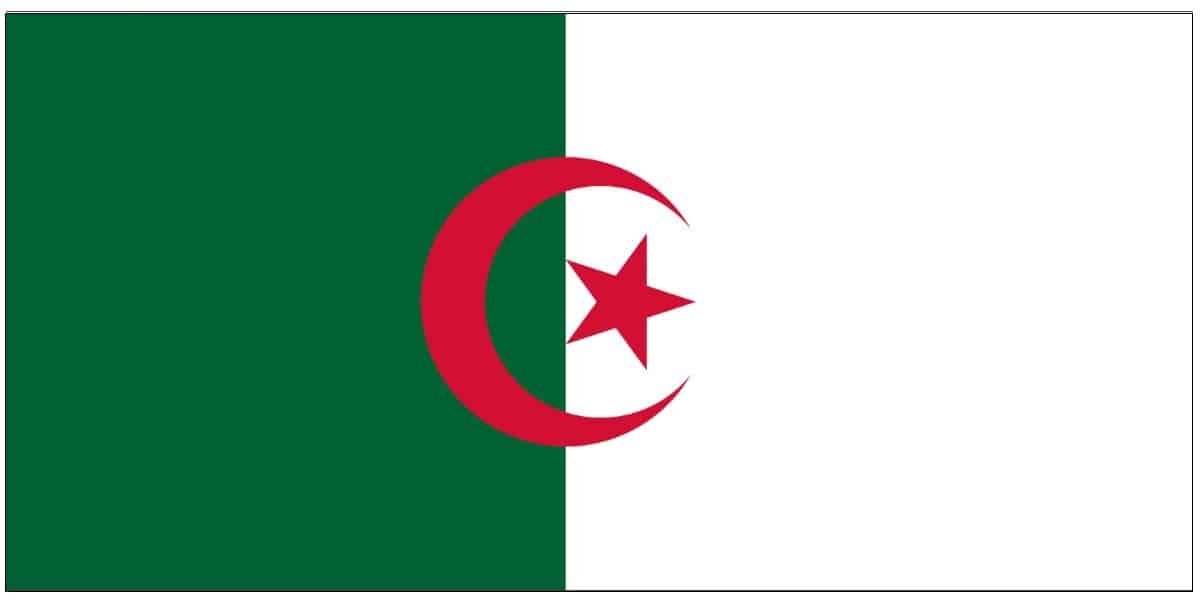 SuperSport has exclusive rights to show every England vs. Pakistan match across Sub-Saharan African countries like Algeria, Egypt, and South Africa. The final game will air on SuperSport 1 at 10:55 AM SAST, with highlights at 3:30 AM and 7AM the next day. Although SuperSport has some free-to-watch content, the Pakistan vs. England ODI fixtures will only be available to paid subscribers.

This platform requires users to sign in with their DStv account before they can watch anything. As you can’t register for DStv online, and must have services installed at an African address, DStv, and as a result, SuperSport, is impossible for foreign users to access.

SuperSport is only available in Sub-Saharan Africa. Existing subscribers can stream content when travelling by connecting to a VPN server in their home country, however.

Despite being fairly well-matched in test cricket, there’s a real disparity between these two teams when it comes to ODI fixtures. Pakistan has played 82 ODI games against England, but has a win percentage of just under 39%. In contrast, England’s lowest win-percentage is 43.05%, and that’s against Australia, a team they’ve played almost 150 times.

Having said that, the Pakistan team has proven that it won’t go down without a fight. This team consistently scores a high number of runs, and its bowlers are some of the best in the world. The problem is that Pakistan’s batters tend to lose a lot of wickets due to unrelenting pressure from England’s bowlers. Perhaps if Pakistan spends the first ODI acclimatizing to England’s tactics, it can pull off a surprise victory later, but for the most part, England looks almost certain to win.