How to watch MotoGP online live and free

Would you like to watch the 2020 MotoGP season online? The easiest way to stream MotoGP from anywhere is with a Virtual Private Network (VPN). We’ll explain how to live stream MotoGP from any location using a VPN, including some broadcasters showing races free of charge.
Ian Garland Streaming, Kodi and VPN Expert 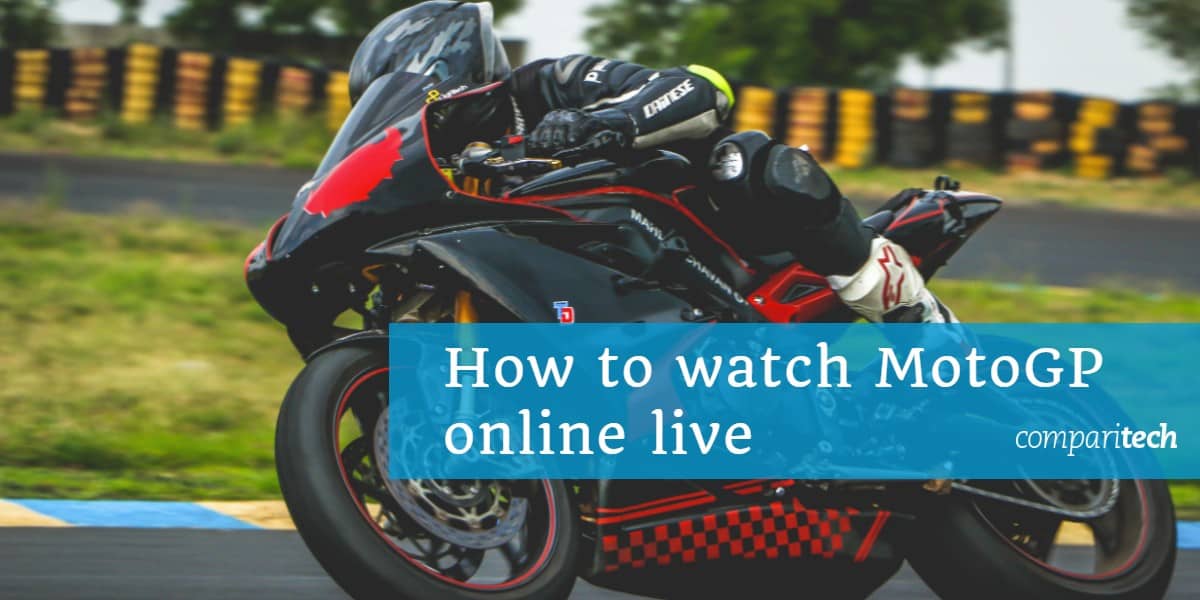 It’s important to note that we’ll only be recommending official MotoGP broadcasters. This includes some free options. Unfortunately, unlicensed streams are all but inevitable, particularly for high-profile sporting events like the MotoGP. That said, these streams often provide an inferior experience, with laggy, low-resolution video. Further, it’s not uncommon for unauthorized streams to be taken offline partway through, so you might not even see the end of the race. With so many legitimate ways to watch, there’s no reason to rely on unofficial sources.

Streaming platforms often geo-restrict their content, meaning it can only be accessed from a particular country. As a result, you’ll need a VPN to use these services while traveling abroad.

How to live stream MotoGP from anywhere

If you intend to watch live broadcasts, it’s important to test your VPN using the steps above before the event actually begins. This way, if there are any problems, you’ll still have time to get help from your VPN’s customer support team and won’t have to miss the start of the race.

How to watch the 2020 MotoGP season live online

Given the huge international appeal of MotoGP, it should come as no surprise that this season’s events will be shown all over the world. Take a look below to find out where you can watch MotoGP in your country:

In the US, you can watch every 2020 MotoGP event live on NBC Sports. If you’re subscribed to YouTube TV, AT&T TV Now, Sling TV, fuboTV, or if your cable package includes NBC Sports, you’ll be able to stream these races free-of-charge.

Although all of these services offer a free trial, you’ll have to pay eventually since the MotoGP season lasts several months. For those without cable, Sling TV is the least expensive way to watch at $20 USD per month.

The above services are only available in America. You can access these platforms abroad by connecting to an American server first. ExpressVPN offers a risk-free 30-day money-back guarantee which means that if you’re unsatisfied, you can just cancel and get your money back.

Canada has two MotoGP broadcasters: beIN Sports and DAZN. So what’s the difference? Well, DAZN costs $20 CAD per month, comes with a one-month free trial, and often provides French-language commentary. beIN Sports, on the other hand, is $14.95 per month but only broadcasts in English.

Both of these services are region-locked, but DAZN is especially stubborn. That said, at the time of writing, we were able to access DAZN Canada using ExpressVPN.

BT Sport holds exclusive MotoGP broadcasting rights in the UK. If you already have a cable package that includes BT Sport, you can sign in and begin streaming immediately at no added cost. If not, you can sign up for an online-only pass instead, which costs £25 per month.

BT Sport is geo-restricted and only accessible within the UK. As such, you’ll need a VPN to watch from abroad.

Canal+ is the only broadcaster showing the 2020 MotoGP season in France. By logging in with your Orange or Free account, you can stream each race for free. However, don’t worry if you’re not with either of these providers since Canal+ allows you to sign up directly too.

These over-the-top subscriptions cost €19.90 per month (€9.95 per month if you’re under 26 years old), and include a one-month free trial. As a bonus, since MotoGP will be shown on the Canal+ channel, there’s no need to pay extra for the sports channel package. Canal+ uses geo-blocking to prevent users from outside France from watching anything. However, you can access it from abroad by connecting to one of your VPN’s French servers.

There is another way to watch these races in French, however. Swiss broadcaster RTS is showing the 2020 MotoGP season free-of-charge with French commentary.

You don’t even have to register, although you’ll need a Swiss IP address to actually watch anything. We recommend ExpressVPN for switching to a Swiss IP, the money-back guarantee means you can get a refund after the race if you don’t wish to continue.

TV8 will show every race of the season, free of charge, but there’s a catch: only events in Argentina, Italy, Catalonia, Holland, San Marino, and Valencia will be shown live. The remaining races will be available a few hours after they finish since Sky Sport owns the rights to broadcast these as they happen.

If you already have a Sky TV subscription which includes Sky Sport, all you have to do is download the Sky Go app. From here, you can log in and start streaming immediately. Not a Sky customer? Don’t worry: you can purchase a daily, weekly, or monthly Sky Sports pass on Now TV for €9.99, €14.99, or €29.99, respectively.

TV8 and Sky Sport Italia are both geo-blocked. As such, you’ll have to either be in Italy or using an Italian VPN server to access them.

Don’t worry if your country wasn’t mentioned above: the 2020 MotoGP season is airing in more than 50 countries around the world, so there’s a good chance you’ll be able to watch it live. Wikipedia has a list of international MotoGP broadcasters and this is a good starting point for further research, but it’s important to note that some networks may not allow you to watch online.