How to watch Coming to America 2 online from anywhere

Excited to watch the long-awaited Coming to America sequel? Below, we’ll explain how to stream Coming 2 America online from anywhere in the world.
Ian Garland Streaming, Kodi and VPN Expert 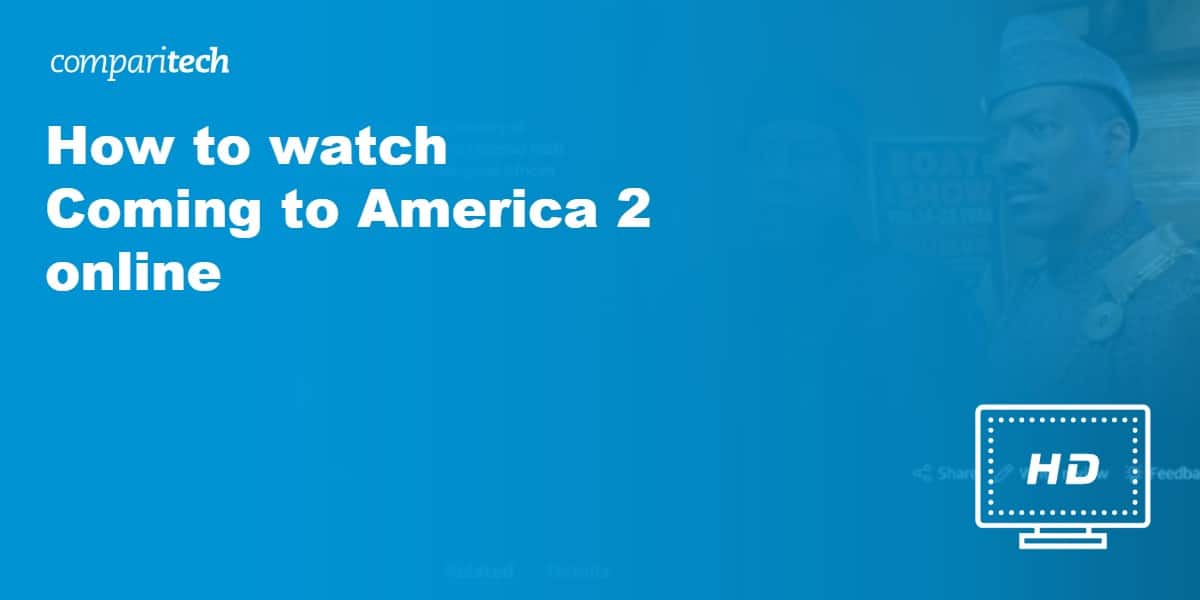 It’s been 33 years since Coming to America was released, so to call its fans patient is an understatement. Their wait is finally over, though: Coming 2 America will be released on March 5. International viewers can breathe a sigh of relief, too, since this movie will arrive on the same day, wherever you are in the world. Best of all, unless you’re in a few specific countries, you should be able to stream Coming to America 2 free of charge. Read on to find out how.

Before we begin, it’s important to stress that we’re only recommending official sources. There will almost certainly be unlicensed streams available, but these tend to have a lower video quality and are often taken down at a moment’s notice. Further, this movie will release almost simultaneously in nearly every country, and can be watched for free. As such, there’s no reason whatsoever to rely on shady, third-party sources.

There are a handful of countries where this movie won’t be available. If you’re traveling in one of these, you’ll need a Virtual Private Network (VPN) to watch.

How to stream Coming 2 America abroad using a VPN

VPNs send your data through a server somewhere else in the world, which changes your IP address and tricks geo-restricted services into letting you use them from anywhere. This is much easier than it sounds; just follow the steps below to stream Coming 2 America from abroad.

Here’s how to watch Coming to America 2 online from anywhere:

How to watch Coming 2 America for free online

Coming 2 America will be available exclusively on Amazon Prime Video. Don’t worry though: even though it’s a new release, this movie won’t cost anything extra to watch.

Amazon Prime Video’s price varies pretty considerably depending on where you live, but on average, you can expect to pay around $6.56 USD per month for access. That said, there’s a 30-day free trial available just about everywhere, which means it’s possible to sign up, watch Coming to America 2, and cancel to avoid being charged.

Didn’t see your country above? No problem: Netflix carries Coming to America in 32 locations including Japan, Mexico, Hong Kong, India, Spain, and Germany. Even if you don’t live in one of these countries, you’ll likely find the original movie is included in your Amazon Prime Video library.

The above services are all geo-restricted, so if you’re somewhere these aren’t available, you’ll need a VPN to use them. Luckily, NordVPN comes with a 30-day money-back guarantee that allows you to try it completely risk-free. If you’re not impressed, just cancel within 30 days to receive a full refund, no questions asked.

Can I watch Coming 2 America without Amazon Prime Video?

Coming 2 America is an Amazon Original, so it won’t be available on any other streaming services. The good news is that Amazon Prime Video is available worldwide, except for China, Iran, Syria, North Korea, and Cuba. Some of these locations may have their own regional broadcasters at a later date, but there’s no details as to which these will be as yet.

What do we know about the Coming to America sequel?

Amazon has released a short trailer that quickly gets those who haven’t seen the first movie up to speed and gives us a good idea of the plot for the sequel. Essentially, Prince Akeem has become King Akeem and discovered that he has a son in the US. Coming 2 America then inverts the original, bringing a family from Queens back to Zamunda and forcing them to adapt to the local customs and traditions.

Who are the stars of Coming to America 2?

As you might expect, Coming 2 America has an all-star cast. Eddie Murphy is, of course, reprising his role, as are Arsenio Hall (who plays Semmi) and Shari Headley (as Queen Lisa Joffer). However, there are a considerable number of new faces, and we’ve listed a few of these below:

Additionally, there will be several high-profile cameos, including Morgan Freeman, Rick Ross, Trevor Noah, and Davido. These are just the ones who have been confirmed; you’ll have to watch the movie for yourself to spot the others.