How to watch the Davis Cup Finals 2019 online from anywhere 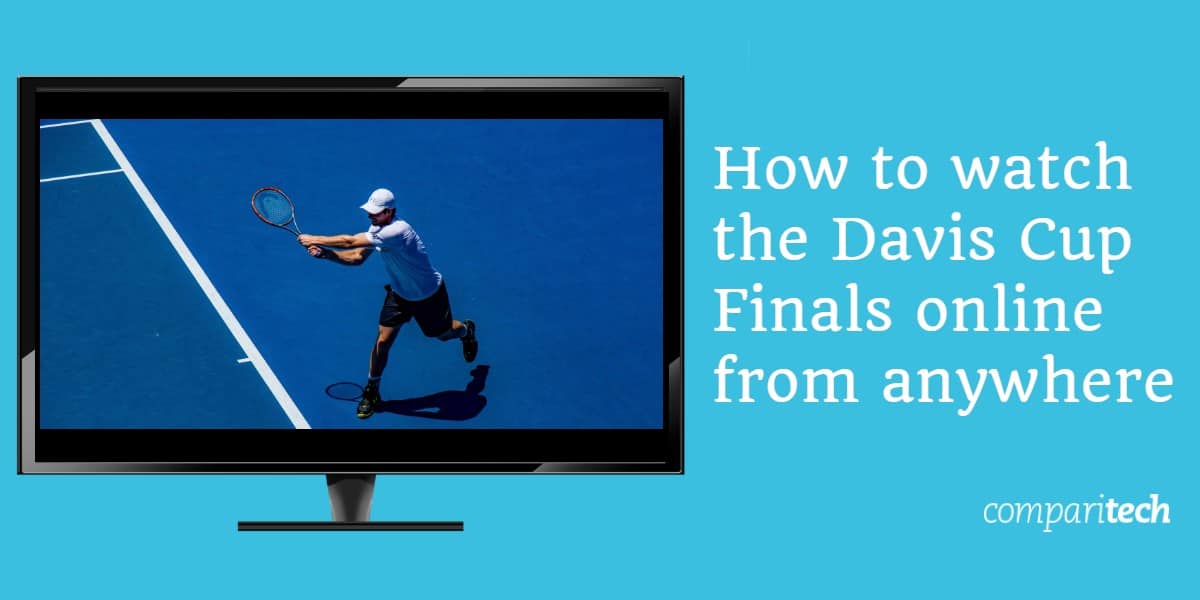 The Davis Cup Finals 2019 will be held at La Caja Májica in Madrid. The first match will begin at 4 PM CET (10 AM EST / 3 PM GMT) on Monday 18th November, although the following days will be split in two, with the morning session at 11 AM CET and the evening session at around 6 PM CET. If you’re looking to follow all of the action online, you’re in luck; below, we’ll explain how to live stream every second of the Davis Cup Finals online from abroad.

You should note that we’ll only be recommending official Davis Cup broadcasters. Although unlicensed streams are almost always available for high-profile sporting events, they tend to have laggy, low-resolution video, so we recommend avoiding them entirely. Further, third-party streams can be taken offline at any moment for copyright violation, meaning you may not get to see who wins. With plenty of legitimate ways to watch the Davis Cup Finals online, there’s no need to use a shady, unauthorized stream.

The 2019 Davis Cup Finals will only be shown on region-locked streaming services. So, you’ll need a VPN to watch from abroad.

Most geo-restricted streaming services rely on the user’s IP address to tell them which country the user is in. However, when you connect to a VPN server, you’re given a new, region-specific IP address. This tricks websites and services into thinking you’re somewhere different and allows you to access region-locked platforms from anywhere in the world. Below, we’ll walk you through the process step-by-step.

Here’s how to watch the Davis Cup Finals 2019 live online, from anywhere:

All of the Davis Cup 2019 Final matches will be broadcast live, which is why we recommend testing your VPN well in advance. This approach ensures that you’ll have plenty of time to get help if you run into any problems, which reduces the likelihood of you missing the start of an important game.

How to watch the Davis Cup Finals 2019 on UK TV

Eurosport UK will be showing two games per day (one from the morning session, one from the evening). Unfortunately, even if your cable subscription includes Eurosport, you’ll have to pay extra to watch online. It costs £6.99 for a monthly online-only pass, and there’s no free trial period.

This platform is only showing the Davis Cup Finals in the UK. This means that if you’re abroad, you’ll need a VPN to watch. ExpressVPN not only unblocks Eurosport, but it also includes a 30-day money-back guarantee, allowing you to try it risk-free. If you’re unimpressed, you can just cancel to claim a full refund, no questions asked.

Where else can I live stream the Davis Cup Finals online?

Every one of the participating countries has an official broadcaster, but many are still to be announced. Below, we’ll let you know which networks are showing the Davis Cup Finals live stream where you are:

Canadian tennis fans can stream their country’s matches live on Sportsnet. The good news is that if you already receive these channels as part of your cable TV package, you won’t have to pay another cent to watch online.

Looking to watch the Davis Cup Finals live stream without cable? Just sign up for Sportsnet Now instead; this costs $9.99 CAD for a one-week pass, which is just long enough to stream every game of the tournament (assuming Canada goes all the way).

Sportsnet is region-locked and only available in Canada. This means that if you’re abroad, you’ll need a VPN to access it.

Kayo will broadcast every Davis Cup Final fixture live, except for the ones featuring the Australian team. This service usually costs $25 AUD per month, but it includes a 14-day free trial, which is long enough to watch the entire event and then some. However, during registration, you’ll be asked to provide an Australian phone number. Kayo then sends you a verification code, making it difficult to sign up from abroad.

There are rumors that Channel 9 will show the Australian team’s matches, which would mean you could watch for free on 9Now. This would be in line with what we’ve seen for previous major sporting events like the Fed Cup. For now, though, Channel 9’s schedule does not show any Davis Cup fixtures.

Kayo and 9Now are both region-locked, so you’ll have to either be in Australia or connected to an Australian server to use them.

Don’t panic: what you see above isn’t a comprehensive list of every international Davis Cup broadcaster. Some countries still haven’t announced where you’ll be able to watch, but rest assured, if your country is competing, there will be a legitimate local source. For example, if you live in Germany, Austria, Switzerland, or Japan, you’ll be able to watch on DAZN, while French fans will use beIN Sports instead.

If there’s no official broadcaster where you live, you can just use the live stream on the Davis Cup website instead. You can pay €4.99 (roughly $5.50 USD) to watch one particular country’s matches or €7.99 to stream every Davis Cup Final game.

How does the Davis Cup work?

This year, the Davis Cup has changed slightly. There will now be 18 competing nations, divided into six groups of three. After the first few games, the winning teams and the two runners-up with the most points proceed to the quarter-finals.

From there on out, things become far simpler. Once only eight teams remain, the Davis Cup Finals become a knockout tournament. Eventually, only two teams will be left and the one that prevails will take home the Davis Cup.