How to watch French shows on Netflix in 2021

Looking to watch French shows on Netflix from outside France? We’ll explain which versions of Netflix have the most French content and how to stream French shows from anywhere with a VPN.
Ian Garland Streaming, Kodi and VPN Expert 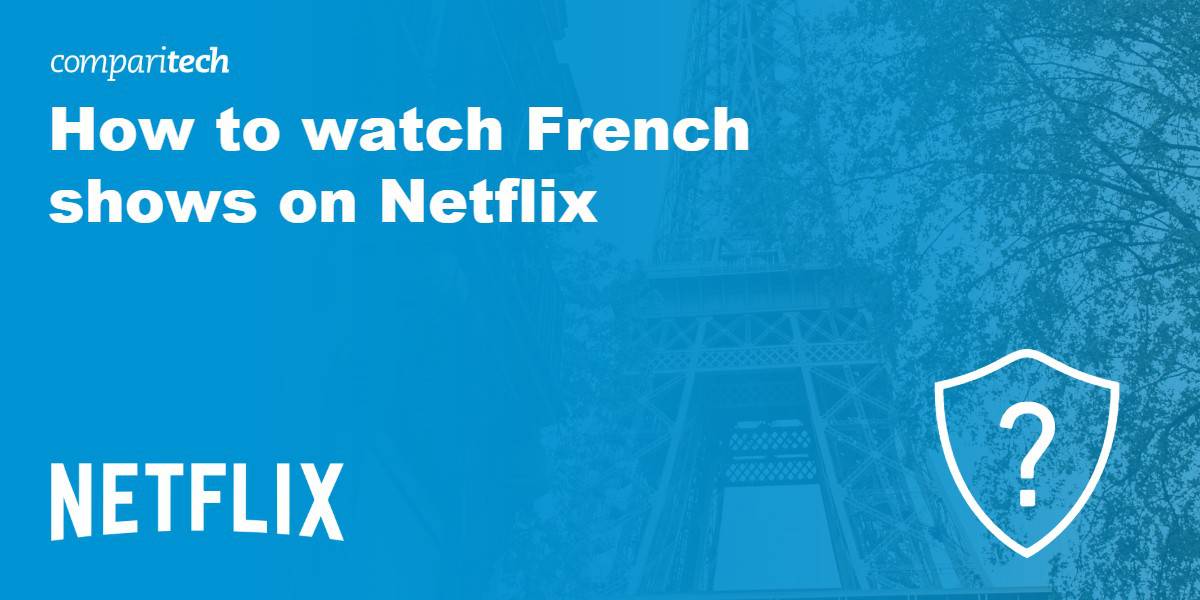 You’re likely already aware, but for licensing reasons, Netflix’s content changes depending on which country you’re in. This means that you can’t watch Les Grands or 2016 horror classic Grave from outside of France. Of course, it also means that when you travel, you may well find that there’s very little content you can watch without subtitles. Fortunately, it’s quite simple to bypass regional restrictions and stream French TV shows on Netflix while you’re traveling abroad.

Netflix uses your IP address to find out which country you’re in. If you connect to a VPN beforehand, though, it’ll only be able to see the IP address (and therefore, location) of your chosen server. In other words, using a French VPN server will allow you to access Netflix France from anywhere in the world. Your internet traffic will be encrypted too, which prevents it from being read by anyone who might be monitoring the network.

How to watch French shows on Netflix using a VPN

VPNs are easier to use than you might think. Just follow the steps below and you’ll be streaming French TV shows and movies in no time.

Here’s how to watch French shows on Netflix from anywhere:

Which shows and movies are exclusive to Netflix France?

According to the most recent data, Netflix France contains around 4,400 titles. Of these, some 2,700 are movies and around 1,700 are TV shows. However, unlike the Japanese or American libraries, Netflix France contains a relatively small number of exclusive titles. Further, these tend to have fairly low ratings and are generally a few years old. Nevertheless, here are a few of the titles that are only available in the French Netflix library:

Bear in mind that Netflix is geo-restricted, so if you’re outside of France, you’ll need a VPN to watch any of French shows and movies. Don’t have one yet? There’s no need to worry, since NordVPN comes with a 30-day money-back guarantee. This means you’ll be able to try it risk-free and claim a full refund if it fails to meet your expectations.

Do any other Netflix libraries have French TV shows?

There are French speakers all over the world, so it’s only natural that Netflix would offer some French-language content in other countries. Take a look below to find out which French TV shows and movies you can watch wherever you are:

The American Netflix library offers a solid selection of French content, and is currently one of just three that contains Oscar-winning French film, The Artist. That said, there aren’t many exclusives here; much of Netflix US’ French content is also available in the Canadian and British libraries. Take a look below for a small selection of what’s available:

While many of the above titles are included in a few Netflix libraries, they aren’t available worldwide. As such, you may need a VPN to stream them while abroad.

Given Canada’s high proportion of French speakers, it shouldn’t be a surprise that it has more French-language movies and TV shows than other libraries. There’s a nice mixture here, with everything from arthouse film to standup comedy to reality TV. Here are a few examples of what you can watch on Netflix Canada:

If you’re outside of Canada, you’ll need a VPN with Canadian servers to access the Canadian Netflix library.

Netflix users in Belgium have quite a few exclusive titles, but they tend to be from the 1970s and 80s. The standout here is the full animated series of Tintin, a character who was originally created by a Belgian cartoonist. Let’s take a look at what else is available:

Unfortunately, most VPNs can’t access the Belgian Netflix library. If you’re abroad and trying to stream the titles above, there’s no harm in trying, though.

Compared to some of the locations above, the UK has a pretty limited range of French content, and just a handful of titles that can’t be watched anywhere else. Here are all of the French movies exclusive to Netflix UK:

Naturally, if you’re travelling abroad, you’ll need a VPN to unblock and watch the above titles.

It’s worth noting that Netflix Originals are available worldwide, and each of these comes with a French-language option, as well as the ability to watch with French subtitles. Further, these are available on the day of the premiere, which allows you to stay up-to-date with the latest trending shows, without having to wait months for an international release.

Here are some of the Netflix shows you can watch in French from anywhere:

Further, there’s a solid selection of French TV shows and movies that are available in most (but not all) Netflix libraries. As such, if you’re traveling, there’s a good chance you’ll be able to stream titles like:

Can I watch French shows on Netflix with a free VPN?

Free VPNs are a poor choice for most tasks, but especially for streaming Netflix. To begin with, they tend to have very slow speeds, owing to their limited networks and the fact that so many people want to use them. Additionally, these services tend to struggle when it comes to unblocking geo-restricted services. This is because the large amount of traffic coming from a small pool of IP addresses makes it very easy to identify and block their servers.

It’s important to note that these services pose a real security risk too. Many fail to encrypt your traffic at all, making them effectively useless from a privacy standpoint. Further, there’s a decent chance you’ll inadvertently install malware that’s posing as a free VPN to gain access to your device. Instead of taking a chance on a potentially unsafe free service, we recommend using a trustworthy VPN with a history of standing up for privacy.

Will I be banned from Netflix for using a VPN?

No. VPNs are legitimate privacy tools, used by millions of people around the world. If Netflix banned everyone who tried using the service while connected, it’d have no customers left. The worst that will happen is that Netflix will refuse to show you country-specific titles until you disconnect from the VPN.

Why are some Netflix titles not showing up for me?

Previously, if Netflix detected you were connected to a VPN, it would simply show you an error (“You seem to be using an unblocker or proxy”). Nowadays, things are slightly different. Instead, you’ll only be shown titles that Netflix has the rights to show everywhere. Naturally, this is a far smaller selection of content than you would see otherwise.

So what can be done in this situation? First, it’s a good idea to clear your cookies to make sure that Netflix isn’t relying on old location data. Next, try a different server (many VPNs even have dedicated servers for unblocking regional Netflix libraries). If these steps don’t work, we recommend getting in touch with your VPN provider’s support team. If troubleshooting fails, your only other option is to use a different VPN entirely.

Does Netflix provide French subtitles or a French language option?

Netflix has done excellent work in bringing foreign-language content to a much wider audience than would normally see it. It has a ton of French dubbed and subtitled content, although the exact number of titles will vary depending on your location.

According to uNoGS, a global Netflix search engine, there are over 1,700 French dubbed shows and almost 2,670 with French subtitles in the US library alone. As you might expect, it’s easier to find French content in the Canadian library, with almost 2,300 dubbed and 3,875 subtitled TV shows and movies.