If you're looking to access Netflix France while traveling abroad, you're in the right place. We explain the simple steps to setting up a VPN so you can watch French Netflix from anywhere.
Paul Bischoff TECH WRITER, PRIVACY ADVOCATE AND VPN EXPERT 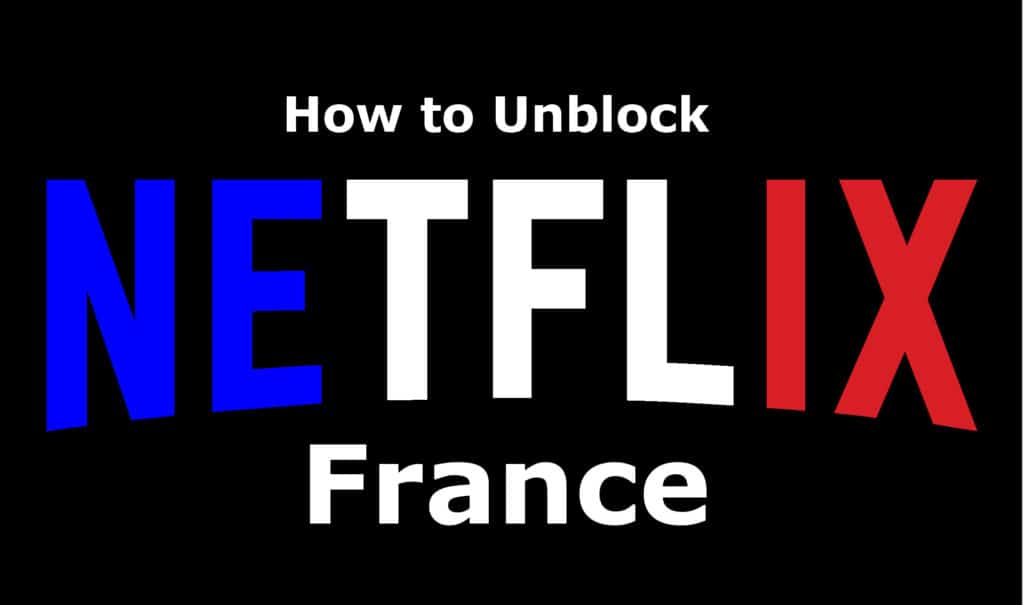 The demand for VPNs that unblock the American version of Netflix is higher than any other country, but that doesn’t mean US Netflix has the only catalog of TV shows and movies worth unblocking. Other countries like France have their own content, much of which can’t be found in other countries, even the US. Netflix France’s archive includes French shows like Marseille, Braquo, Engrenages, and Wakfu, as well as English-language content that can’t be found in the US like Fargo, Penny Dreadful, Modern Family, and Big Bang Theory.

We’ll cover the VPNs in much more detail, but if you don’t want to read the full article, here are our top picks:

But French subscribers who attempt to access Netflix France from outside the country are automatically redirected to the local version of the site and limited to that country’s catalog of shows and movies. To access Netflix France, you need a French IP address. An IP address is a unique string of numbers and dots that Netflix uses to identify your device and its physical location.

The best way to get a French IP address is to connect to a VPN. Short for Virtual Private Network, a VPN encrypts all of a device’s internet traffic and routes it through an intermediary server in a location of your choosing. By connecting to a VPN server in France, for example, your real IP address will be masked by the server’s French IP address, allowing you to access French content.

Unfortunately, Netflix blocked most VPN servers from accessing its library in 2016 when the service went global. If you attempt to watch French Netflix while connected to a blacklisted VPN server, you’ll receive the following error message:

Now only a handful of VPNs are able to bypass the Netflix proxy error in France. We curated the following list of the best VPNs for Netflix France based on the following criteria:

Note that these VPNs were tested on a desktop web browser, and we do not guarantee they will work on the Netflix app for mobile and streaming media consoles.

The Panama-based company retains no information about how you use the VPN or your online activity, as laid out in its zero-logs policy. Encryption standards are up to date and strong enough to keep out hackers and your ISP. A single subscription allows you to connect up to six devices at the same time.

BEST VPN FOR FRENCH NETFLIX:NordVPN is our top pick. It’s a great all-rounder that’s super fast and works well with French Netflix. Strong security features and allows up to 6 devices to be used simultaneously from one account. Includes a 30-day money-back guarantee for a risk-free deal.

Surfshark is a budget VPN with a mid-sized network, with roughly 3,200 servers in 63 countries. As you might expect, this makes it a popular option for streaming Netflix while traveling abroad. In fact, this VPN doesn’t even struggle with stubborn platforms like Netflix, Amazon Prime Video, or BBC iPlayer. Best of all, you can have unlimited simultaneous connections, which means you can protect every device in your household with one subscription.

This service keeps you safe using cutting-edge security features. For instance, it includes a NoBorders mode (for browsing safely in countries with strict online restrictions), a kill switch (for ensuring your traffic is hidden at all times), and 256-bit AES encryption, plus protection against DNS and IPv6 leaks. Most importantly, Surfshark follows a no-logging policy, meaning it can’t divulge details of your activities. Support staff can be reached 24/7 over live chat.

Surfshark offers easy-to-use apps (or browser extensions) for iOS, Android, MacOS, Windows, and Linux systems. It also works with certain home routers but you’ll have to configure it manually.

BEST BUDGET VPN:Surfshark isn’t just a fast VPN, it’s also extremely secure. With a no-logs policy and a wealth of advanced security features, it allows you to access Netflix safely from anywhere in the world. Better still, this service offers a 30-day money-back guarantee.

ExpressVPN successfully unblocked Netflix France in our tests. The premium provider also unblocks the US and UK Netflix, among some possible others. ExpressVPN has consistently been one of the best VPNs for unblocking Netflix across the board. All servers are optimized to bring you maximum connection speed and stability, enough to stream Netflix in HD without buffering.

Encryption standards are the strongest on the market, featuring 256-bit AES encryption and perfect forward secrecy. The company records no logs of user activity nor your real IP address. Live customer support is available 24/7. A single subscription gets you up to five simultaneous devices.

FLAWLESS STREAMING:ExpressVPN is another solid choice. It reliably unblocks Netflix content from France and most streaming services with solid speeds for buffer-free HD viewing. Total security and privacy. Includes a 30-day money back guarantee.

PrivateVPN is a relative newcomer to the VPN industry, but this rising star is already proving to be a capable unblocker of streaming services. We were able to unblock Netflix France when connected to the VPN with no issues. Despite a much smaller server network, PrivateVPN offers some of the fastest download speeds in the business. We’ve also been able to unblock Netflix US and Netflix Italy, among others.

Security is strong too. You’ll get uncrackable encryption, a kill switch, and DNS leak protection all built into the apps. No logs of user activity are stored on company servers. You can connect up to five devices at the same time on a single subscription.

GREAT SPEED:PrivateVPN is a good family choice. Unblocks French Netflix. Good for browsing and torrenting. Could do with having more servers and lacks 24/7 support. 30-day money-back guarantee.

CyberGhost unblocks a wide range of streaming services with geo-restrictions including Netflix France, as well as Disney Plus, Prime Video (US), BBC iPlayer, and many more. The app clearly shows which servers unblock which streaming services, so there’s no guesswork in trying to find a server that works. Speeds are fast enough to stream in high definition.

CyberGhost doesn’t store any logs that could identify a user. It employs strong encryption and leak protection and offers users a kill switch for added security. Live chat support is available 24/7.

You can have a VPN connection on up to seven devices at once on a single account. Apps are available for Windows, MacOS, iOS, Android, Linux, and Fire TV.

EASY NETFLIX FRANCE UNBLOCKING:Cyberghost is a value option for Netflix. CyberGhost’s user-friendly apps and fast speeds make it a great choice for unblocking Netflix France and other streaming services. It comes with a 45-day money-back guarantee.

Can I use a free VPN to watch Netflix France?

We recommend avoiding so-called “free” VPNs altogether. Many of them exploit users by mining their browsing data, injecting tracking cookies into their browsers, and inserting ads onto web pages. They often sell users’ data to third parties, typically advertising companies.

Free VPNs also tend to cap your data, restrict bandwidth, and have a much smaller server selection. Too frequently, they carry malware that can steal data or damage your device.

We’ve listed all of the VPNs that we know work with French Netflix. The vast majority of others won’t work. Here are a few that you might come across in your search, but despite what other sites might tell you, they don’t work with Netflix France as of the time of writing.

If you purchased a subscription from one of the VPN providers we’ve recommended above but still get the Netflix proxy error, try the following steps.

Can I watch American Netflix in France?

Yes. Most of the VPNs that unblock the French version of Netflix can also unblock the American version. Just connect to a VPN server in the USA. Check out our article on changing your Netflix region.

Why does Netflix have regional restrictions?

Netflix negotiates licensing agreements with copyright holders for the right to stream TV shows and movies that it did not have a hand in making. Those agreements are often made on a country-by-country basis, so Netflix might buy the rights to stream a show in one country but not another. Perhaps the show is not popular enough in a given country for Netflix to bid on it, or perhaps another TV channel or streaming service already owns the rights.

In order to enforce those licensing agreements, Netflix must restrict viewers according to where they live. This is typically done by checking the IP address of the viewer’s device, which can be masked by a VPN. Netflix is aware of this tactic, however, and blocks connections from most known VPN servers.

Can I watch French shows on regional Netflix?

Yes, Netflix has plenty of content exclusive to viewers in France. You can also take advantage of French subtitles if they aren’t offered in your own country.

Is Netflix France different to Netflix US?

According to Finder, Netflix France has 1,047 TV shows, while Netflix USA has 1,845 at time of writing.