How to watch The Expanse season 5 online

Excited for the new season of The Expanse? We’ll get you up to speed on all of the important details like where to watch, when it premieres, and how to stream The Expanse season 5 from anywhere.
Ian Garland Streaming, Kodi and VPN Expert 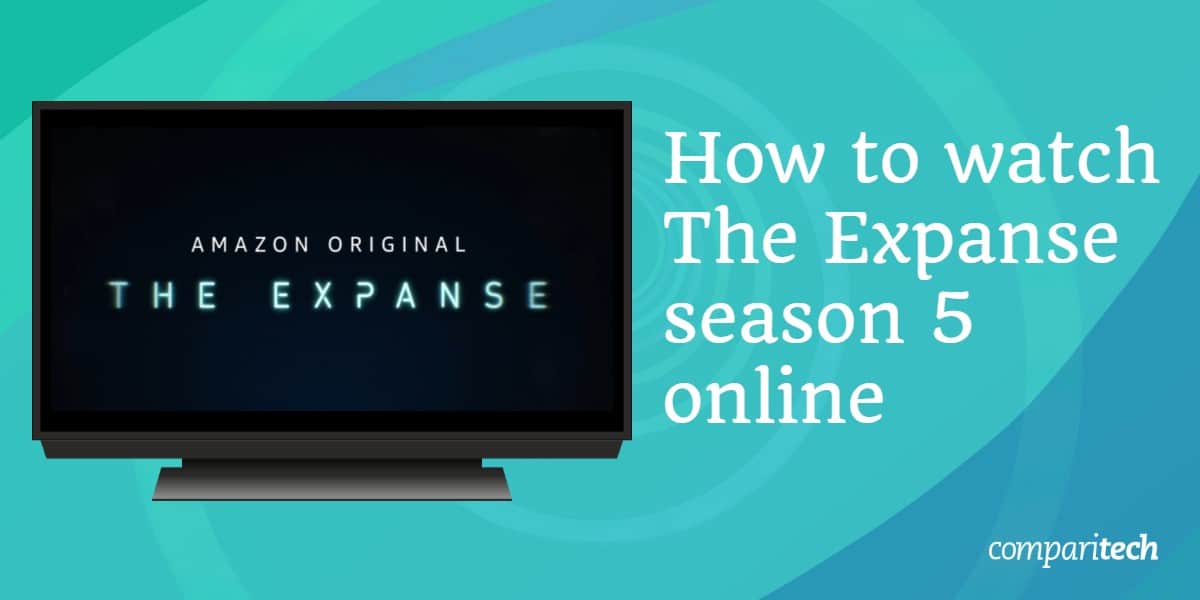 It’s very rare to see a show release simultaneously all over the world, but that’s exactly what will happen with The Expanse. Fans in more than half a dozen countries will get to stream the first three episodes on December 16, with a new one every Wednesday afterward. Below, we’ll let you know which streaming service this show is on and how you can watch The Expanse season 5 from abroad.

The Expanse is very popular, which makes it likely that there’ll be unauthorized streams available. However, we recommend avoiding these. To begin with, they tend to have very poor video quality. Further, third-party sources are frequently taken offline for copyright violation, which could leave you without a way to finish the series. Luckily, it’s extremely simple to stream The Expanse online, making unofficial sources completely unnecessary.

This show will only be shown on one geo-restricted streaming platform. As such, you’ll need a VPN to watch if you’re traveling abroad and want to watch on your usual home services.

Don’t worry: even if you’ve never used a VPN before, you can unblock The Expanse in a matter of minutes. Below is a quick step-by-step guide to streaming region-locked content with a VPN.

Here’s how to watch The Expanse season 5 online from anywhere:

How to watch The Expanse season 5 online

The fifth season of The Expanse will air exclusively on Amazon Prime Video. If you’re an Amazon Prime subscriber, you’ll have access to this service already, and can start streaming new episodes the moment they’re added on December 16. There doesn’t seem to be any kind of staggered release: if your local content library is getting The Expanse, it’s coming on December 16, regardless of where you are in the world.

Don’t have Amazon Prime? Prices vary, but in the US, a monthly subscription costs $12.99 USD. There are also discounts for students and those willing to pay for a year’s subscription upfront. Further, Amazon offers a 30-day free trial in many countries. What’s particularly interesting is that this isn’t a one-time thing; users are allowed to begin a trial as long as they haven’t already done so in the past 12 months.

Here are some of the countries where Amazon will be airing The Expanse season 5:

In each of these locations, Amazon Prime also allows you to watch the first four seasons of The Expanse at no added cost. As such, it’s extremely easy to get caught up if you missed a few older episodes, or if you’ve decided to start watching from the beginning.

Although Amazon will be showing The Expanse in a huge number of countries, there’s no guarantee it’ll be available everywhere. However, you can stream this show from abroad by using a VPN. NordVPN unblocks the British and American versions of Amazon Prime Video, plus it comes with a 30-day money-back guarantee. This means you can try it out completely risk-free.

What is The Expanse season 5 about?

Thanks to the three-minute trailer, we actually know a good amount about season 5. For instance, we know that Atmos will reconnect with his father back on Earth. He isn’t the only one with family trouble, as Naomi sets out to find her missing son.

However, the main plot thread of the upcoming season is the impending war between the Belt and the Inners. Expect intrigue, action, and suspense, with a healthy dose of character drama thrown in for good measure. Without giving too much away, this series is set to be packed with twists and turns, giving long-time fans plenty to look forward to.

Will The Expanse be returning for season six?

You might have heard that The Expanse was canceled, and that’s technically true; Syfy dropped it back in 2018. However, the show has since been picked up by Amazon Prime Video. Unfortunately though, after the show’s sixth season, it’ll be taking a break. However, the show’s writers have mentioned that it’s not necessarily the end, since they only planned for an initial six-season arc. There’s still plenty of content left to adapt in the book series that this show is based on, so with a little luck, fans might one day get to see the whole story play out on their TV screens.