What is the Kodi Durex build? Is it legal and safe to install? 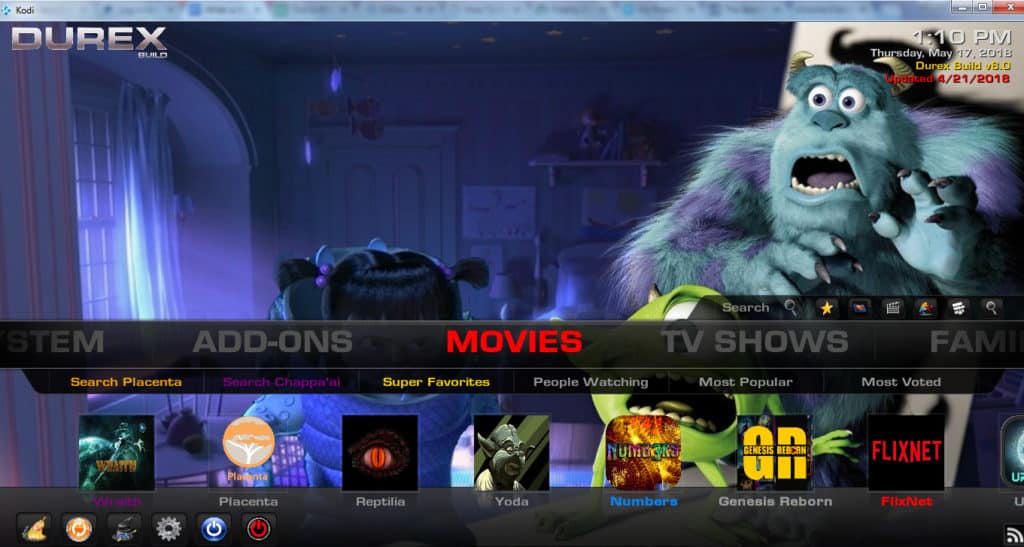 If you’ve been looking for an easy way to get free movies and TV shows on Kodi, you may have heard of the Kodi Durex Build. Supporters of the Kodi Durex Build say that it saves time by providing all of the best Kodi addons in one package, preventing users from having to find addons scattered throughout multiple repos.

Kodi is a free software media player from the Kodi Foundation. It allows users to play videos or music stored on their devices or streamed from the Internet. Kodi has become popular amongst “cord-cutters” who seek to escape the high cost of cable and satellite TV service. It can be installed on popular TV devices like the Amazon Fire Stick, Apple TV, and Nvidia Shield, as well as Android and iOS mobile devices and personal computers that run Windows, Mac OSX, or Linux.

Read more: How to get started with Kodi

Whenever you stream video using Kodi, you should always protect your privacy and security by using a virtual private network (VPN). Many streaming sites try to block users who live outside of particular countries from viewing content. VPNs help to prevent this by hiding your IP address.

VPNs also encrypt your data, preventing your ISP from knowing that you are streaming video. This helps stop buffering caused by ISP speed throttling. In addition, VPNs help to protect users against man-in-the-middle attacks from hackers.

Not all VPNs are good for Kodi users. Most don’t have apps for TV devices that are often used to run Kodi. Many have servers in too few countries to reliably disguise a user’s location. Some keep logs of users’ behavior, creating a privacy risk.

For these reasons, we recommend IPVanish to Kodi users. It has an app for Amazon Fire Stick and Nvidia Shield, has servers in over 60 countries, and has a strict policy against keeping logs. It’s a great way for Kodi users to protect their privacy while streaming video.

BEST VPN FOR KODI DUREX BUILD:IPVanish is our top choice. Has a large uncongested network of servers and achieves good speeds. Strong security and privacy features make IPVanish a favorite for Kodi and Amazon Fire TV Stick users. Try it risk-free with the 7-day money back guarantee.

What is Kodi Durex Build?

The Durex Build is a “build” for Kodi, a complete package that includes a new skin, changes to Kodi settings and menus, and multiple addons. Like other Kodi builds, the Durex Build is supposed to make it easy for users to quickly setup Kodi for maximum benefit, without having to search around for multiple components to install.

The Durex Build comes with a flashy new Kodi skin containing an image from Pixar’s Monsters, Inc. as its background. The menu icons are arranged horizontally, with submenus that show up underneath them. It also comes preinstalled with multiple Kodi addons, including Yoda, Wraith, Placenta, Reptilia, and Genesis Reborn, amongst others.

Problems with the Kodi Durex Build

Second, the addons in the Durex Build are copied from many different repositories, some of which may have been shut down since the build was created, leaving them vulnerable to being taken over by hackers and used to spread malware.

The copies of the addons contained within the Durex Build may also not be the most current versions. In addition, it’s possible that the creator of the Durex Build has altered the code on these addons. After all, the build was created by an anonymous coder who is known only by the pseudonym “Durex.” No one knows who this person really is.

To make matters worse, the Durex Build appears to be non-functioning at the moment. We installed a copy on an old computer to get a screenshot for this article and found that it crashed repeatedly, rendering Kodi completely useless. The only way to fix this problem was to completely uninstall Kodi and reinstall, erasing all of the previous addons and settings we had before installing Durex. So not only is Durex a provider of pirated content and is a risk to your privacy and security, it also doesn’t work.

Because of these problems, we do not recommend installing or using Kodi Durex Build. Instead, we recommend the alternatives listed below.

See also: How to uninstall a Kodi build on Amazon Fire Stick

If you only wanted the Durex Build to make your copy of Kodi look nicer, you can always just install a different Kodi skin instead. Here are a few that serve as pretty good replacements for the Durex skin. 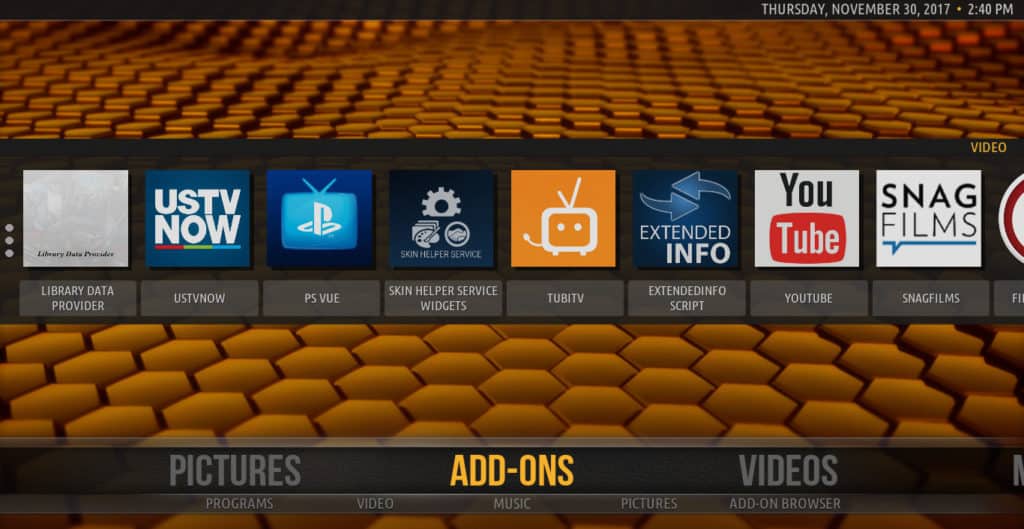 Amber provides backgrounds consisting of a dolphin, an action hero, film reels, and other objects. Like Durex, it has a horizontal menu with large text that makes it easy to see what a particular menu-option will do. 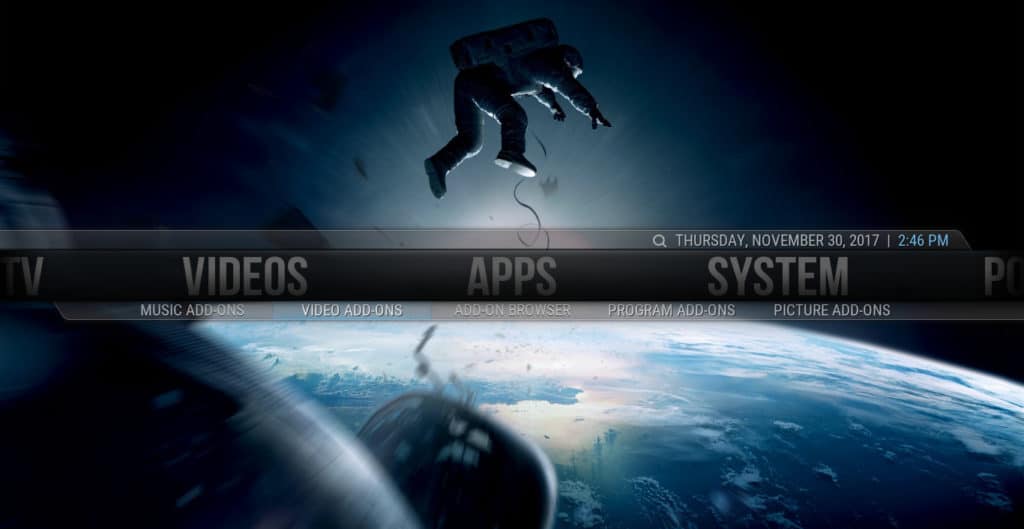 Aeon Nox is one of the most popular Kodi skins around. There are multiple versions of it, but the basic one that is available in the official Kodi repo provides a stunning background image of an astronaut who has been cut loose from his tether and is in danger of flying off into space. Like the Durex Build skin, Aeon Nox has a horizontal menu with large text. 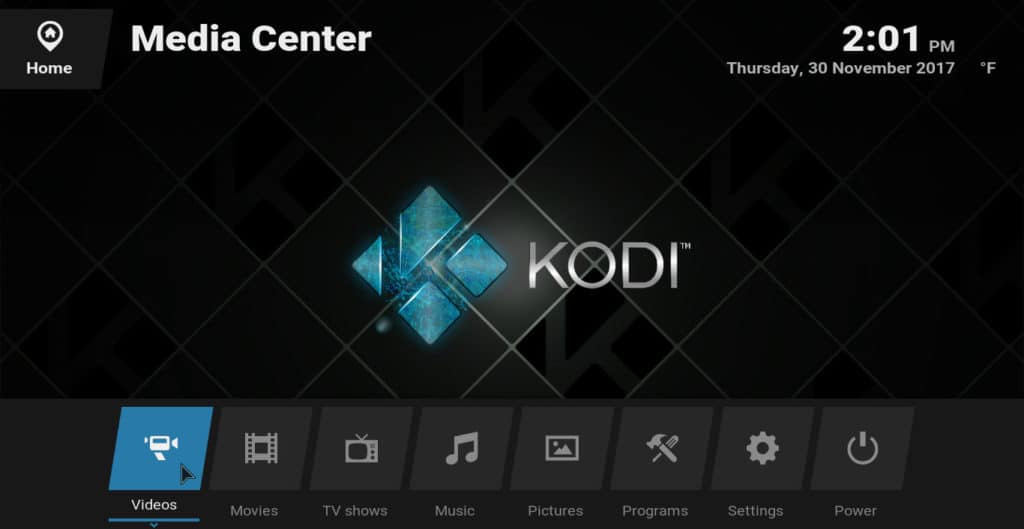 Eminence has a black background with the blue Kodi logo in the center. It has a horizontal menu. Unlike the Durex Build, Aeon Nox, and Amber, Eminence has smaller icons, allowing all of the Kodi menu items to show on one screen.

For more info about how to install Kodi skins and which ones are the best, read our complete guide to Kodi skins.

If you wanted Durex in order to find free shows and movies, you can get that instead by installing addons manually that are legal and safe. It takes a little more work to install these addons one-by-one, but at least this helps prevent you from damaging your device or causing Kodi to crash over-and-over again.

By combining multiple addons with a new skin, you can even create your own “Kodi build,” made specifically to suit your preferences. Here is a list of some of the best Kodi addons you can use to get free movies and shows.

Tubi TV is one of the best legal streaming video sites on the Internet. It has a catalog of over 50,000 titles, including action films, horror movies, TV shows like Merlin and Blue Bloods, anime, classic movies, and more. If you watch Tubi TV through a web browser, the content is interrupted repeatedly by commercials. However, the Tubi TV Kodi addon completely blocks these ads.

Tubi TV can be found in the Kodi1 repo. Here is a guide to installing and using Tubi TV for Kodi.

Big Star Movies is part of the SuperRepo repository. Here is how to install SuperRepo. Once SuperRepo is installed, go to the Kodi main menu and select addons → package installer (the open box icon in the upper-left of the screen) → install from repository → SuperRepo All → video addons → Big Star Movies & TV → install.

Crackle is another free TV and movie site with plenty of popular titles, including Heroes, Heroes Reborn, The Shield, Terminator: The Sarah Conner Chronicles, Jarhead, The Grudge, Resident Evil: Retribution, and many others. If you watch Crackle programs through a web browser, you’ll be subjected to multiple intrusive advertisements throughout the program. But the Kodi addon eliminates these advertisements.

Crackle is in eracknaphobia’s repo. Here is the complete guide to installing and using Crackle for Kodi. 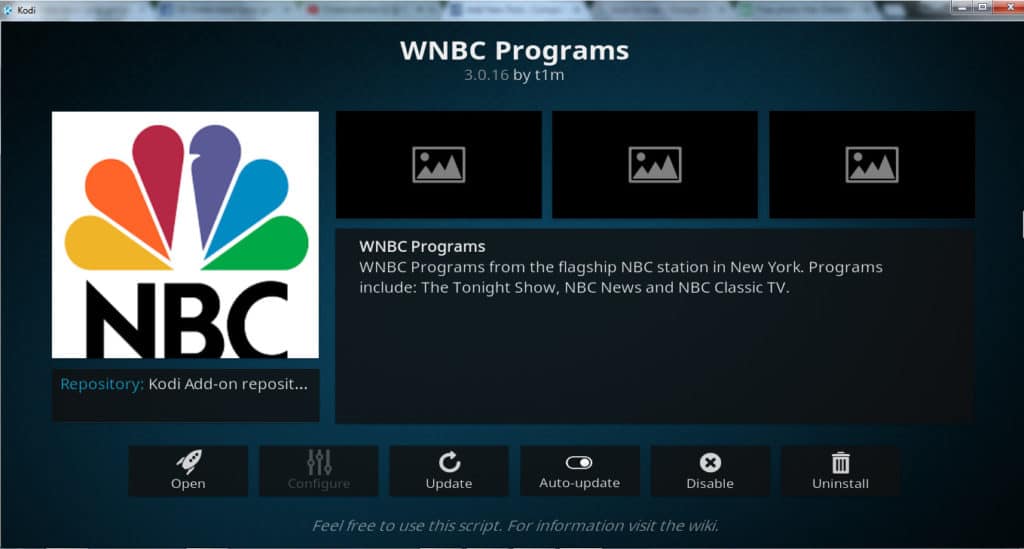 The WNBC Programs Kodi addon connects to NBC.com. It streams the latest episodes of popular NBC shows like Good Girls, A.P. Bio, The Voice, and The Blacklist. It also gives users access to classic NBC shows like Knight Rider.

Related article: The best VPNs for NBC so you can watch it anywhere.

We hope you’ve enjoyed this guide to the Kodi Durex Build. If you’d like more info about how to get the best content for your Kodi while still protecting your privacy, read some of our other guides, including the best 114 Kodi addons, the best Kodi addons for live sports, and the best live TV kodi addons.