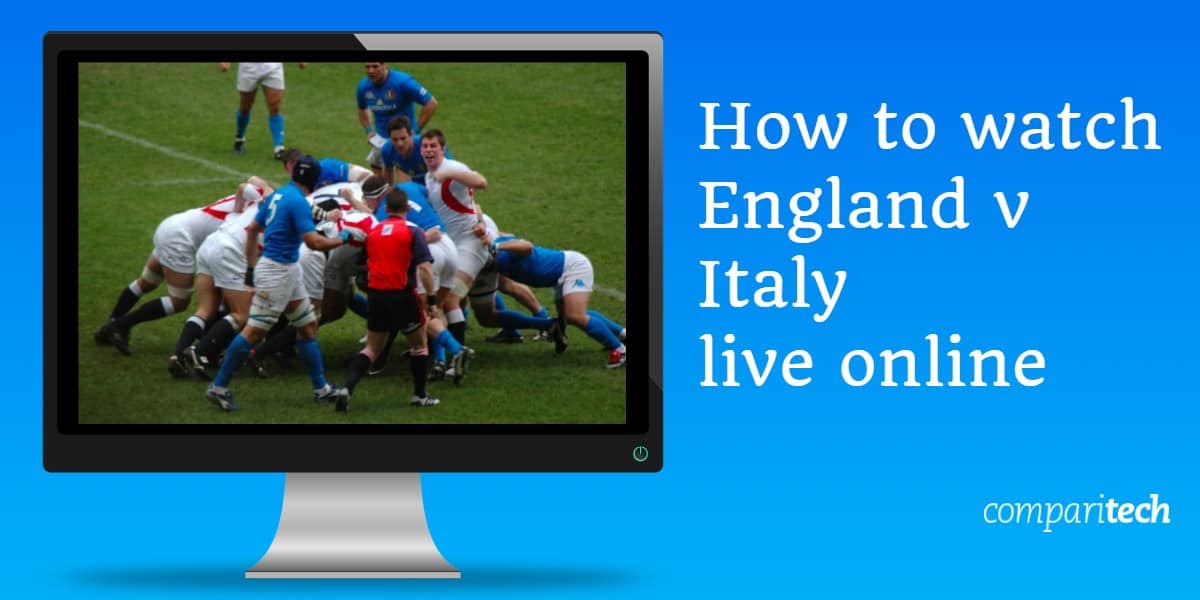 The England v Italy Rugby World Cup warm-up match will take place at St James’ Park on September 6 at 7:45 PM BST. We’ll show you how to live stream the England v Italy Quilter International, whether you’re in the UK or abroad, with the help of a VPN. We’ll even recommend the best VPNs to use.

Note that we’ll only be recommending official sources for watching England v Italy live online. There are typically lots of unauthorized streams for popular sporting events such as this. However, unofficial streams are very unreliable and likely to be taken down during the match. They also tend to offer poor image quality and have severe performance issues including lag and buffering which may cause you to miss part of the game.

The England v Italy World Cup warm-up match is only available on Sky Sports which means you’ll need a VPN in order to watch it outside the UK.

Unfortunately, there’s no way to watch England v Italy live online for free. However, the England v Italy Quilter International will be broadcast live on Sky Sports. As such, Sky Sports customers in the UK can watch the match live on TV or online via Sky Go at no additional cost. If you don’t have Sky Sports, it’s worth knowing that the required channel package is £23 on top of the cost of a Sky TV subscription.

You also have the option of watching England v Italy without a cable TV subscription by purchasing a Now TV Sky Sports Pass. Indeed. The options include a daily pass (£8.99), weekly pass (£14.99), monthly pass (£33.99), and monthly mobile pass (£5.99). Whether watching Sky Sports via Sky Go or the Now TV Sky Sports Pass, you’ll need a VPN to watch abroad. That’s because both services are region-locked and only available in the UK.

While the above options require a paid subscription, keep in mind that ExpressVPN offers a 30-day money-back guarantee. As such, you can try it out with absolutely no risk during the England v Italy match and receive a full refund if you’re not satisfied with the service.

Can I use a free VPN to watch England v Italy live online?

Not only do we advise against using a free VPN to watch England v Italy, we don’t recommend the use of free VPNs at any time. If you’re looking to live stream sports events such as the England v Italy Quilter International or the Rugby World Cup abroad, free VPNs simply aren’t reliable enough. For example, most free VPNs are unable to unblock popular streaming services such as Sky Go. What’s more, their slow servers make live streaming difficult, with frequent interruptions that may result in you missing out on key moments.

While many people use a VPN to unblock geo-restricted websites and services and watch live events abroad, another important factor to consider is privacy. A VPN should encrypt your data and protect you from leaks using security features such as a kill switch. However, many free VPNs simply don’t offer this kind of protection. Worse still, a lot of free VPN services log your data (including your browsing history) and sell it to third parties. There are even reports of free VPNs selling your bandwidth for use in botnet attacks.

Who are the favorites to win the England v Italy Rugby World Cup warm-up match?

England are the overwhelming favorites to win the Rugby World Cup warm-up game against Italy. The last time the two teams met was in the 2019 Six Nations Championship at Twickenham in March 2019 when England scored eight tries to win 57-14. In fact, England and Italy have met in 25 rugby test matches since their first meeting in 1991 with England having won every match.