How to watch the FA Cup Final online from anywhere

Looking to stream the 2022 FA Cup Final live? We'll explain how to watch the FA Cup Final abroad from anywhere in the world with a Virtual Private Network (VPN)
Ian Garland Streaming, Kodi and VPN Expert 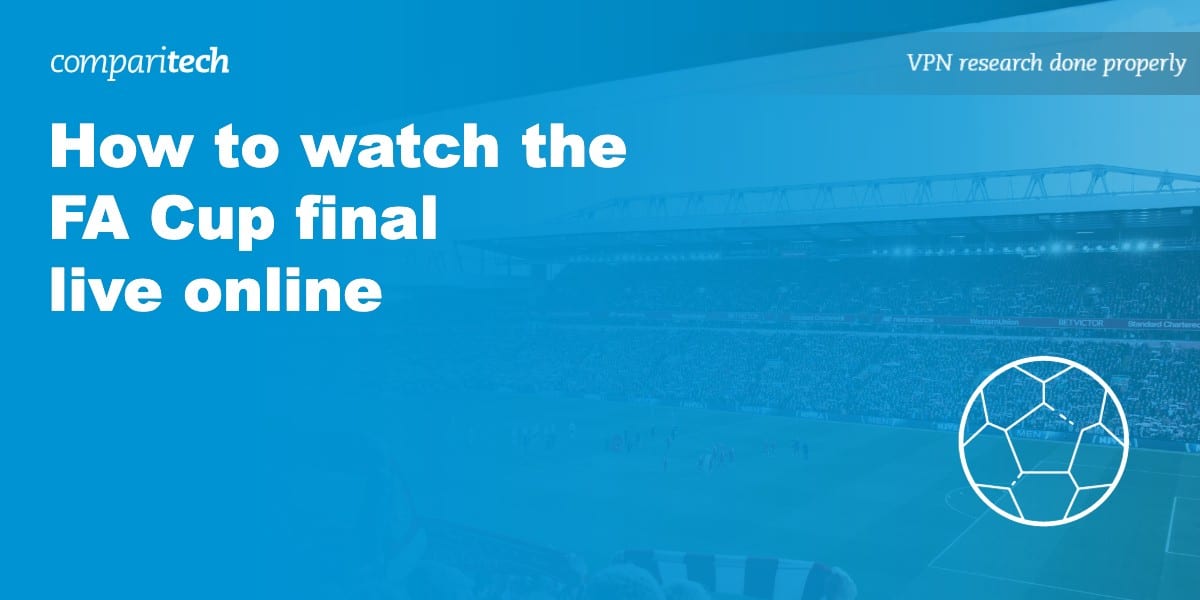 The FA Cup Final match between Chelsea and Liverpool will take place on May 14 from 16:45 BST. With both squads having won the cup at least seven times, this promises to be a match you won’t want to miss. Luckily, you don’t have to be there in person to show your support; below, we’ll let you know how you can stream the FA Cup Final live online.

It’s important to note that we’ll only be recommending official FA Cup sources. There are almost always unlicensed streams showing high-profile sporting events like these, but we advise against using them. To begin with, they’re often laggy, with low-resolution video. Further, copyright holders have been known to monitor link-sharing forums and have unauthorised streams taken down mid-match. Given that you can watch the final for free, there’s really no reason to use an unofficial stream.

Popular streaming platforms often geo-block their content, meaning it’s only available to users in specific countries. As a result, you’ll need a VPN to use these services while traveling abroad.

Here’s how to stream the FA Cup Final 2022 online from anywhere:

Since the FA Cup Final will be broadcast live, it’s a good idea to test your VPN in advance. In doing so, you ensure that there’s still time to get help if anything doesn’t work as expected. This also means that you might not have to miss the start of what’s sure to be an extremely important match.

NordVPN is offering a fully-featured risk-free 30-day trial if you sign up at this page. You can use the VPN rated #1 for streaming football with no restrictions for a month—great if you want to catch the cup final during a short trip abroad.

You can watch Chelsea vs Liverpool free-of-charge on both BBC iPlayer and ITV Hub. If you’re planning on live streaming the FA Cup final, you’ll need a TV license, but you can always watch on-demand the following day without (via the ITV Hub).

These services only work in the UK but If you’re abroad, you can still watch the FA Cup Final by connecting to a VPN. We recommend NordVPN. This service includes a 30-day money-back guarantee, so you can try it risk-free and receive a full refund if you don’t want to keep it.

Where else can I live stream the FA Cup Final?

Some of the best soccer teams in the world compete in the FA Cup, so it’s no surprise that there’s a huge amount of international interest. Luckily, this match will be shown live in dozens of countries; take a look below to find your country’s official FA Cup broadcaster.

In the US, the 2022 FA Cup will be broadcast exclusively on ESPN+. This service costs $6.99 USD per month (or $69.99 per year). As an added bonus, you’ll also be able to stream this match on-demand for a few days after it airs, so there’s no need to worry if you have other plans on May 14.

ESPN+ is geo-blocked and currently only available in the United States. As a result, you’ll have to use a VPN to access it from other countries.

Soccer fans in Canada can watch these matches live on Sportsnet. If your cable TV package already includes Sportsnet, you can log in and start streaming at no added cost. If not, you can sign up to this platform’s over-the-top service, Sportsnet Now for $14.99 CAD per month. Unfortunately, there’s no trial period, but as Sportsnet is the only network showing the FA Cup Final in Canada, there isn’t much you can do about it.

Sportsnet is only available in Canada. If you usually live in Canada but are currently abroad, you can simply use a Canadian VPN server to access this service.

The broadcast rights to the FA Cup have changed hands again, and now Paramount+ is the only place Australian fans can watch. The final will be broadcast live at 01:45 AEST and available on-demand so you can watch at a more reasonable time. Paramount Plus costs $8.99 AUD per month and comes with a seven-day trial. In other words, you can stream the FA Cup final for free, provided you cancel in time.

The service above is geo-blocked. This means that you’ll need a VPN to watch from outside of Australia.

beIN Sports will be showing the FA Cup Final match across the Middle East & North Africa. Prices (and free trial availability) vary from one country to another, but you can generally expect a monthly subscription to cost around $10 USD. Additionally, beIN Sports generally offers commentary in several different languages, so you won’t have to read subtitles during those tense moments.

This service has separate, geo-restricted sites for each of its supported regions. You can easily access a specific country’s version of the site from abroad using a VPN, however.

These matches will be broadcast in far too many locations to cover individually. If we haven’t mentioned your country above, you might want to take a look at the list of international FA Cup broadcasters. Many of these will have their own streaming platform, and perhaps even a trial period. This means that with a bit of luck, you’ll be able to watch the FA Cup final live, wherever you are in the world.