How to watch English Premier League live online (without cable) 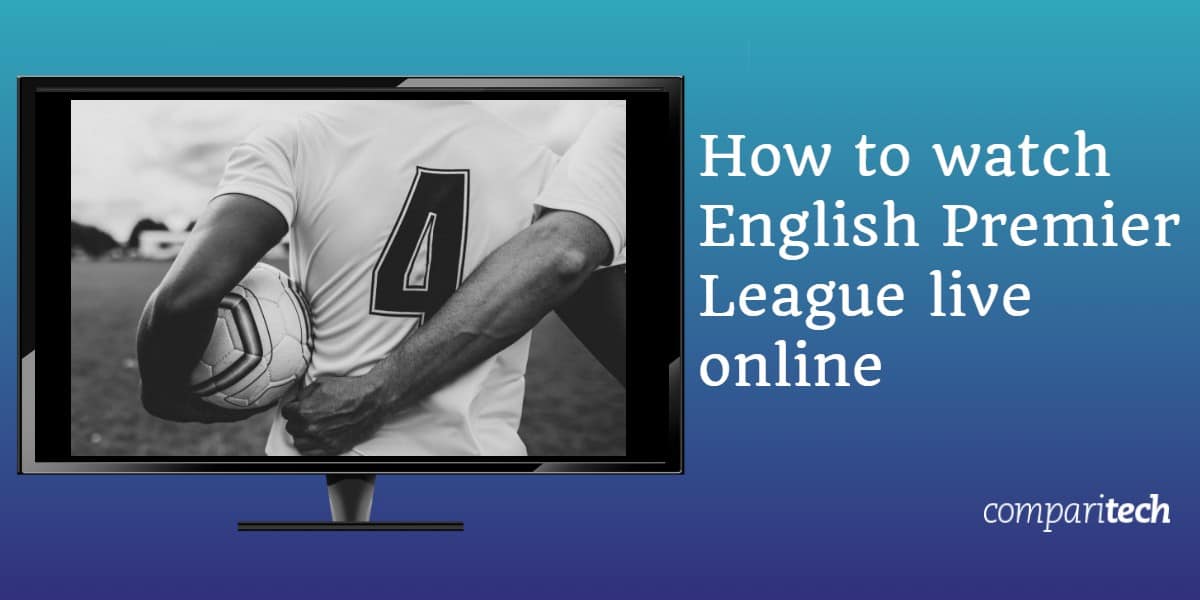 The first match of the 2020/21 English Premier League (Fulham vs. Arsenal) will take place at 12:30 PM BST (4 AM PST / 7 AM EST) on September 12. Matches are held every weekend and occasionally on Mondays, however, with 380 matches in total, some fixtures will happen simultaneously, which is why it’s so important to decide which games you’re interested in watching well in advance. There’s no need to worry, though: below, we’ll let you know how to live stream every English Premier League game live (even if you’re currently abroad).

You should note that we’ll only be recommending official broadcasters to watch the Premier League without cable. Due to this league’s popularity, it’s likely unlicensed streams will be available but we don’t recommend using them. The video is often laggy and low-resolution, plus third-party streams can be taken offline at any moment for copyright violation, meaning you might not even get to see who wins. There are legitimate EPL broadcasters in over 50 countries, though, so there’s no need to use shady, unlicensed streams.

EPL matches will only be shown on region-locked streaming services. As a result, you’ll need a VPN to watch on your home services while traveling abroad.

VPNs are best known for their ability to encrypt your traffic, hiding your activities from snoopers like your Internet Service Provider, employer, or government. They also allow you to spoof your location, though, which enables you to access geo-blocked services like NBC Sports and Sky Go from abroad. We recommend ExpressVPN: this high-speed service has over 3,000 servers in 94 countries, powerful security and privacy features, and excellent unblocking ability.

You can register for ExpressVPN in a matter of minutes: just choose your preferred subscription length (one month, six months, or a year) and pay. If you’re worried about privacy, you can choose to pay in Bitcoin but as ExpressVPN doesn’t log any personally identifiable information, your anonymity is guaranteed either way. This service even comes with a 30-day money-back guarantee so you can try it risk-free and claim a full refund if unsatisfied.

How to watch the English Premier League abroad with a VPN

New to VPNs and not sure how to get started? Just follow the steps below to unblock and stream the English Premier League from anywhere.

Here’s how to watch the English Premier League (EPL) live online from abroad:

EPL matches will be broadcast live around the world, so it’s important to make sure your VPN works before kickoff time. This leaves you plenty of time to get help from your VPN’s customer support team if anything doesn’t work as expected.

How to stream the English Premier League live online

The EPL might only feature English soccer teams but it has fans (and broadcasters) all over the world. Below, we’ll let you know which networks are showing the EPL in your country:

There are two EPL broadcasters in the US: NBC Sports for English-language coverage and Telemundo for Spanish-speaking audiences. If your cable TV subscription includes either of these networks, you can sign in to the respective website and watch every EPL match at no added cost. If not, don’t panic: there are plenty of ways to stream the EPL online without cable.

The easiest way is to sign up for an over-top streaming service like Hulu with Live TV,  fuboTV, or YouTube TV. These cost around $50 USD per month and allow you to watch both NBC Sports and Telemundo live online. As a bonus, each of these services includes a free trial, so you can try them out and see which is right for you.

Looking for something a little less expensive? You could always sign up for Peacock ($4.99 per month) to gain access to more than 175 of the season’s matches.

All of the services above are region-locked meaning you’ll have to be in the US or using an American VPN server to use them.

Ironically, British fans get to watch fewer EPL matches than people in other countries, thanks to the country’s refusal to broadcast games between 2:45 PM and 5:15 PM on Saturdays. As such, only around 220 fixtures will be available to watch online in the UK.

Most English Premier League fixtures will be broadcast by either Sky Sports or BT Sports. If you already subscribe to one of these networks, you can log into the appropriate website and start watching immediately at no added cost. If not, things become slightly more complicated.

BT Sports has finally started offering an online-only pass (£25 per month) but this is pretty expensive, given that it’s only showing around 60 matches. Conversely, Sky Sports will show 140 matches and allows you to watch without cable by purchasing a Now TV pass (£33.99 per month).

EPL fans will be able to watch certain matches live on Amazon Prime Video. However, this platform costs £7.99 per month and will only be showing 22 mid-week games in early December, and the Boxing Day fixtures, so it might not be worth signing up for just yet.

BT Sports, Sky Sports, Now TV, and Amazon Prime Video UK are only available in the UK. Existing subscribers can use these services as normal when abroad by connecting to a British VPN server.

Optus Sports has exclusive broadcasting rights to the English Premier League’s 2020/21 season. It’s worth mentioning, however, that EPL matches will air late at night in Australia, usually between midnight and 5 AM AEST.

If you have an existing TV, phone, or broadband contract with Optus, Optus Sports might already be included, meaning you can watch the EPL online for free. If it isn’t, or if you’re with a different cable provider, you can sign up using the iOS or Android app for $14.99 AUD per month. Note that the app is only required for registration; afterward, you’ll be able to watch via the Optus website if you’d prefer.

Optus Sports is region-locked so if you’re outside of Australia, you’ll need a VPN in order to watch.

Unlike in previous years, Canadian soccer fans can now watch every single EPL match live in one place: DAZN. This service costs $20 CAD per month or $150 annually and comes with a one-month free trial.

It’s worth mentioning that DAZN has extremely strict geo-restriction features, however, and as such, most VPNs won’t be able to unblock it from abroad. Further, you’ll need a payment method that’s linked to a Canadian address in order to sign up.

Don’t panic if you didn’t see your country listed above; it’s just that the EPL will be shown in too many countries to cover them all individually. Luckily, Wikipedia has an up-to-date list of English Premier League international broadcasters, so you should be able to find a suitable local source without too much trouble. This list also lets you know which language each broadcaster uses, meaning you won’t waste your time and try to watch a stream that you can’t understand.

The full EPL season consists of 380 fixtures and will run from September 12 until May 23, 2021. Each competing squad will play every other team twice, both at home and away, for a total of 38 games per team. There are too many matches to list here but you can find the official league website has a complete English Premiere League 2020/21 schedule.

Which teams are in the English Premier League?

There are 20 teams in the English Premier League. Every year, the top three teams from the English Football League are promoted, and the bottom three teams of the EPL are relegated, which helps keep things fresh, even at as high a level as this. This year, Cardiff, Fulham, and Huddersfield dropped down to the EFL, while Aston Villa, Norwich, and Sheffield United were promoted.

The teams competing in the 2019/20 EPL season are as follows: