How to watch the Italian Serie A online (from anywhere) 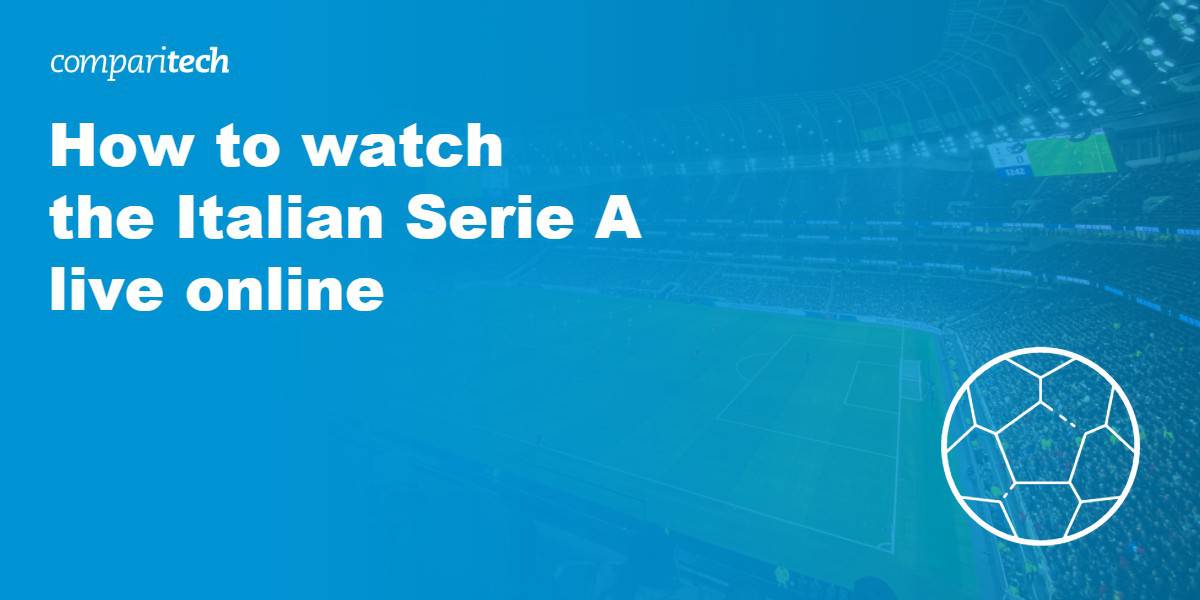 The 2021/22 season starts on August 21 and will run until May 22. Matchdays are fairly sporadic, but there’s usually at least one every week or two, usually with multiple games on the same day. It’s important to note that these often begin simultaneously. This means that you’ll have to decide in advance which teams you’d like to see play. Don’t worry: below, we’ll let you know where and when to watch the Italian Serie A in the USA, Brazil, India or anywhere else abroad.

By using a Virtual Private Network (VPN), you’ll be able to stream Serie A games from anywhere in the world. Italy might be the home of this league, but it’s far from the only place you can watch it.

This post will only recommend official Serie A broadcasters. Unfortunately, high-profile sporting events like this almost always attract unlicensed streams. However, these are often taken down part way through for copyright violation, and video quality is usually pretty terrible. With so many different ways to watch Serie A matches, there’s no need to use unofficial streams.

Serie A will only be shown on region-locked services. This means if you want to carry on watching your usual services while traveling abroad, you’ll need a VPN.

How to stream Serie A soccer abroad with a VPN

Never used a VPN before and unsure of how to get started? Just follow the steps below to unblock Serie A matches (and most other geo-locked content) from abroad.

Here’s how to watch Serie A online from anywhere:

Since many Serie A games start simultaneously, we recommend running through the steps above before kickoff time, if possible. This way, if anything goes wrong, there will still be time to get help from your VPN’s customer support team and you won’t miss the match.

NordVPN is offering a fully-featured risk-free 30-day trial if you sign up at this page. You can use the VPN rated #1 for Serie A with no restrictions for a month—great if you want to stream Italian soccer online during a trip abroad.

Where can I watch Serie A games online?

Some of the best football (or soccer) teams in the world compete in the Italian Serie A. As such, this league has fans all over the world. The good news is that with official broadcasters in more than 70 different countries, you can watch the Serie A from almost anywhere.

Move aside, ESPN; there’s a new rightsholder for at least the next three years. Instead, Paramount+ will be showing the entire Serie A tournament online. Better still, you can access every match on the base $4.99 USD per month subscription. Notably, this service will provide English, Spanish, and Italian commentary.

Paramount+ is geo-restricted and only available in the US. However, with the right VPN, accessing it abroad is easy. Don’t have a VPN yet? No problem: NordVPN includes a 30-day money-back guarantee so you can try it for yourself, completely risk-free.

In the UK, the only way to watch Serie A games online is on BT Sport. Existing TV subscribers can sign into the website or app and watch at no added cost. If you’d like to stream Serie A without cable, though, you’ll have to pay for the online pass; this costs £25 per month and unfortunately, doesn’t offer a free trial.

BT Sport is only normally accessible in the UK. Despite this, you’ll be able to use it from anywhere with the help of a British VPN server.

Discussions are still ongoing to see which network will pick up the streaming rights to this year’s Serie A tournament. At the moment, it seems likely that DAZN will renew its agreement, and if so, you’ll be able to stream every fixture for $20 CAD per month. Better still, your first month is free!

DAZN has particularly strong geo-restriction measures, and accessing it from abroad is often difficult. However, the Canadian site currently does not block VPN users, making it easy to watch Serie A matches abroad.

We’re still waiting to hear which network has the rights to show Serie A matches live online. In previous years, it’s been beIN Sports, which costs $19.99 AUD per month. Alternatively, you could watch all of beIN Sports’ content on Kayo, which is $25 per month after a two-week free trial.

beIN Sports and Kayo both geo-lock their content, so you will have to be in Australia or have an Australian IP address to watch Serie A fixtures with these services.

DAZN will stream up to three Serie A games per day in Italy, with the rest (266 matches) available exclusively on Sky Sports. DAZN costs €29.99 per month, and comes with a 30-day free trial.

If you’re already a Sky Sports subscriber, you can watch online with the Sky Go app. If not, there’s a slightly less expensive way to watch: just sign up for Now TV monthly Sky Sports pass. This option costs €14.99 and doesn’t include a free trial.

All of the above services are geo-restricted and only accessible from within Italy. However, if you connect to one of your VPN’s Italian servers, you can stream Serie A matches live, whichever country you’re currently in.

The 2021/22 Serie A league is being broadcast in far too many countries to provide guides for each of them. However, the league’s website has a detailed list of international broadcasters, and should enable you to find a suitable local source no matter where you are.

Can I watch Serie A online with a free VPN?

While free VPNs can be tempting at first glance, they come with several major disadvantages. As a result, we advise against using one. First of all, these services have more users than their servers can support, so their speeds are often too slow for streaming live HD video, or indeed any video at all. Coupled with the fact that most major streaming services have blocked free VPNs entirely, the odds of you being able to watch Serie A games while using one are very slim indeed.

Choosing a VPN is always difficult, but finding a decent free VPN is even more of a challenge. You’ll have to avoid those simply looking to infect your device with malware, sell your bandwidth, or that will leak your data.

As you can imagine, with each of the 20 qualifiers playing 38 matches over a nine-month period, the schedule is pretty packed. Since many fixtures take place at the same time, it pays to make a viewing plan beforehand. You can do this with the help of the full Serie A 2021/22 schedule.

Which teams play in the Serie A league?

20 of Italy’s top soccer teams compete in the Serie A league every year. The following teams are playing in the 2021/22 season: