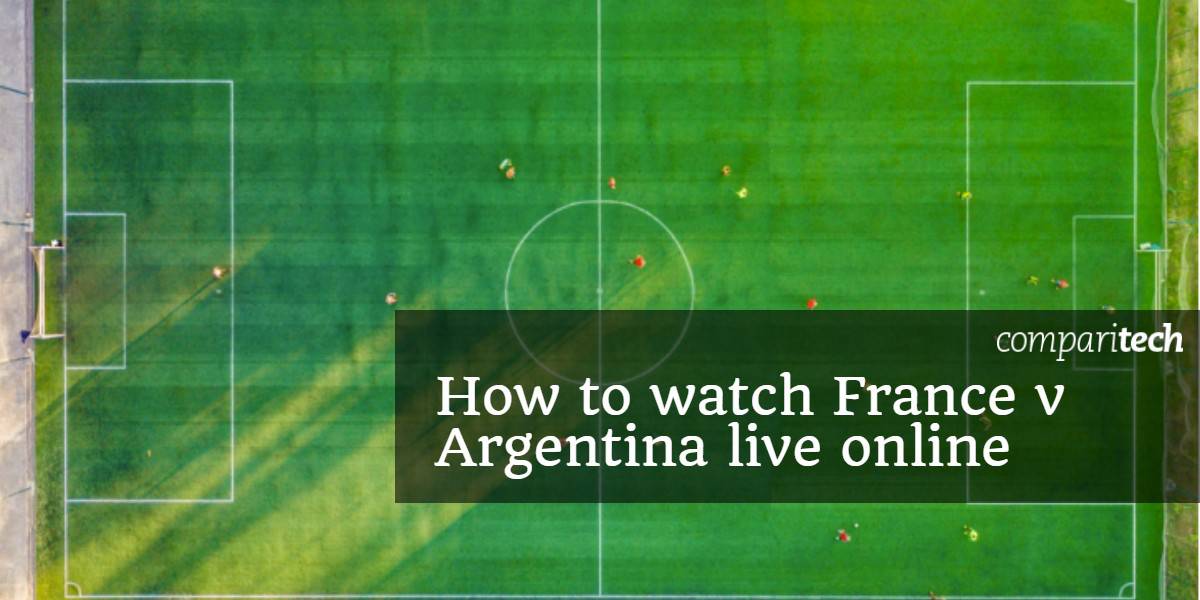 Do you want to watch the World Cup Round of 16 games online? Today, we’ll explain where you can stream France vs. Argentina online free of charge and in HD or even 4K live streams. We’ll also show how a Virtual Private Network (VPN) can help you beat regional blocking and unlock streams from the UK, US, Canada, Australia, or any other country in the world.

The World Cup knockout round begins on June 30. There’ll be two matches this day: France vs. Argentina and Uruguay vs. Portugal. The first of these fixtures is at 3PM BST (7AM  PST/ 10AM EST) with the second at 7PM BST (11AM PST/ 2PM EST).

The good news is that you don’t have to miss a single match. The FIFA World Cup is a huge event, and as such, it’s being shown all over the world. In fact, many countries are showing 2018 World Cup games for free, and in languages other than English. Here’s how to live stream France v Argentina in the World Cup.

While the World Cup Round of 16 will be broadcast in numerous different languages, English speakers have the most choice. We’ve compiled a list of the official broadcasters for the major English-speaking countries below.

Several networks are showing World Cup matches for free. However, usually, they’re only licensed to broadcast part of the tournament. This means that if you’d like to catch every single game, you may have to subscribe to a premium service. There’s usually a free trial, however, and some even offer 4K streams.

We recommend using ExpressVPN while streaming the 2018 World Cup. This is a simple, user-friendly VPN with excellent security features and high-speed servers in more than 90 countries. As such, you’ll be able to stream every World Cup game safely, in the highest possible quality, with no lag or buffering. You should also note that ExpressVPN is one of the few remaining services that can beat the BBC iPlayer’s aggressive geo-blocking.

You can register for ExpressVPN in a couple of minutes. Just choose your subscription length (one, six, or twelve months), and pay. Since there’s a 30-day money back guarantee, you can try it while watching the remainder of the World Cup, and if you decide not to keep it, you’ll receive a full refund.

3 MONTHS FREE: ExpressVPN is giving away an additional three months free when you choose their annual subscription. With its 30-day trial period, you can test the software with no risk.

The BBC and ITV are sharing World Cup broadcast rights in the UK. Each network will show about half of the tournament’s games, so you can tune into any match on either the BBC iPlayer or ITV Hub. That said, both of June 30’s fixtures will be shown on the ITV Hub. If you’d rather catch all the action in one place, you can use TVPlayer.com, a fully-legal site which hosts live streams for BBC1 and ITV.

If you’d like to watch live video as it’s showing on TV, you’ll need a UK TV License. The iPlayer might ask if you have one, but there are no additional verification measures in place. You will have to create an account to watch anything on the ITV Hub, however.

In the US, Fox Sports are the only English-language World Cup broadcaster. It’s showing every 2018 World Cup match, although you will be asked to sign in with a US cable provider’s details. Don’t worry if you don’t have cable; Fox Sports also allows you to login with the following over-the-top services:

You can use a VPN to access an existing Fox Sports from abroad, but creating a new account is far more difficult. Fox checks to see if your payment method is registered to a US-address, which makes it all but impossible for foreign users to sign up.

If you have a home theater system, you might prefer to watch the 2018 World Cup on Kodi instead. Fox Sports has an official Kodi addon, but if you choose to use something different, make sure it’s legitimate; Kodi is plagued by low-effort addons offering unlicensed streams. With the World Cup airing on so many official channels, there’s nothing to gain by installing these addons.

Canada has three networks all vying for your attention. CTV, RDS, and TSN will all provide very similar World Cup coverage, each has a mobile app so you can watch on-the-go, and each, unfortunately, requires you to login with a cable provider’s details before you can stream anything.

Don’t have cable? No problem — you can subscribe to either RDS or TSN for $24.99 (CAD) per month. This price is a little steep, though, and with just two weeks left of the World Cup, you might want to consider watching via another country’s free streams instead.

CTV and TSN are both English-language channels, whereas RDS is in French.

SBS’s The World Game site will be showing both France vs. Argentina and Uruguay vs. Portugal for free. Originally, SBS were only supposed to be providing partial World Cup coverage but due to complications with Optus Sport’s live streams, they’ve just announced that they’ll be showing every remaining World Cup fixture for free.

You can still watch on Optus Sport if you’re an existing customer, but after this revelation, there’s really no point in signing up just to watch the World Cup.

How to watch France vs. Argentina from a competing country

TF1 will air France vs. Argentina and Uruguay vs. Portugal live. These will be free-to-watch and no registration is needed, although TF1 won’t be showing every Round of 16 fixture. If you’d prefer to watch every moment of the action, your only other option is beIN Sports. This service has packages starting at €14 a month, but we’d advise getting the €15 subscription to avoid signing a long-term contract.

Canal+ is showing the entire tournament in a variety of African countries (including Nigeria, Ghana, and Angola), although this requires users to pay a monthly subscription fee. You can watch for free on SuperSport if you’re a DStv Now subscriber. This service has some freely available content for on-subscribers, but you need to a local phone number for verification purposes. 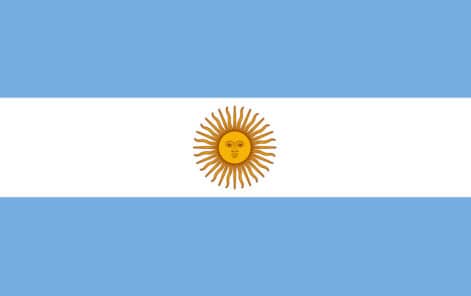 Argentinians only have a couple of options for watching the 2018 World Cup. TyC is showing selected matches live, but as their program schedule only covers that day’s content, it’s unclear whether they’ll be covering the first two Round of 16 fixtures.

DirecTV, on the other hand, is. It costs $1080 (ARS) per month, and unfortunately, seems to be designed for long-term commitments. You’ll still be able to sign up, but it’s intended as a cable TV replacement, rather than a “per event” service.

Spain’s official broadcaster is Mediaset España. It will show every single World Cup match for free on Telecinco and Cuatro.

DirecTV is also an option in Peru. Here, its packages start at S. 139 per month, and it’s the only reliable way to watch every minute of the World Cup. Latina will be providing partial coverage for free but there’s no program schedule available so you’ll have to check back periodically to see if a given game is available for streaming.

In Mexico, every game will be available on either Televisa or Sky Sports México. If you’re a huge sports fan, Sky Sports might be of interest, but if you just want to watch the World Cup, Televisa is better since it’s free.

It comes as no surprise that most countries have at least one World Cup broadcaster. After all, it’s soccer’s biggest event. This means that you can watch no matter where you are in the world, even in other languages, if you’d like. Below, we’ve listed a few foreign-language sources but if yours isn’t mentioned, check out the official broadcaster list to find one in your native language.

Remember: just because a stream is free in a specific country doesn’t mean it’s available for everyone to watch. You’ll still have to connect to a VPN in the correct location before you can watch anything. We recommend testing out  your VPN on live video before the game starts to identify and resolve any issues ahead of time.