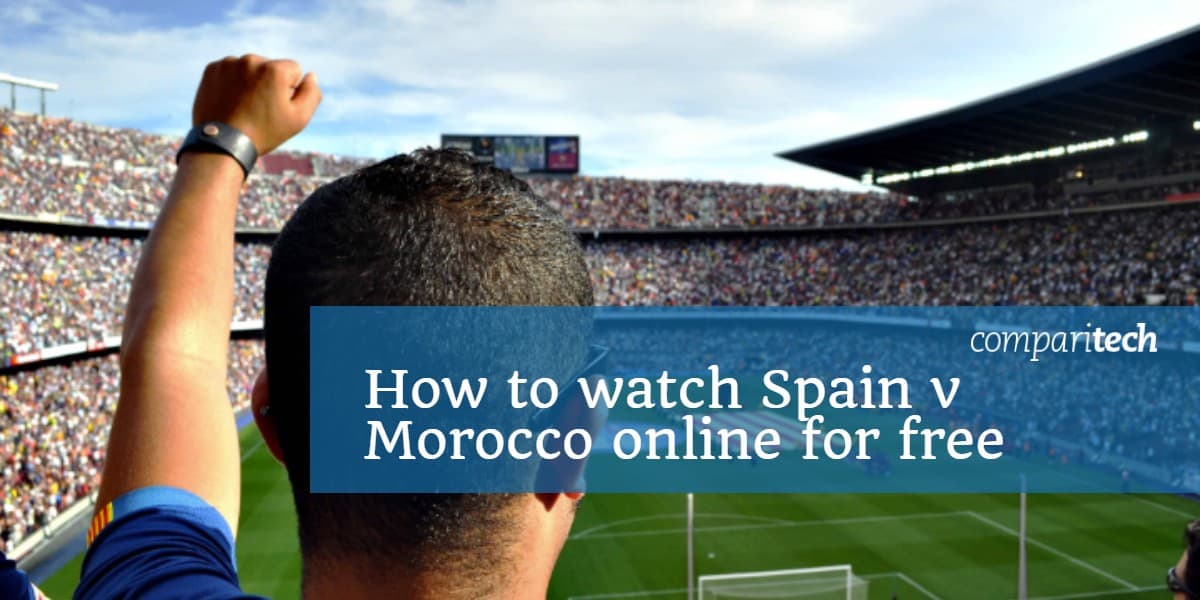 Looking to watch Spain vs. Morocco online? You’re in luck: today, we’ll explain where you can watch this game (and every other 2018 World Cup game) live, online, and for free. We’ll also be showing you how a Virtual Private Network (VPN) can help you bypass a streaming platform’s regional restrictions, allowing you to access official streams from the UK, the US, France, Germany, Spain, the Middle East, or anywhere else in the world.

Spain and Morocco will go head-to-head at Kaliningrad Stadium on June 25. Kickoff is at 7PM BST (11AM PST/ 2PM EST). This is Morocco’s final game of the World Cup, since they can no longer earn enough points to qualify. That said, Spain can’t afford to get complacent; anything less than stellar play could see them pushed out of the top two, assuming Iran pulls off a surprise win against Portugal.

Below, you’ll find a list of official World Cup sources for several countries. There’s enough choice here that you don’t have to miss the Spain vs. Morocco match, or really, any World Cup game, regardless of what country you’re in.

To live stream other games see our extensive guide to watching the World Cup Online.

Where to stream the 2018 FIFA World Cup live

The FIFA World Cup is the most prestigious tournament in soccer. As such, it’s being extensively covered by networks all over the world. We’ve included an at-a-glance guide for English-speaking countries below.

Many countries are offering at least partial World Cup coverage for free. If yours doesn’t, you might want to consider a subscription service instead. These often come with a free trial, and show more live games than their free counterparts. Just make sure you read the cancellation policy so you’re not stuck with the service long after the World Cup has ended.

We recommend using ExpressVPN to stream the World Cup. It’s fast enough to stream live video with no buffering, and secure enough to be trusted with your private information. Further, ExpressVPN is one of the few remaining services that can reliably unblock BBC iPlayer.

Signing up for ExpressVPN is very simple: just choose your subscription length( one month, six months, or a year), and complete the payment process. This service comes with a 30-day money back guarantee, which is long enough to watch the entire World Cup. If you decide not to keep using ExpressVPN, you’ll receive a full refund.

British soccer fans can watch every single FIFA World Cup game live, for free. With the BBC and ITV each showing half of the tournament’s games, you’ll be able to follow all the action on either the BBC iPlayer or ITV Hub, depending on the match. If you don’t want to look up which channel a particular game is on, you could also use TVPlayer.com, a site that hosts legal live streams for both networks.

UK legislation says that you need a TV License to watch content while it’s airing on TV. Despite this, none of the above services actually verify that you have one.

Fox Sports has a mobile app named Fox Sports Go that allows you to watch every game live and in high-definition. You can access this content for free if Fox Sports is included in your cable TV package or if you have one of the following streaming subscriptions:

If you’re a US resident vacationing elsewhere, you can register for Fox Sports from abroad. However, as it requires a US-registered payment method, it’s very difficult for non-US citizens to sign up for.

It’s also possible to watch the 2018 World Cup on Kodi since both of the sources above have official Kodi addons. Just be sure to avoid any of the sketchy, low-quality, third-party addons that claim to let you watch any sporting event. These have a tendency to stop working and there’s always the risk that their streams will be taken down mid-game. WE’ve covered how to watch the Wold Cup without cable in more detail here.

There are three Canadian broadcasters all showing the entire 2018 World Cup including the Spain vs. Morocco game: RDS, CTV, and TSN. However, all of these services are primarily accessed by logging in with your cable provider’s details.

You won’t be locked out just because you don’t have cable, though. RDS and TSN both offer individual $24.99 (CAD) a month subscriptions, which is a little expensive, but not too far removed from what you’d pay for a World Cup pass on other services. You’re not tied into a contract, either, so you can just cancel once the tournament is over.

These services are all fairly similar. For instance, they all offer mobile apps (TSN Go, RDS Go, and CTV Go), and will all broadcast in high-definition.

TSN and CTV will have English commentary, whereas RDS will be Canada’s sole French-language World Cup broadcaster.

Other than SBS’ The World Game site, the only place Australians can watch the FIFA World Cup is on Optus Sport. Optus will broadcast every game live and in HD, although it is a subscription service.

You may be able to watch for free if Optus Sport is included in your mobile or broadband plan, but if not, you can sign up for $15 (AUD) per month. This includes a two-week trial period, which is long enough to watch half the tournament, but you’ll have to either pay or switch sources to see the rest.

How to watch Spain vs. Morocco from a competing country 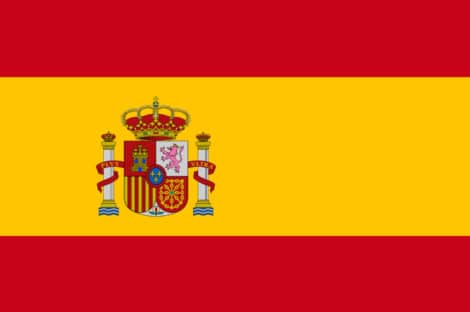 Spain only has one official broadcaster, which keeps things nice and simple. Mediaset España has every single match available free of charge, on Telecinco and Cuatro.

If you live in a different Spanish-speaking country, you’ll have different sources to choose from.

In Argentina, your choices are limited. As Spain vs. Morocco isn’t one of the matches TyC are showing live, the only option is to watch via DirecTV. This service costs $1080 (ARS) a month, and isn’t really designed for short-term usage, so it might not be the best for watching the World Cup.

In Peru, Latina is showing some World Cup matches, although because there’s no online schedule, it’s unclear whether this includes Spain vs. Morocco. DirecTV is an option here, too, with packages costing as little as S. 139 a month.

Mexican audiences can follow the FIFA World Cup on Televisa or Sky Sports México. Both broadcasters are showing every match, but Televisa is free, making it the better choice. That said, Sky Sports packages include a greater range of sporting coverage, so if you’re interested in watching sports after the tournament has ended, it might be worth considering.

Uruguay has two sources showing the entire World Cup tournament: TyC and DirecTV. Both of these are premium services, but you can log into TyC if it’s included in your cable subscription. While Monte Carlo and Teledoce are both showing selected fixtures, neither is covering the Spain vs. Morocco match.

Many of the other Spanish-speaking countries across the globe will have streaming options too.

Morocco’s SNRT is showing every World Cup fixture for free online. You can also tune in to the Israel-based KAN network since it’ll be making its coverage freely available in Arab nations like Morocco, Jordan, and Egypt.

If you’re interested in other sports, you might want to consider signing up for beIN Sports Connect. The $18 a month package includes 17 sports channels as well as some more general TV stations. The World Cup coverage will be pretty similar to what SNRT is showing, though, so it doesn’t make sense to sign up just for this event.

FIFA World Cup: How to watch from other countries

No matter where you are in the world, there’s a good chance your country has an official live stream. While we’ve covered a few foreign-language sources below, we can’t account for everywhere. However, you can check out the full list of official broadcasters.

The list above doesn’t show every available source for a particular country, only the places you can watch for free. As such, you might not be able to watch the entire World Cup on these platforms. Most countries have at least one subscription-based broadcaster showing every game.

Remember: geo-restriction measures don’t account for whether content is free or not. This means that you’ll have to connect to one of your VPN’s servers in the correct location even if you’re watching a freely available live stream. It pays to be prepared here: try connecting to your VPN and streaming live video before the game starts. This will let you know if there are any issues ahead of time, instead of when the match is about to kick off.