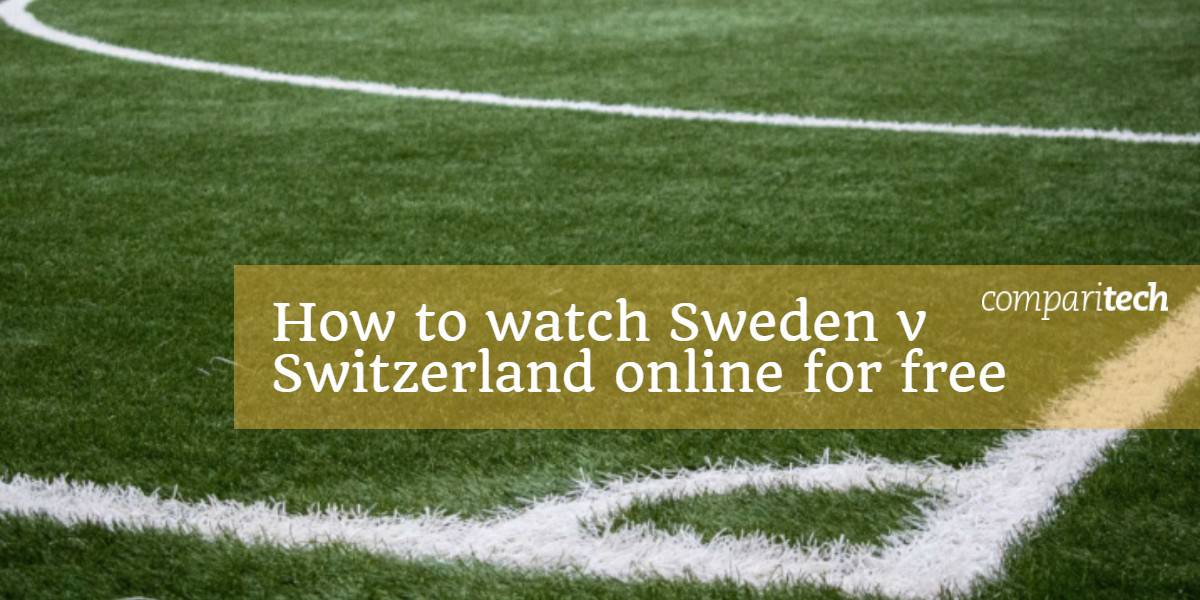 Interested in streaming the Sweden vs. Switzerland match online? Today, we’ll explain how and where you can watch this game, and every other Round of 16 fixture online for free. What’s more, we’ll show you how using a Virtual Private Network (VPN) can help beat regional blocking and unblock streams from the UK, the US, Germany, France, or anywhere else in the world.

Sweden will take on Switzerland at the Krestovsky Stadium in St. Petersburg on July 3. Kickoff is scheduled for 3PM BST (7AM PST/ 10AM EST). With one loss guaranteeing a World Cup exit, you can bet both squads will give this game everything they’ve got.

The World Cup is soccer’s biggest tournament so it’s no surprise that it’s being shown all over the world. In fact, many countries have broadcasters streaming at least some of the games absolutely free. Below, we’ll tell you where you can catch every single World Cup game live online so you don’t have to miss a second of the action. This includes Tuesday’s other game, England vs Columbia.

Although the 2018 World Cup will be aired with commentary in various different languages, it’ll be predominantly covered in English. Below, we’ve compiled an at-a-glance guide to the official broadcasters in major English-speaking countries.

It’s worth noting that free broadcasters usually aren’t licensed to show the entire FIFA World Cup. As such, you might want to consider a premium sports service. These usually offer a free trial period and may include benefits like 4K streams or coverage of sports other than soccer.

We recommend using ExpressVPN to stay safe while you stream the 2018 World Cup. It’s an easy-to-use VPN that doesn’t sacrifice speed for security, making it ideal for people who want the best of both worlds. It provides fast enough speeds to stream live HD content with no noticeable buffering, and it’s one of the few remaining services that can reliably beat the BBC iPlayer’s increasingly advanced geo-restriction measures.

You can sign up for ExpressVPN in a matter of minutes. Simply choose a subscription period (one month, six months, or a year) and make a payment. With a 30-day money back guarantee, you can trial the service by watching the remainder of the World Cup. If you find it unsatisfactory, you can cancel during this period and receive a full refund.

EXTRA MONTHS FREE: ExpressVPN includes an additional three months of coverage at no added cost when you sign up for its annual subscription.

British soccer fans can watch every single World Cup game on either the BBC iPlayer or ITV Hub. Each service will broadcast around half of the tournament’s matches for free, essentially rendering premium services redundant in the UK. If you’d rather not look up which channel a given game is on, you can view live streams for BBC1 and ITV directly on TVPlayer.com.

You need a TV License to stream live content as it’s aired on TV. However, of the sources above, only the iPlayer asks if you have one, and this is the full extent of its verification process.

America has one English and one Spanish World Cup broadcaster: Fox Sports and Telemundo Deportes, respectively. Both of these services will be showing every match, and both require users to log in with their cable provider details before they can watch live games.

To access Telemundo Deportes, you’ll need a cable package which includes both this channel and NBC Universo. Fox Sports, on the other hand, also allows users to watch if they subscribe to any of the following services:

It’s extraordinarily difficult to sign up for either of these services as a foreigner. There are verification measures in place to prevent anyone without a US address from registering. That said, if you already have an account and just want to watch from a different country, you can do so using a VPN.

Perhaps you’d prefer to watch the World Cup with Kodi? If so, make sure to only use official sports addons. Kodi is plagued by high-risk, low-reward sporting addons that use unlicensed sources. With so many legitimate, free sources for the World Cup, there’s really nothing to gain by using unofficial streams.

Canada has three networks offering almost identical World Cup coverage. RDS, TSN, and CTV will all be showing the tournament in its entirety, both online and via their respective mobile apps, but you’ll need a Canadian cable subscription to sign into any of them.

You can choose to subscribe to TSN or RDS for $24.99 (CAD) a month, but bear in mind that there’s only two weeks left of the World Cup. As such, you may be better off finding a premium service with a two-week trial period and canceling once the tournament is over.

RDS will broadcast fixtures with French commentary while CTV and TSN will be in English.

Originally, Optus Sport was Australia’s sole broadcaster with coverage of every 2018 World Cup game. Due to technical difficulties and inconsistent streams, however, they’ve recently agreed to show all future fixtures for free on SBS’ The World Game site.

The World Game is free-to-watch, and you don’t have to register. It even includes match information (goals, attendance, and so on) underneath the video player, so even if you start watching partway through, you’ll be up-to-date in no time. This service requires an Australian IP address, though, so remember to connect to an Australian VPN server before loading the site.

How to watch Sweden vs. Switzerland from a competing country

In Sweden, while select games will be freely available on SVT, the Sweden vs. Switzerland match is only available on TV4. To watch, you’ll have to sign up to a service called C More. This costs 139 kr per month but also gives you access to a wider range of SVT channels and removes ads from the service’s online player.

Both SVT and TV4 will show World Cup matches with Swedish commentary.

Switzerland has two official broadcasters: SRG SSR and DAZN. SRG SSR can be watched for free but unfortunately, isn’t showing the Sweden vs. Switzerland game. You might think that the only way to watch is to sign up to DAZN for 1290 CHF a month, but there may be another way, assuming you speak German.

Germany’s ARD is showing the match live online for free. You can also watch on Austria’s ORF network. While ARD doesn’t region-lock their broadcasts, we’d still recommend using a VPN to reduce the likelihood of your connection being throttled by your Internet Service Provider.

All of the above sources are in German. There are no official Swiss broadcasters providing French, Italian, or Romansh coverage.

If English isn’t your first language, you don’t need to worry. The FIFA World Cup is being broadcast all over the world, in numerous different languages. We’ve compiled a short list of free sources for the most common languages below, but if yours isn’t mentioned, you can find a suitable source in the list of official broadcasters.

Remember to test out your VPN before the match actually starts. Sometimes, you’ll find that a VPN has to be connected to a particular server in order to unblock a given streaming platform. In these cases, contact customer support and ask for advice. Depending on the provider, you might hear back within a couple of minutes, although this time may increase during evenings, weekends, or busy periods.