‘The Mandalorian’ Was Pirated Within 3 Hours of Disney+ Launch

It appears digital content pirates wasted no time in ripping content from Disney’s new and highly-anticipated on-demand streaming service, Disney+. As of Tuesday morning, the first episode from the Disney+ original show The Mandalorian is already available on popular and notorious torrent websites.

Fake versions of the show appeared on torrent sites popular within the pirating community, as well, leading some to potentially fall prey to viruses and malware targeting less discerning content pirates.

Disney officially launched in the US, Canada and the Netherlands on November 12. Alongside its library of hundreds of movies and TV shows, perhaps the most anticipated was the newest entry into the Star Wars universe, The Mandalorian.

(Note: Disney soft-launched the service in the Netherlands in September, but did not include any of the newly-developed original content until November 12).

It appears Disney planned ahead for some post-launch hiccups, including server errors and issues with content loading.

When the #DisneyPlus isn’t working. pic.twitter.com/i21hDKofJ2

But with only three countries online upon launch and a full international roll-out not planned until the latter part of 2021, Disney may have an ongoing piracy headache on its hands.

In a torrent far, far away…

Indeed, many young Star Wars fans who have never torrented before may be among the newest converts to filesharing as they search for copyright-infringing versions of content inaccessible in their own regions.

At present, the most number of searches for torrenting The Mandalorian appeared to have come from Spain and the UK:

Meanwhile, the US, Canada, and the Netherlands still managed to make the list of countries searching for torrents of The Mandalorian, despite easy access to Disney+.

Only one hour after Disney+ was supposed to launch in the US, content pirates in the UK and elsewhere were already asking around on forums about where and when Disney+ content rips would be available.

By around 3 a.m. EST, it appears their wishes had been granted. Rips of The Mandalorian from known pirate groups appeared on a few popular torrenting sites early in the morning.

Interestingly, although many reports stated Disney+ was not set to launch until 6 AM EST, many users had access much earlier. (For my part, I happened to be awake at 3:30 AM EST and was able to log in and watch The Mandalorian at that time).

Additionally, some users were even posting ripped versions of The Mandalorian that had been saved to Google Drive (which moderators of the subreddit /r/Piracy removed per Reddit’s guidelines).

As with other popular TV series and content, there are likely to be millions of pirate downloads for Disney+ original content, and especially The Mandalorian. While many of those who download copyrighted material are seasoned pirates, many others rarely, if ever, pirate. And indeed, Some fans are likely to turn to illegal content pirating as a response to Disney’s current roll-out plan for its Disney+ service.

There are notable dangers in pirating, however. Virus-loaded pirate links labeled with highly-desirable content often appear on torrenting sites, especially immediately following the release of new shows. This occurred every season with Game of Thrones. According to Kaspersky Lab, over 126,000 individuals worldwide encountered malware-infected versions of TV show episodes in 2018 while attempting to download them on torrent networks.

As noted by TorrentFreak and other industry observers, Game of Thrones Season 8 caused a massive surge in illegal torrenting online. The popularity of Disney+ and The Mandalorian is likely to result in another surge. That, in turn, will create a malware and virus problem for individuals new to torrenting and with less understanding of how to protect against suspicious links and malware on torrenting sites.

Up until now, Disney’s content has primarily been locked behind paywalls to different streaming services, or in many cases, completely unavailable in online libraries. However, with the advent of the Disney+ service, and the introduction of original TV shows and movies through a streaming platform, Disney has opened itself up to the type of content piracy headache that other on-demand streaming services currently face.

The question remains how Disney plans to handle it. Some analysts suggest content piracy costs streaming services $50 billion per year. Combined with its slow international roll-out and the growing anxiety among many international fans to see Disney’s new content, the company is likely to see much of its Disney+ TV shows and movies go direct-to-pirate.

Disney could play hardball and implement a stricter level of encryption on its service. At present, Disney employs the widely-used Widevine digital rights management (DRM) solution on Disney+, but at a minimum level. The company could, conceivably, employ a stricter DRM standard, but it would cost the company by limiting the number of users, many of whom may not have devices that support stricter levels of streaming encryption.

Instead, it’s more likely that Disney will flex its muscles through other means, including monitoring torrent networks, bringing lawsuits in court against heavy seeders that it can manage to catch, and putting further support behind the Alliance for Creativity in Entertainment (ACE), which is the current prosecutorial arm of most Hollywood studios.

As for password sharing, the new cause cé·lè·bre of the streaming giants, Disney appears to be taking the same approach as Netflix—acknowledging that it’s an issue, but mostly playing “wait and see”. Around half of all Netflix subscribers share their passwords, although this may not be as big an issue for Disney+. 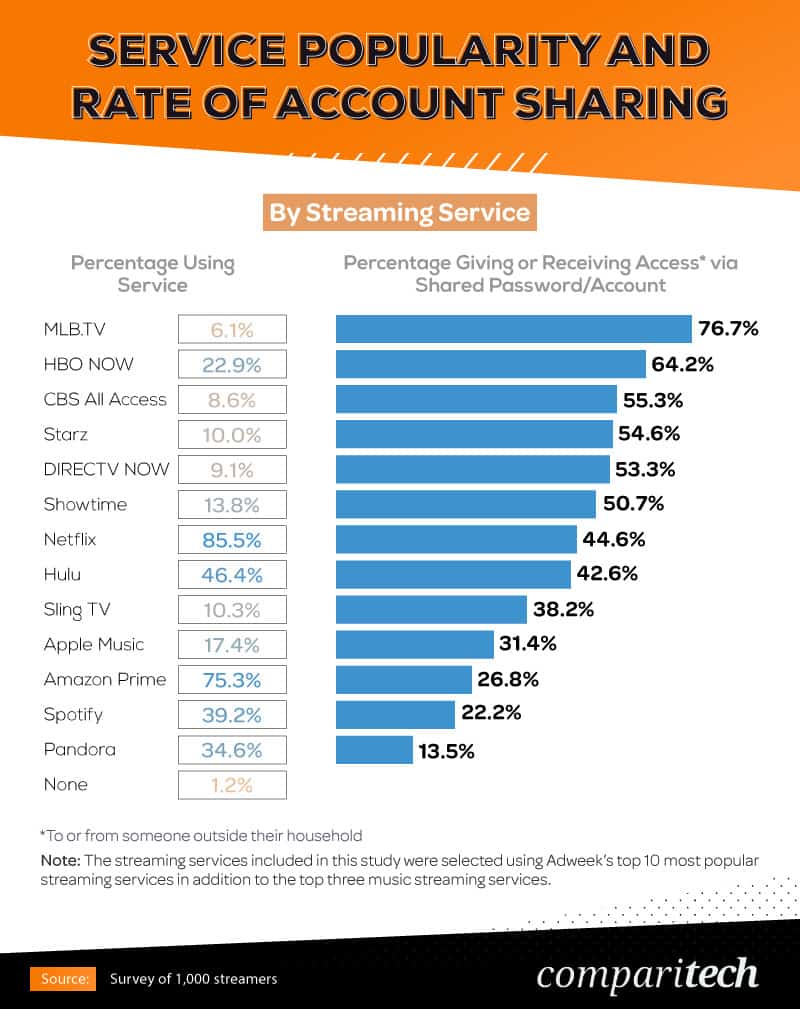