How to stream Tales of the Walking Dead online from anywhere

Looking to watch Tales of the Walking Dead online? It’s easier than you might think, and you don’t even need cable TV. Below, we’ll explain how to live stream TotWD anywhere, even abroad.
Ian Garland Streaming, Kodi and VPN Expert 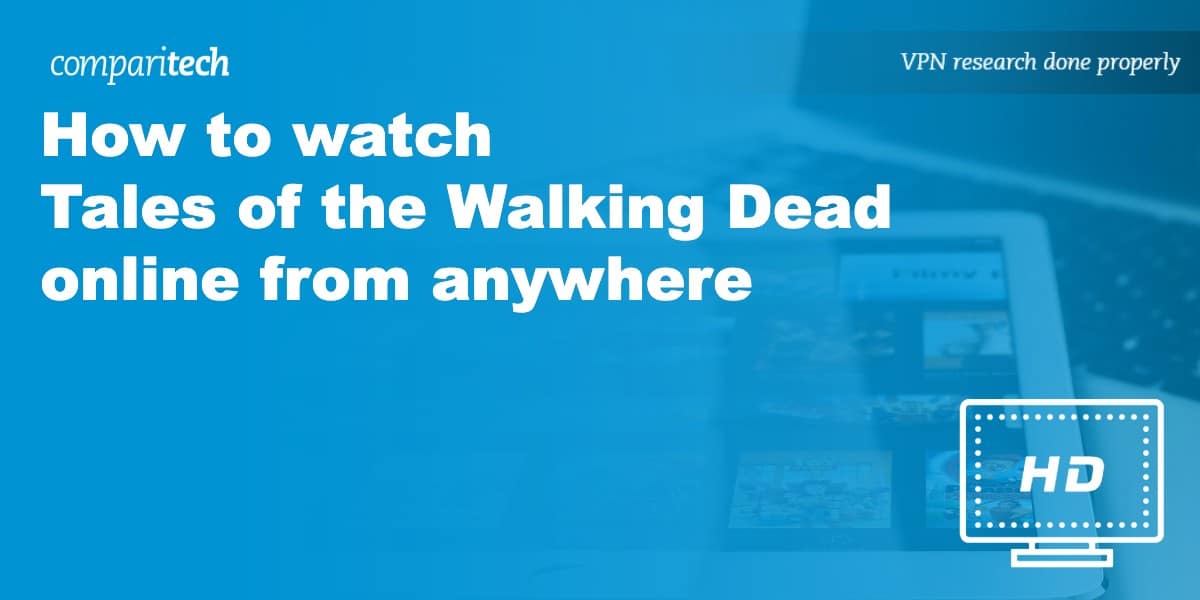 Tales of the Walking Dead officially began on August 14 and will broadcast a new episode each Sunday at 21:00 ET until September 18. With new stars every episode and a shorter story format, this anthology series marks a much-needed change of pace since the main show has, ironically, been shambling on for a while. Interested? Read on to find out how to watch Tales of Walking Dead in your country, or how to watch it if you’re traveling out of the country and want to keep up.

When it comes to streaming, official sources are the way to go. Using these ensures you won’t have to deal with copyright infringement notices, low-quality video, or streams that are suddenly taken offline partway through. Here’s the best part: there are lots of legitimate ways to stream TotWD without breaking the bank. In fact, some even offer a free trial (we’ll let you know which a little later).

This show will only be available on geo-blocked streaming services. This means that you’ll need a Virtual Private Network (VPN) to continue using your usual services while traveling abroad.

How to watch Tales of the Walking Dead online from abroad

VPNs enhance your online privacy by encrypting all data to and from your device, then routing it through a server in another location. This second step also lets you appear to be browsing the internet from somewhere else, which is handy for accessing your favorite services abroad.

Here’s How to watch Tales of the Walking Dead online from abroad:

If you want to live stream Tales of the Walking Dead, it’s a good idea to test your VPN ahead of time. This way, you’ll know of any issues in advance and can resolve them with your provider’s support team with plenty of time to spare. All of the VPNs above offer free, 24/7 assistance over live chat.

NordVPN offers a fully-featured risk-free 30-day trial if you sign up at this page. You can use the VPN rated #1 for streaming Tales of the Walking Dead with no restrictions for a full month. This is perfect for international travelers looking to stay up-to-date while on a short trip abroad.

AMC is the official broadcaster of The Walking Dead and all of its spinoffs in the US. This is great for us because there are plenty of different ways to log in and start streaming. On the other hand, the AMC website only lets you watch on-demand and can’t be used to catch new episodes live. Don’t panic, though, we’ll address this in a moment.

If you’re alright with streaming on-demand, you could sign in with your cable provider details (assuming you have cable TV). Additionally, AMC can be found on YouTube TV, Philo, and fuboTV logins, though these services are on the pricier side once their free trials end. The cheapest option by far is AMC+, which costs $6.99 USD per month following a seven-day trial. As a bonus, this service currently carries every previous season of The Walking Dead, Fear the Walking Dead, The World Beyond, and Talking Dead.

Only a few services offer an AMC live stream. These are YouTube TV, Philo, fuboTV, and Sling TV. At $25 per month, Philo is the cheapest overall, although fuboTV is running a deal where your first month is half price, which cuts the cost to $17.50.

All of these services are region-locked, so you’ll need a VPN to use them outside of the US. NordVPN comes with a 30-day money-back guarantee, which means you can try it completely risk-free. If you’re in any way unsatisfied, just cancel during this window to claim a full refund.

Where else can I watch Tales of the Walking Dead online?

There are Walking Dead fans all over the world but surprisingly, this new spinoff will only have a small international release. Here’s how to stream Tales of the Walking Dead outside of the United States:

Just like in the US, Tales of the Walking Dead will be available on AMC Plus. This costs $6.99 CAD and comes with a one-week free trial. You’ll also be able to stream all of the spinoff series plus The Walking Dead season 11, which is the only one not currently available on Netflix.

AMC Plus and Netflix both change their content based on your location. Still, you can regain access to their Canadian libraries abroad with the help of a Canadian VPN server.

The only way to watch TotWD in Australia is, once again, AMC+ ($8.99 AUD per month, with a seven-day free trial). Want more? You could always sign up for Binge ($10 per month) or Foxtel Now ($25 per month) to stream all 11 seasons of The Walking Dead and Fear the Walking Dead online. If you’d like to watch The Walking Dead: The World Beyond, you’ll need an Amazon Prime Video account ($6.99 monthly).

Users can access their usual Australian services while traveling by connecting to an Australian VPN server.

What do we know about Tales of the Walking Dead?

Fans of The Walking Dead have long complained about predictable story arcs and reused plot points but this spinoff wants to turn that legacy on its head. Every episode of Tales of the Walking Dead will feature a new set of characters, a new genre, and its own stylistic language, making all six episodes completely unique. The first, for instance, is a fairly lighthearted rom-com, while another leans heavily into horror.

No. According to showrunner Channing Powell, there’ll be easter eggs and references to past events, as well as a few returning characters from the main series, but that’s all. Obviously, you’d have more context if you’d seen older episodes but new viewers should be able to follow along without too much trouble.

Who stars in Tales of the Walking Dead?

One of the coolest things about having an anthology show is that the cast changes in every episode. What’s more, with The Walking Dead being such a cultural phenomenon, it was able to secure some very high profile cast members for Tales of the Walking Dead. Here are just a few: