How to watch The Walking Dead: World Beyond season 2 online

The second season of The Walking Dead: World Beyond is already here. We’ll let you know where you can watch this The Walking Dead spinoff online, and how you can use a VPN to stream new episodes abroad.
Ian Garland Streaming, Kodi and VPN Expert 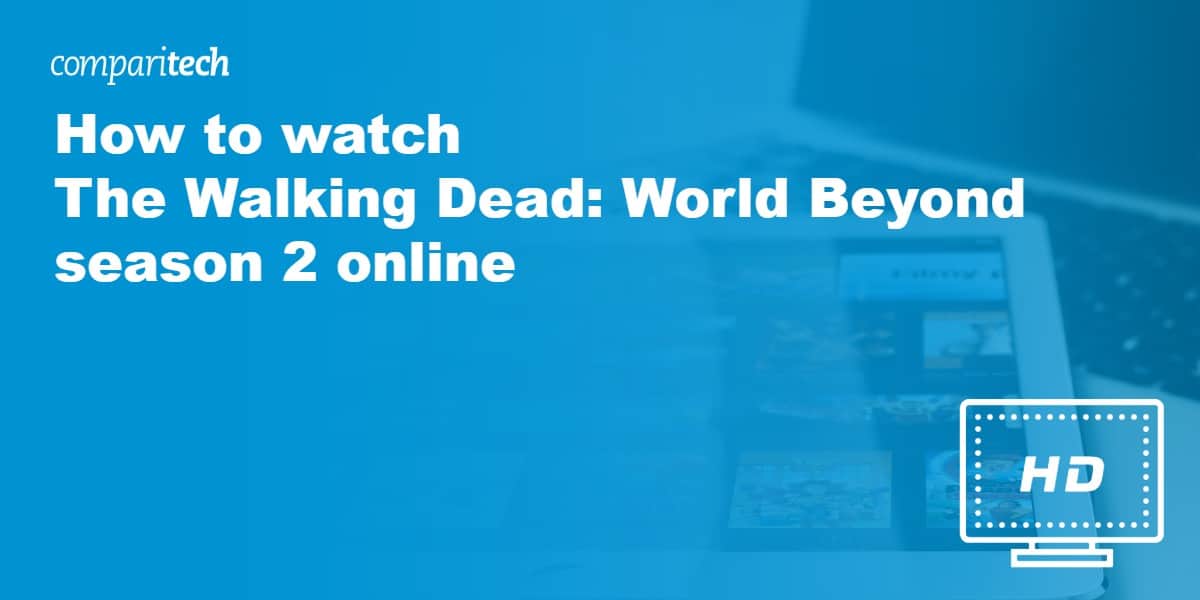 Important: This post will only be covering official sources. The Walking Dead is one of the most popular shows from the last few years, so unlicensed streams are sure to pop up. However, as these are often unreliable, low-resolution, and prone to takedowns, we strongly advise against their use.

The streaming platforms showing the new series of The Walking Dead: World Beyond are all geo-blocked. In other words, you’ll need a VPN to access your usual home services while traveling abroad.

How to stream The Walking Dead: World Beyond abroad with a VPN

VPNs can change your IP address, which tricks region-locked services into thinking you’re wherever your chosen server is. Sound complicated? It’s actually quite simple.

Here’s how to watch The Walking Dead: World Beyond season 2 online from abroad:

If you have time, we recommend running through the steps above before the premiere. This way, if you run into any difficulties, there will still be enough time to seek help from your VPN’s customer support team.

NordVPN is offering a fully-featured risk-free 30-day trial if you sign up at this page. You can use the VPN rated #1 for AMC with no restrictions for a month—great if you want to watch the new series during a short vacation abroad.

How to stream The Walking Dead: World Beyond in the US

AMC is the official broadcaster of The Walking Dead and its spinoffs in North America. Now, if you already receive this channel as part of your TV package, you can just sign into AMC’s website or app and watch at no added cost.

Looking to stream The Walking Dead: World Beyond without cable? The easiest way is to sign up for AMC+. This service includes the first season, costs $4.99 USD, and comes with a seven-day free trial. Alternatively, if you’re in the US, you can watch AMC live online with a Hulu, YouTube TV, fuboTV, or Sling TV account.

Remember: all of these services are geo-blocked so you’ll need a VPN to use them abroad. NordVPN comes with a 30-day money-back guarantee, allowing you to try it risk-free.

Where else can I stream The Walking Dead: World Beyond online?

Amazon Prime Video has the rights to show The Walking Dead: World Beyond in both the UK and Australia. Both libraries include the first season, with new episodes coming every Friday. Plans cost £7.99 or $6.99 AUD per month following a one-month free trial.

Amazon Prime Video is geo-restricted, so you’ll need a VPN to stream The Walking Dead while traveling in other countries.

Can I watch The Walking Dead: World Beyond with a free VPN?

Although you might be tempted to try and stream The Walking Dead with a free VPN, we strongly advise against it. These services are almost always oversaturated with users, resulting in slower speeds and intermittent connections. This manifests as choppy video with lengthy buffering breaks throughout. Additionally, many high-profile streaming services have upgraded their geo-restriction measures recently. Free VPNs are usually the first to be blacklisted, so there’s no guarantee they will even work.

Finally, it’s extremely difficult to tell if you’re using a legitimate service. One recent study found that the Google Play Store contained dozens of fake VPN apps designed to infect your system with malware. Worse, some seemingly functional VPN apps didn’t actually encrypt any of your traffic. The best way to protect yourself and your data is to use a reputable VPN with a tried and tested privacy-first logging policy.

Unfortunately, this show has been cancelled already, so there’ll be no follow up to whatever happens in season 2 unless it’s addressed in a crossover with the main series. The final 10 episodes will see Iris and company trying to rescue Hope frome the CRM and stop Elizabeth at all costs.