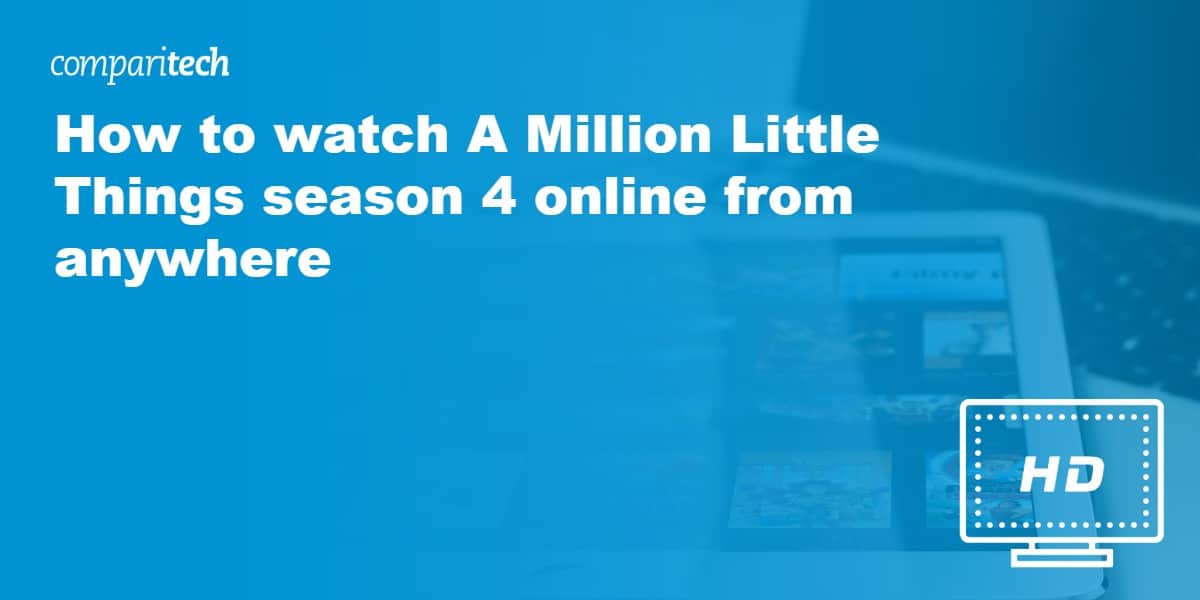 It’s only been a couple of months since A Million Little Things left our screens, but it’s already on its way back! The show will officially return on September 22, with a new episode airing each Wednesday night at 10 PM EST (7 PM PST). What’s more, this will be the longest season ever, with 20 episodes in total. Sounds great, right? Well, keep reading to find out how you can watch every single one online!

Remember: we don’t recommend streaming A Million Little Things with third-party sources. Official broadcasters provide the best possible video quality and, unlike unlicensed streams, there’s no risk of your broadcast being taken down by the copyright holder. Besides, there are lots of legitimate ways to watch this show, many of which offer a free trial. In other words, unofficial streams are effectively pointless.

A Million Little Things will only be shown on geo-blocked streaming platforms. This means that if you’re traveling abroad, you’ll need a Virtual Private Network (VPN) to watch on the same services you’d use back home.

How to watch A Million Little Things online from abroad

VPNs are primarily security tools. They encrypt and reroute your internet traffic, preventing snoopers from seeing where you’re browsing from or what you get up to online. This same functionality can help you regain access to your usual services while traveling too; just follow the steps below.

Here’s how to watch A Million Little Things online from anywhere:

If you’re planning on watching A Million Little Things live online, it’s a good idea to run through the steps above ahead of time. This way, you won’t miss out due to last-minute technical trouble. All of the VPNs mentioned above offer 24/7 live chat making it easy to get help.

NordVPN offers a fully-featured risk-free 30-day trial if you sign up at this page. You can use the VPN rated #1 for streaming ABC with no restrictions for a full month. This is perfect for travelers looking to stay up-to-date with A Million Little Things season 4 during their travels abroad.

How to stream A Million Little Things online on US TV

ABC has exclusive broadcasting rights to this show, which actually makes it pretty easy to watch online. Users can sign in and stream A Million Little Things at no added cost if they’re with a supported cable TV provider. It’s also possible to login with one of four streaming services if you’re trying to watch without cable: Hulu, YouTube TV, fuboTV, or Sling TV.

Of these, we’d recommend Hulu, for two reasons: first, because it’s the least expensive, at $5.99 USD per month instead of $64.99. Second, Hulu’s on-demand library contains the first three seasons of A Million Little Things, making it the natural choice for anyone looking to get caught up. Most of these platforms offer a free trial period, though, so feel free to try them all out.

All of these services are region-locked, so you’ll need a VPN to regain access while traveling outside of the US. NordVPN includes a 30-day money-back guarantee, giving you the option to try it risk-free and claim a refund if it fails to meet your expectations.

Where else can I watch A Million Little Things online?

The fourth season will be broadcast simultaneously across North America, which means Canadian viewers just have to tune in on Wednesday nights at 10 PM EST. The only difference is that episodes are shown on W Network instead of ABC.

You can always watch live (and for free) on CityTV and GlobalTV. As an added bonus, both networks currently have the first three seasons for streaming as well. Unfortunately, you’ll need to sign in with your cable provider to watch on-demand, and since neither supports any streaming services, so their on-demand content is strictly inaccessible without a cable subscription.

To use the services above while traveling outside of Canada, you’ll need a VPN.

Although there are no details as to when season 4 will be arriving in Australia, fans have a couple of ways to stream older episodes of A Million Little Things online. Stan, for instance, has seasons one and two, and costs $10 AUD per month following a 30-day free trial. However, Paramount Plus has all three seasons, and is less expensive, at $8.99 per month. The compromise is that it only has a seven-day trial, but if you’re only looking to refresh your memory, this should be plenty.

Stan and Paramount Plus are only normally accessible in Australia. That said, with the right VPN, you’ll be able to stream them while traveling abroad.

What do we know about season four of A Million Little Things?

Although there is a short trailer for season 4, it really doesn’t tell us much about what we can expect. There are a couple of obvious plot threads in need of resolution, though: namely the altercation between Gary and Peter, and the identity of the person who called Eddie in the season 3 finale. We do know that Maggie will come upon a new career opportunity in the season 4 premiere, but whether she goes for it or not remains to be seen.