How to watch Coronation Street online abroad for free 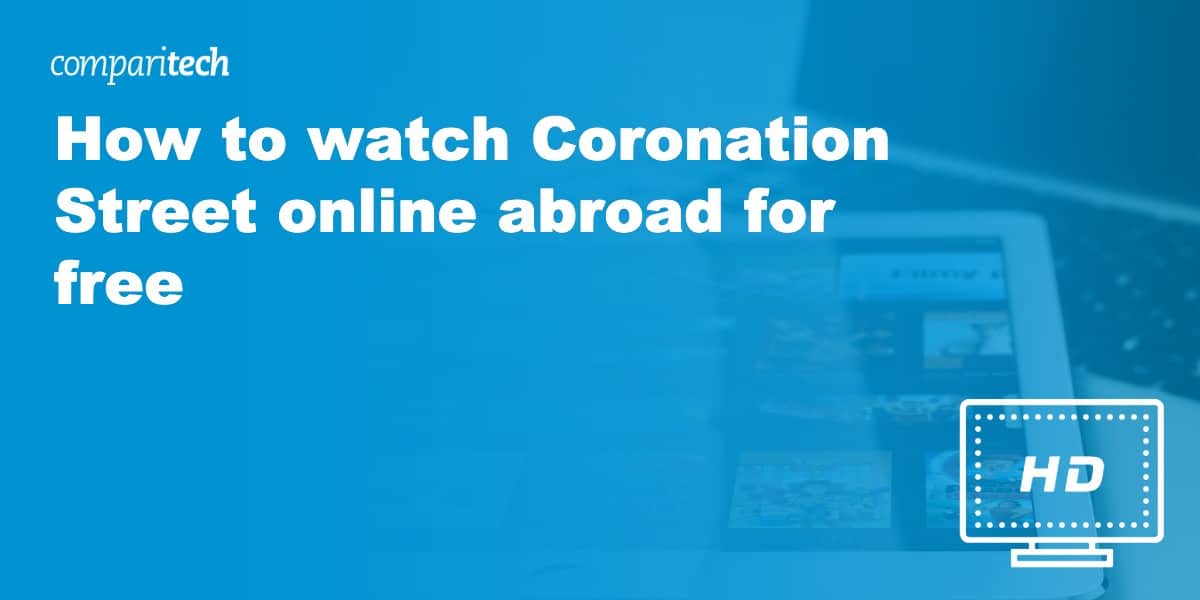 Coronation Street has been on our TV screens for over 60 years and remains as popular today as it has ever been. However, the trouble with traveling abroad is that you end up missing so many episodes! The reason for this is that Coronation Street is only available in the UK due to copyright restrictions. To bypass these geographic limitations, you’ll need to connect to a Virtual Private Network (VPN). Below, we’ll explain exactly how to do this.

While you may find unlicensed streams of Coronation Street, they are likely to be of far inferior quality. Even if you can get past the low resolution and excessive lag and buffering, there’s still the risk that an unauthorized stream will be taken offline for violating copyright. Besides, you can watch Coronation Street online from abroad, for free, via an official source (more on this below). As such, there’s no need to waste time on dodgy, unreliable streams.

Coronation Street is only available to stream on region-locked platforms. Want to watch it online from abroad via your usual home streaming service? You’ll need to use a VPN to do so!

How to watch Coronation Street online from anywhere

First, we’ll quickly explain how a VPN works. They encrypt your data, routing it to a server in your preferred location. You’re also assigned a new IP address that lets you spoof your location and access region-locked websites and services from anywhere in the world.

Here’s how to watch Coronation Street online abroad (for free):

NordVPN is offering a fully-featured risk-free 30 day trial if you sign up at this page. You can use the VPN rated #1 for ITV Hub with no restrictions for a month -- ideal if you’re going on vacation and don’t want to miss any episodes of Coronation Street.

How to watch Coronation Street on UK TV for free

You can watch Coronation Street live and on-demand on ITV Hub. The good news is that you can stream its content for free! However, you will need to sign up for an account in order to do so. This requires providing the following personal information: your name, email address, date of birth, and a UK postcode (any UK postal code is accepted). While a UK TV license is also required to watch live, there’s no real verification process in place for this.

ITV Hub is only available in the UK because ITV doesn’t hold international broadcasting rights for all of its shows. This means that its content is geo-blocked and can’t normally be accessed abroad. Fortunately, you can watch UK TV anywhere by getting a UK IP address. Indeed, NordVPN comes with a 30-day money-back guarantee, providing you with plenty of time to test it out for yourself, risk-free.

Where else can I watch Coronation Street online?

ITV Hub is a great choice for watching Coronation Street online. First, you can watch episodes live and on-demand. Second, it’s free! However, there are some other options available:

Unfortunately, you can’t normally access ITV Hub In the US, so episodes of Coronation Street are instead released on Hulu two weeks after they have aired in the UK. In fact, at the time of writing, there were episodes going back to mid-2020. Unlike ITV Hub, this streaming service requires a paid subscription. It costs $5.99 USD/month with ads or $11.99 per month ad-free. Furthermore, it comes with a one-month free trial. Keep in mind that Hulu is only available in the US so a US IP address via a VPN is required to watch abroad.

Coronation Street fans in Canada can also watch for free. It’s available on CBC Gem where episodes air two weeks later than in the UK. You don’t even need to sign up for an account to watch. If you’d prefer to watch without ads, a paid subscription is available for $4.99 CAD per month. This comes with a 30-day free trial. Due to geographic restrictions, CBC Gem is only available in Canada. You’ll therefore need a VPN and Canadian IP address to stream its content from anywhere.

TVNZ also lets you watch Coronation Street online for free due to the fact that it’s an advertising-funded service. To watch, you’ll need to create an account and provide your name, email address, date of birth, and gender. While TVNZ once lagged some 18 months behind the UK, it has since caught up with episodes airing just one week after their UK premiere. TVNZ is only available in New Zealand but you can unblock it abroad with a VPN and New Zealand IP address.

What should I know about Coronation Street?

Such is its longevity, chances are you’re already familiar with Coronation Street. The British soap opera first appeared on TV screens in 1960 and has since racked up more than 10,000 episodes. In fact, it’s the longest-running TV soap opera in the world. Airing six times a week, it revolves around the residents of Coronation Street, a terraced street in the fictional town of Weatherfield.

Who is in the cast of Coronation Street?

Plenty of characters have come and gone in Coronation Street’s 60 years on television. However, one notable constant has been William Roche who has played Ken Barlow since Coronation Street was first broadcast in 1960. Indeed, there are a number of long-serving cast members. This includes Barbara Knox (Rita Sullivan), Chris Gascoyne (Peter Barlow), Helen Worth (Gail Platt), and Kate Ford (Tracy Barlow).