How to watch Godfather of Harlem season 2 online from anywhere 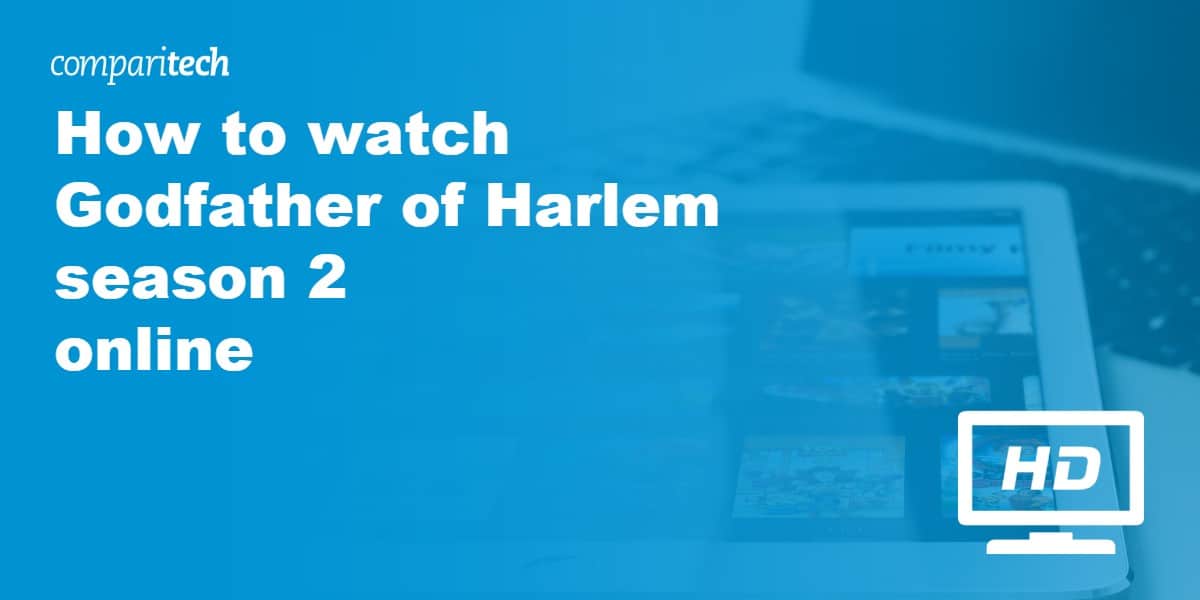 The second season of Godfather of Harlem will begin airing at 9 PM EDT (6PM PDT / 2 AM BST) on April 18. New episodes will be released weekly, and just like with the first season, there’ll be 10 episodes in total. Below, we’ll explain how to stream Godfather of Harlem season 2 online and even tell you where to watch older episodes in case you’re looking to catch up ahead of the premiere.

Godfather of Harlem has a dedicated following, so unauthorized streams are likely to crop up. However, we don’t recommend using these. Not only is the video quality usually very poor, but there’s always the chance that the stream you’re watching will be taken offline for copyright violation. Luckily, this show is pretty easy to watch, with plenty of official broadcasters, some of which even offer a free trial.

This show will only air on geo-blocked streaming platforms. In other words, if you’re traveling outside of your home country, you’ll need a VPN to watch on your usual services.

How to stream Godfather of Harlem online from abroad

VPNs work by encrypting your data and sending it through a server somewhere else in the world. This not only keeps your activities hidden from snoopers, it also allows you to spoof your location and access geo-restricted services from outside of their intended broadcast area.

Here’s how to watch Godfather of Harlem season 2 online from anywhere:

NordVPN offers a fully-featured risk-free 30-day trial if you sign up at this page. You can use the VPN rated #1 for streaming with no restrictions for a full month. This is perfect for travelers looking to stay up-to-date with their favorite show during a trip abroad

This show is an EPIX exclusive, but there are several different ways you can watch. First, it’s possible you already have access as part of your cable TV package. If so, just enter your provider details into the website and you’ll be able to stream Godfather of Harlem at no added cost.

If you want to watch without cable, you can sign in with a YouTube TV or Philo account. It’s also possible to add Epix to your Amazon Prime Video account for an extra $5.99 USD per month. Finally, you can just sign up for EPIX Now; this usually costs $5.99 per month but the service is currently running a promotion where your first two months are just $0.99 each.

The above services are all region-locked, so you’ll need a VPN to stream Godfather of Harlem on them from outside of the US. NordVPN comes with a risk-free 30-day money-back guarantee, allowing you to claim a full refund if you try it and are unimpressed.

Where else can I watch Godfather of Harlem online?

This show has quite the international fanbase, and can be watched in several countries around the world. Take a look below to find out which network broadcasts Godfather of Harlem where you are:

It’s extremely easy to watch this show in Australia. Stan has the entire first season and will begin showing the second from April 20, just two days after the US premiere. That’s not half bad for a service that only costs $10 AUD per month.

To sweeten the deal even further, Stan comes with a 30-day free trial. As such, if you’re willing to wait until the series is over, you can sign up, watch every episode, and cancel before your payment method is charged.

Stan is geo-restricted, so you’ll have to be in Australia or connected to an Australian VPN server to access it.

Canadian viewers can stream the first season of Godfather of Harlem at no added cost on CityTV. There are a couple of catches though: you have to sign in with a cable TV subscription since no online-only passes are available and there are currently no details on when season 2 will be arriving on the service.

CityTV is only available in Canada. Despite this, you can use it as normal from abroad by connecting to one of your VPN’s Canadian servers.

Starzplay holds exclusive broadcasting rights to Godfather of Harlem in the UK. Although it hasn’t yet announced when fans can expect to see season 2, the first series arrived about a month after its US premiere. As such, fans might not have too long to wait.

This service costs £4.99 per month, following a seven-day free trial. If you’d prefer not to download the app or watch via the website, you can add the Starzplay addon to your Amazon Prime Video account instead. The price is the same either way, so feel free to use whichever method is most convenient for you.

This service is available in several countries but changes its content based on your location. As such, you’ll have to use a VPN to stream Godfather of Harlem while traveling outside of the UK.

What can we expect from Godfather of Harlem season 2?

The teaser trailer promises a blend of strategy and out-and-out action in season 2, with Bumpy trying to outmaneuver the Italians and take back Harlem for good. Malcolm, on the other hand, is having to contend with constant assassination attempts and struggles to reconcile his beliefs with Bumpy’s violent methods.

Who stars in Godfather of Harlem?

As far as we know, all of the main cast members are returning, but there have also been a few additions to the roster, plus some high-profile guest stars. Here’s a brief rundown of who’s who in season 2 of Godfather of Harlem: