How to watch How I Met Your Father online from anywhere

Looking to stream How I Met Your Father? We explain everything you need to know about this HIMYM spinoff, including who’s in it and where you can watch it online.
Ian Garland Streaming, Kodi and VPN Expert 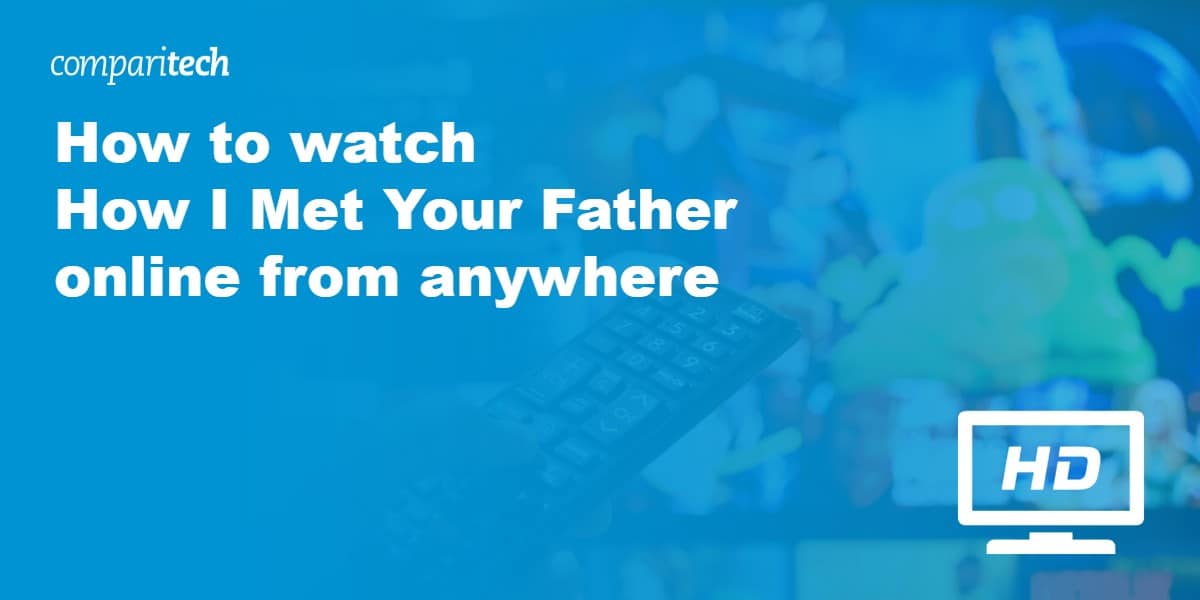 How I Met Your Father officially premiered on January 18. Although the first two episodes aired back-to-back, there’ll only be one each week from now on. This will continue until the first 10-episode season ends in March. There’s plenty to look forward to before then, though! Take a look below to find out how to stream the HIMYM spinoff, online from anywhere in the world.

Given the original show’s popularity, unlicensed streams are almost inevitable. However, we recommend only watching How I Met Your Father via official sources. These provide the best possible experience and since they’re fully legal, they won’t be taken down halfway through. Best of all, we’re about to explain how you can stream How I Met Your Father legally, for free.

You should note that How I Met Your Father will only be available on geo-restricted services. This means that you’ll need a Virtual Private Network (VPN) to watch on your usual channels while traveling abroad.

How to stream How I Met Your Father online from abroad

VPNs are tools that enhance your privacy by encrypting your internet traffic and making it seem like it came from a different location. We can use this second step to regain access to region-locked streaming services while on vacation, though.

Here’s how to watch How I Met Your Father abroad:

NordVPN offers a fully-featured risk-free 30-day trial if you sign up at this page. You can use the VPN rated #1 for streaming with no restrictions for a full month. This makes it a great choice for travelers hoping to watch their usual content while on vacation abroad.

How I Met Your Father is exclusive to Hulu in the US. This is great news for a couple of reasons. First, Hulu offers a generous one-month free trial. In other words, if you sign up after February 15, you can quickly catch up on every previous episode and watch the remainder of the season without paying anything.

Additionally, Hulu’s library currently includes all nine seasons of How I Met Your Mother. This makes it perfect for newcomers to the series or anyone looking to refresh their memory before they start the sequel. While you likely won’t be able to stream all of this before your trial ends (the series is about 70 hours long from start to finish), Hulu is one of the least expensive services on the market, at $6.99 USD per month.

Hulu is geo-restricted, meaning you’ll need a VPN to use it outside of the US. NordVPN comes with a 30-day money-back guarantee that allows you to try it completely risk-free. If you’re unsatisfied for any reason, just cancel during this time to receive a full refund.

Where else can I watch How I Met Your Father online?

Disney has picked up international broadcast rights for this show. Disney Plus subscribers in India can watch it right now, while those in Canada, Australia, the UK, and the rest of the world will have to wait until March 9. Unfortunately, Disney Plus no longer offers a free trial, so you’ll have to pay to stream How I Met Your Father outside of the US.

What do we know about How I Met Your Father?

You might think that How I Met Your Father is a retelling of How I Met Your Mother, only from the opposite perspective. Thankfully, this isn’t the case. Instead, How I Met Your Father is a direct sequel, following an entirely new cast of characters. The premise itself is fairly similar, though, with a woman (Sophie, played by Hilary Duff) explaining to her children how she met… well, you get the idea. Here’s a look at the official trailer in case you’d like to learn more.

Do I need to have seen How I Met Your Mother first?

As it’s an entirely new story, you don’t necessarily have to have watched How I Met Your Mother. However, there are almost certain to be references, in-jokes, and callbacks that will fly over your head if you skip the original series. With both shows available on Hulu, there’s really no reason to go in blind.

Who stars in How I Met Your Father?

How I Met Your Father has a cast full of recognizable faces, although so far, there’s no indication that any of the main characters from How I Met Your Mother will return. Here’s a quick rundown of who’s who in the sequel: