How to watch Loki live online from anywhere

Looking to stream Marvel’s new Loki TV show online? We’ll give you a rundown of how to stream Loki while abroad so you can still watch while traveling.
Ian Garland Streaming, Kodi and VPN Expert 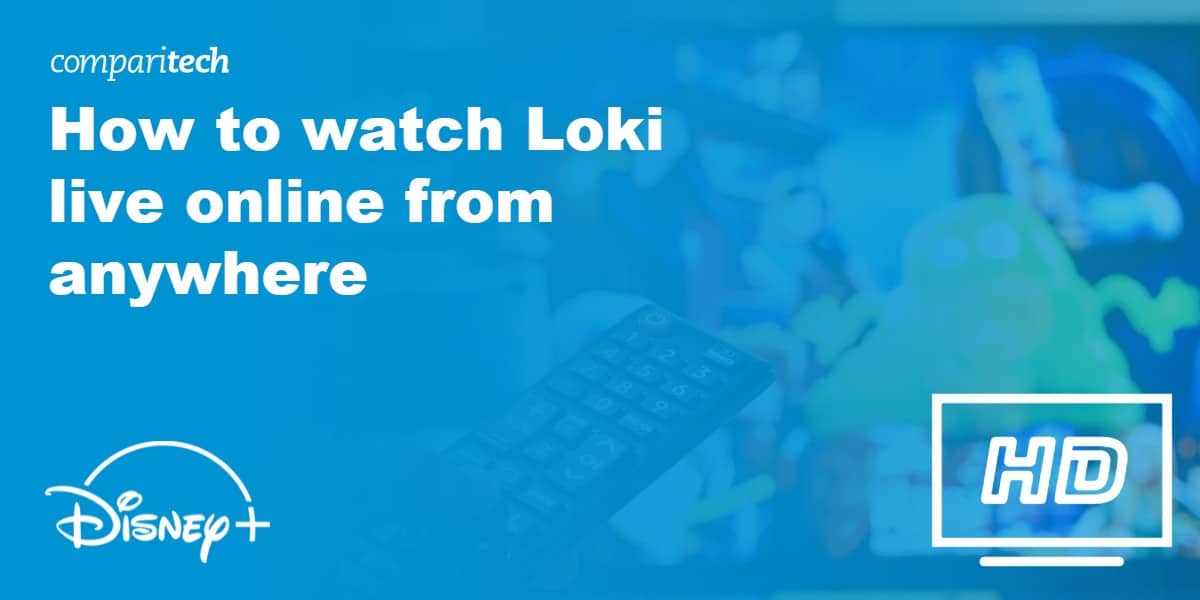 The first episode of Loki will be available from midnight PST (3 AM EST / 8 AM BST) on June 9. Season one will have just six episodes, each lasting around 45 minutes, with a new one released every Wednesday. Fans have been waiting since Avengers: Endgame to find out more about Loki’s story, so it’s only natural that there’s a huge amount of excitement around the release. Here’s the good news: it’s really quite easy to stream Loki online.

Because of the hype surrounding Loki (and really, the Marvel Cinematic Universe in general), there will almost certainly be third-party streams available. However, we do not recommend using these. Remember: official sources guarantee the highest possible video quality and can’t be taken offline for violating copyright.

Loki will only be available on a single geo-restricted streaming service, and this may not show the series in every location. In other words, if you’re traveling abroad, you may need a Virtual Private Network (VPN) to watch on your usual home services.

How to stream Loki online from abroad

VPNs encrypt your data, which helps keep your online activities hidden from snoopers. They can also make it look like you’re browsing from another location. Needless to say, this makes using geo-blocked services abroad very simple.

Here’s how to watch Loki online from anywhere:

NordVPN offers a fully-featured risk-free 30-day trial if you sign up at this page. You can use the VPN rated #1 for streaming Disney+ with no restrictions for a full month. This is perfect for anyone hoping to stream Loki during a trip abroad

How to watch Loki online from anywhere

It should come as no surprise that Loki will be exclusive to Disney+. This service is available in over 50 countries already, including the US, the UK, Canada, and Australia. Further, it plans to launch in Eastern Europe and several Asian countries (such as Hong Kong, Taiwan, and South Korea) later this year. Better still, as far as we know, the show will be released in all regions simultaneously, so fans aren’t penalized simply for living in a specific part of the world.

This service’s price varies from one country to another, but generally, you can expect to pay around $7.99 USD per month. It’s also possible to sign up for a year upfront, in exchange for a slight discount (in the US, an annual plan costs $79.99).

Not quite caught up? Need a refresher? Disney+ offers the vast majority of the Marvel Cinematic Universe movies, making it a one-stop-shop for anyone looking to get up to speed quickly. There are a couple of movies missing, like Logan and Deadpool, but neither of these is required viewing for (or even related to) the Loki TV show.

Disney+ isn’t available everywhere. If you’re traveling in a region where this service has yet to launch, you can still access it by connecting to a VPN server in your home country where it is available. Don’t have a VPN yet? No problem: NordVPN includes a 30-day money-back guarantee, meaning you can try it out completely risk-free. If you’re unimpressed, just cancel to receive a full refund.

What do we know about the Loki TV show?

The premise of Loki is quite simple: thanks to Loki’s actions during the Avengers series, he has broken the normal flow of time and created an alternate timeline. The TV show sees him forced into working with the Time Variance Authority (or TVA) in a bid to set things right again. However, Loki is inherently slippery and looking for any chance he can find to escape. The two-minute trailer promises a blend of action, comedy, and sci-fi, so there should be something for everyone to enjoy.

What Marvel movies do I need to have seen to understand Loki?

The short answer is that, in theory, you only need to watch six movies to learn about Loki, his backstory, and the setting of the Loki TV series. These are:

However, Marvel tie-ins tend to be filled with references to other Marvel properties, which means that without a fuller understanding of the franchise, there will almost certainly be information that slips past you. In other words, the more Marvel movies you watch in preparation for Loki, the better.

Does Disney+ have a free trial?

Disney+ launched with a free trial in many countries, only to scrap it shortly afterward. This is understandably disappointing to people who were only interested in streaming a few of the platform’s original shows. However, there are some locations where you can still get a free trial of Disney Plus. In Japan, for instance, the service provides a one-month trial.

Who are the cast of the Loki TV show?

Predictably, Tom Hiddleston will be reprising his role as Loki, the trickster god from the Thor and Avengers movies. That said, there will also be plenty of other famous faces present, and we’ll list a few of these below: