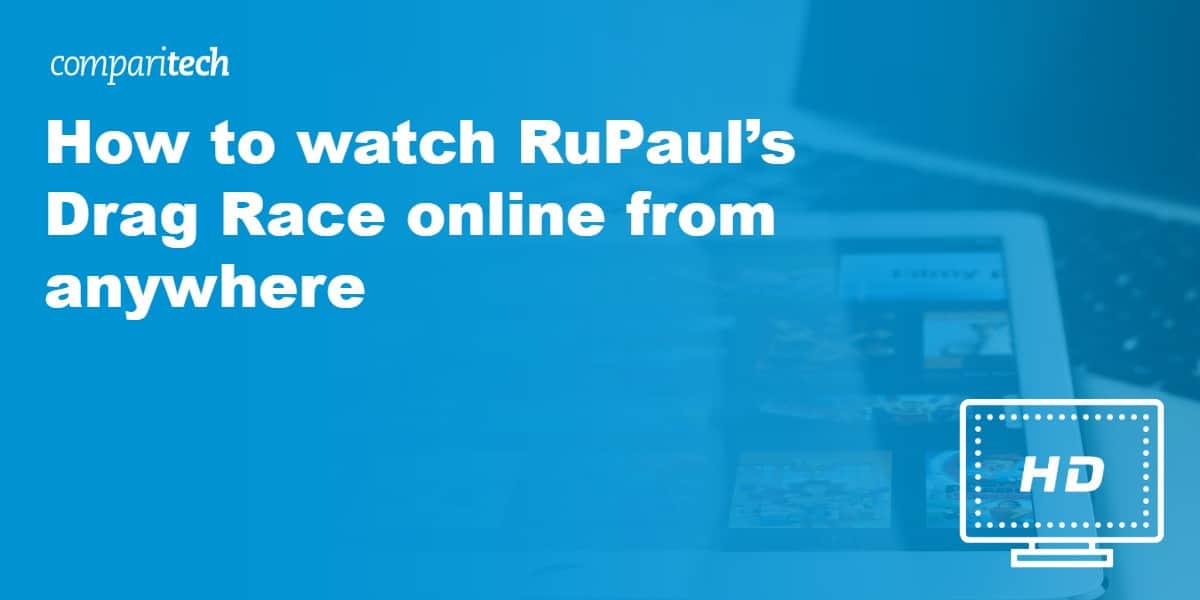 RuPaul’s Drag Race season 14 will premiere on Friday, January 7 (2021) at 8 PM EST (5 PM PST). Season 14 sees 14 new queens competing for the title of “America’s next drag superstar”. In order to be able to watch online from abroad, you’ll need a Virtual Private Network (VPN). Read on to find out how this can help you unblock geo-restricted content from abroad.

Note that we’re only recommending official sources for watching RuPaul’s Drag Race season 14 online. This is a very popular reality competition which means there will almost certainly be unlicensed streams available. However, you can expect such streams to be unreliable, with low-resolution video and excessive amounts of lag and buffering. Unauthorized streams may also be taken offline without warning for violating copyright. We’ll show you how to watch RuPaul’s Drag Race season 14 online via official sources so you don’t miss out on any of the fun.

RuPaul’s Drag Race season 14 will only be shown on region-locked platforms. However, you can watch it abroad via your usual home streaming services by connecting to a VPN.

When you connect to a VPN, your internet traffic is routed through an encrypted tunnel, hiding your IP address and location. By connecting to a server in the US, you can get an American IP address, allowing you to unblock VH1 and stream RuPaul’s Drag Race season 14 online from anywhere in the world.

The premiere of RuPaul’s Drag Race season 14 will air live on VH1. By testing your VPN with VH1 in advance, you can avoid any last-minute hiccups. If there are any issues, you should still have plenty of time to contact your VPN’s customer support team for further assistance.

NordVPN is offering a fully-featured risk-free 30-day trial if you sign up at this page. You can use the VPN rated #1 for VH1 with no restrictions for a month - ideal if you're traveling abroad for a few weeks.

RuPaul’s Drag Race season 14 is set to premiere on VH1. If you’re in the US, you can watch online by signing in with your TV provider (you’ll need to enter the login details you use with your TV provider). It’s also worth knowing that you can get a 24-hour viewing pass by signing in via your Facebook account or creating a Viacom account. Note that if you sign up for an account, you’ll be asked to provide your email address and date of birth.

However, VH1 is also available cable-free via the following streaming services: FuboTV ($64.99 USD/month), Hulu with Live TV ($69.99/month), Philo ($25/month), and YouTube TV ($64.99/month). While Philo is the most affordable option, it’s worth knowing that the Hulu plan includes access to Disney+ and ESPN+. In the case of YouTube TV, the current special offer means you pay just $54.99 a month for the first three months.

Note that VH1 content is region-locked and unavailable outside the US. Fortunately, you can bypass such geographic restrictions with the help of a VPN. All you need to do is connect to a server in the United States for a US IP address and the content will be unblocked. NordVPN unblocks VH1 and comes with a 30-day money-back guarantee. As such, you can try it out with VH1 risk-free. If NordVPN doesn’t meet your expectations, you can always request a full refund within the 30-day period.

Where else can I watch RuPaul’s Drag Race season 14?

Fortunately, there are a number of ways you can watch RuPaul’s Drag Race season 14 around the world:

If you’re in Canada, you’ll be able to watch season 14 of RuPaul’s Drag Race on Crave on the same day as its US premiere (Friday, January 7). You may already have access to Crave via your cable TV provider in Canada. In this case, all you need to do is access the Crave website or app and sign in using your TV provider login details (an email address or username and password).

Alternatively, you can stream Crave cable-free by signing up directly through Crave. This requires a paid subscription which costs $19.99 CAD per month (a mobile-only plan is available for $9.99/month). In order to watch Crave abroad, you’ll need a VPN. This requires connecting to a server in Canada and getting a Canadian IP address.

Season 14 episodes of RuPaul’s Drag Race will air weekly on WOW Presents Plus which costs £4.49 a month. An annual subscription is priced at £44.90 which works out at just £3.74 per month in comparison. While WOW Presents Plus is available in many countries, content can vary due to licensing agreements. As such, you’ll want to use a VPN to get a UK IP address in order to bypass restrictions.

RuPaul’s Drag Race season 14 is coming to Stan on Saturday, January 8. In fact, all of the previous 13 seasons are available on the Australian streaming platform. There are three subscription plans available: Stan Basic ($10 AUD/month), Stan Standard ($14/month), and Stan Premium ($19/month). It also includes a 30-day free trial.

Keep in mind that Stan is region-locked. If you’re planning to watch Stan when traveling abroad, you’ll need to connect to a server in Australia to obtain an Australian IP address.

What do we know about RuPaul’s Drag Race season 14?

Season 14 of RuPaul’s Drag Race sees judges Michelle Visage, Ross Mathews, and Carson Kressley return for their search for “America’s next drag superstar”. We’ll meet 14 new queens, all of whom are competing for the prestigious title as well as a $100,000 prize. Notably, this is the youngest Drag Race cast ever and we’ll also see Maddy Morphosis making history as the show’s first ever heterosexual, cisgender male contestant.

Who are the contestants of RuPaul’s Drag Race season 14?