Looking to watch The Wire online? In this post, we’ll let you know how to stream every episode of The Wire in the UK or anywhere else in the world with a Virtual Private Network (VPN).
Ian Garland Streaming, Kodi and VPN Expert 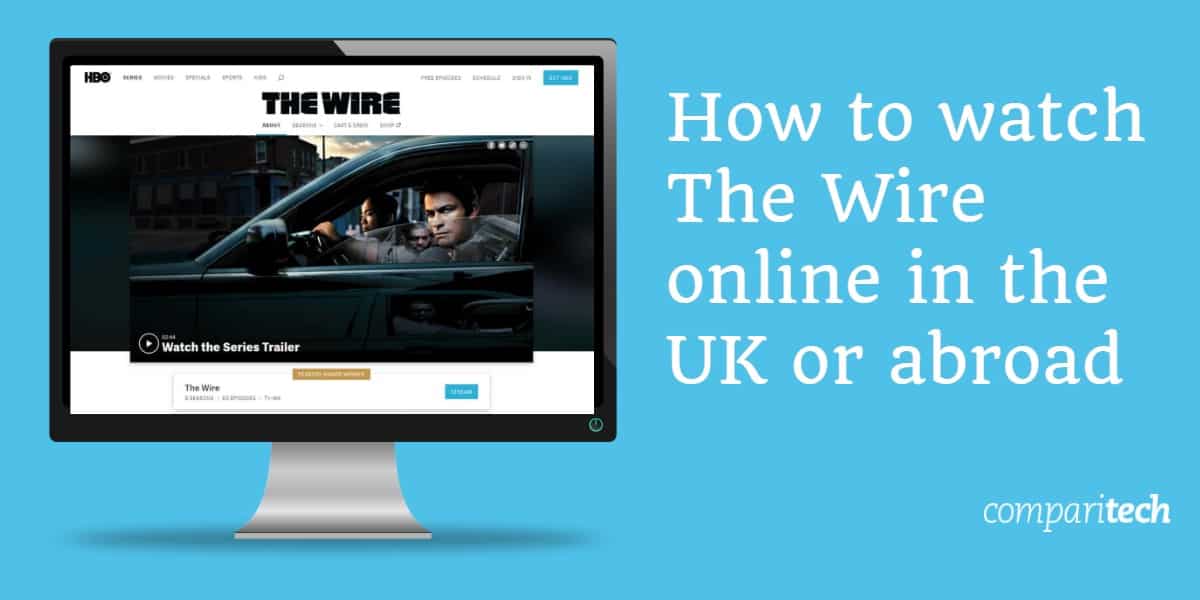 More than a decade after it finished airing, The Wire is still widely regarded as one of the best TV shows of all time. The problem is that the services showing The Wire are only available in specific countries. Below, we’ll explain how spoof your location and watch seasons 1–5 of The Wire for free, from anywhere, using a VPN.

You should note that we’ll only be recommending official sources. While popular TV shows like The Wire are frequently available on shady streaming sites, these usually only provide laggy, low-resolution video. Additionally, unlicensed streams can be taken down for copyright violation at any moment, leaving you unable to watch the end of the series. As we’ll explain below, you can stream all five seasons of The Wire anyway so there’s no need to use unauthorized sources.

The Wire is only available on region-locked streaming services. This means that to watch The Wire abroad, you’ll need a VPN.

How to stream The Wire abroad with a VPN

With the right VPN, it’s easy to access geo-restricted services abroad. Just follow the steps below to unblock and watch The Wire from the UK, the US, France, Germany, Spain, or anywhere else.

Where can I watch The Wire in the UK?

All five seasons of The Wire are included with Now TV’s Entertainment Pass. This usually costs £7.99 per month, although there is a one-week trial, meaning if you’re quick, you can watch The Wire online for free. Just make sure to cancel before the trial ends so you aren’t charged.

If you’d prefer to own a digital copy of the show, you can purchase every series individually on Amazon Prime Video. This is a very expensive way to watch, however, with each season costing between £19.99 and £24.99. As such, depending on how quickly you plan to get through each season, you may be better off watching on Now TV instead.

Both Now TV and Amazon Prime Video are geo-restricted. Additionally, Now TV only accepts payment methods that have a British billing address, so it’s difficult to sign up from abroad. Existing subscribers can still use the service as normal by connecting to a UK VPN server first. Don’t have a VPN? ExpressVPN includes a 30-day money-back guarantee, enabling you to stream The Wire risk-free. If you’re unsatisfied, just cancel within 30 days to claim a full refund.

Where else can I stream The Wire online?

Given this show’s massive international following, it’s only natural that you’d be able to watch it around the world. Read on to find out which services are showing The Wire in your country:

HBO produced The Wire, so understandably, this show is available on HBO Go. Does your cable TV plan include HBO? If so, you can log in and begin streaming at no extra cost. Otherwise, you’ll need an HBO Now account. These cost $14.99 USD per month, but they come with a one-week trial, allowing you to stream The Wire for free.

Of course, you’ll be hard pressed to watch all 60 episodes in one week. However, Hulu and Amazon Prime Video both offer an HBO addon. These services both offer free trials (one week for Hulu and a month for Amazon Prime Video), and the HBO addon comes with a week-long trial regardless of which platform you use, meaning as long as you remember to cancel in time, you’ll have up to three weeks to watch The Wire in its entirety, free of charge

All of the streaming services above are region-locked. As a result, you’ll have to either be in the US or connected to a US VPN server to use them.

Crave is the only streaming service offering The Wire in Canada. Already a Crave subscriber? If so, just log in with your cable provider details and you’ll be able to stream whatever you like at no added cost.

If you don’t have cable, don’t worry; you can also sign up online. Despite being an HBO show, The Wire seasons 1–5 are actually included in the base Crave subscription. This means that after the one-month free trial ends, you’ll only have to pay $9.99 CAD per month instead of $19.98 for the Movies + HBO package.

Crave is only available in Canada, so you’ll have to connect to a Canadian VPN server in order to access it abroad.

Foxtel currently allows you to watch every episode of The Wire on-demand. If you’re an existing Foxtel TV customer, this is completely free. If not, you can just sign up for Foxtel Now instead. Packages start at $25 AUD per month but there’s a ten-day free trial during which you’ll have access to every channel. As The Wire is included in the Pop Pack, which is part of the standard plan, there’s no need to pay extra.

You can also buy seasons individually on Fetch, but given the high cost of doing so (each series costs around $20), we don’t recommend it.

Foxtel and Fetch streaming services are both region-locked. Additionally, Foxtel requires users to enter an Australian phone number during registration, making it difficult to sign up unless you usually live in Australia. Existing subscribers can access these platforms abroad with a VPN.

When is season six of The Wire coming out?

Quite simply, there is no news of any upcoming sixth season, reboot, prequel, or spin-off of The Wire. At a reunion event in 2014, David Simon, one of the show’s creators said that any future iteration would only serve as an effort to keep the franchise going.

Luckily, there’s no shortage of excellent HBO shows at the moment. From Game of Thrones to Big Little Lies, there’s something for everyone, and with a VPN, you’re free to stream anything you like, wherever you are in the world.