Best VPNs for HBO so you can watch from anywhere

Want to watch HBO online? We take a look at the best VPNs for streaming HBO so you can watch when traveling abroad and never lose access to your favorite shows from home.
Paul Bischoff TECH WRITER, PRIVACY ADVOCATE AND VPN EXPERT 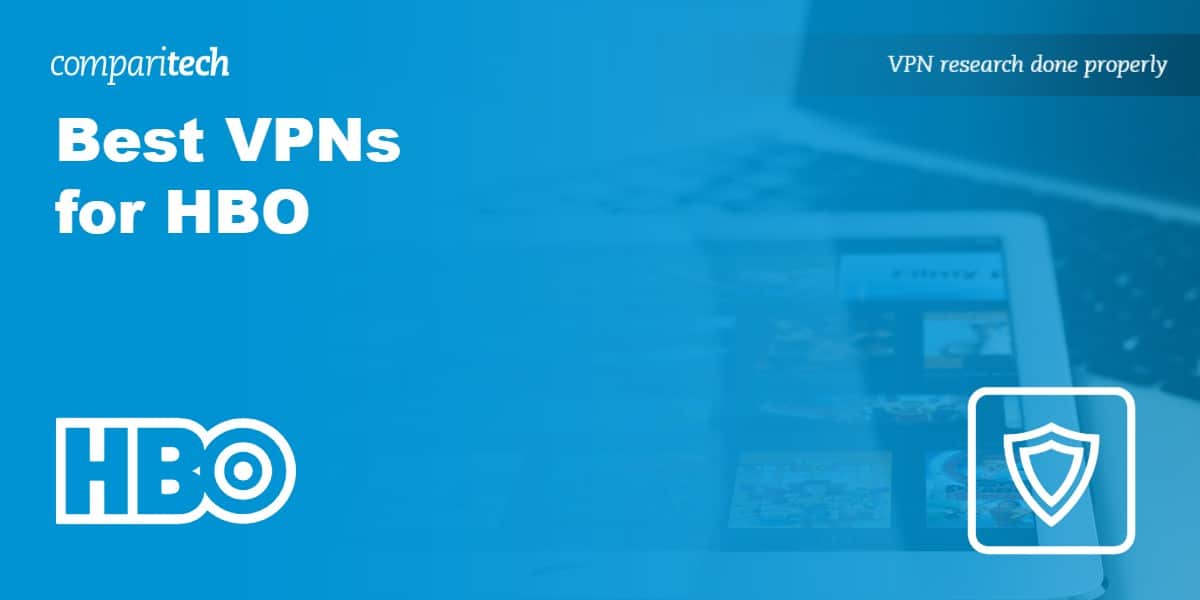 HBO subscribers can’t usually watch all their favorite movies and original television series, such as Game of Thrones, while away from home. Even with a premium cable TV subscription package that includes HBO, most services that let you watch HBO online aren’t available outside the US.

But a workaround exists to accessing HBO outside America from any overseas destination. Using a VPN, you can get an American IP address that will make geo-blocked services believe you are in the US. Short for Virtual Private Network, a VPN encrypts your internet traffic and routes it through a remote server in your chosen location. By connecting to a VPN server location in the US, you can easily unblock HBO and watch your favorite HBO shows from anywhere in the world.

We get into some detail about each of the VPNs that made this list, but if you’ve not got time to read through the rest of this article, here are the best VPNs for watching HBO:

GET A 30 DAY FREE TRIAL OF NORDVPN

NordVPN is offering a fully-featured risk-free 30 day trial if you sign up at this page. You can use the VPN rated #1 for HBO with no restrictions for a month - great if you want to binge your favorite show or are going on a short trip.

The Best VPNs for HBO

We ranked our list of the best VPNs for HBO based on the following criteria:

NordVPN works with most streaming platforms, including HBO Max, YouTube TV, and Hulu. Not only that, but it operates over 1,700 servers in the United States alone. You can live chat support or just check the knowledge base on the company website to find out which servers work best for a particular streaming content service.

NordVPN touts a true zero logs policy and uses 256-bit encryption, plus a customizable kill switch. You can connect up to six devices at the same time on a basic subscription.

Apps are available for all major platforms including Linux, Windows, MacOS, iOS, and Android.

BEST VPN FOR HBO:NordVPN is our top choice. A secure VPN service that works reliably with HBO Max and most popular streaming sites. Connects up to 6 devices simultaneously. Comes with a risk-free 30-day money-back guarantee.

Surfshark is a strong choice for anyone looking to stream geo-blocked video content abroad. It has over 3,200 servers in 63+ countries, provides high enough speeds for HD streaming, and in addition to unblocking HBO Max, it also lets you use major services like YouTube TV and Hulu. What’s more, Surfshark permits an unlimited number of simultaneous connections, so you’ll be able to stream whatever you want, wherever you are, on whichever device you prefer.

Luckily, this VPN is as secure as it is versatile. It keeps your activities hidden from prying eyes using 256-bit strong encryption, protection against IPv6, WebRTC, and DNS leaks, and a kill switch (which automatically stops all traffic should your connection drop suddenly). Surfshark doesn’t log any personally identifiable information, although if you’re concerned about privacy, you can register anonymously (by paying in crypto and using a throwaway email address). Live chat-based support is available 24/7.

ExpressVPN operates servers in well over a dozen locations in the US alone, and in 94 countries worldwide. You really can’t go wrong here. Speeds are fast. Security is cutting edge.

The company keeps no logs of your activity or IP address. Live customer support is available all day every day, so if HBO has blocked a server, just ask the staff which one to connect to.

Not only can ExpressVPN unblock HBO Max, but it also works with YouTube TV, Hulu,Disney Plus, and Amazon Prime Video.

Apps for all major platforms, including Windows, MacOS, iOS, Android, and even Linux, are easy to use so you can start streaming the first episode of your favorite show as soon as it is broadcast.

GREAT FOR STREAMING:ExpressVPN is quick and secure. Reliably unblocks HBO Max as well as many other online streaming services. Exceptional connection speeds for buffer-free HD viewing along with total security and privacy. Has a 30-day money-back guarantee.

IPVanish owns, rather than rents, its huge global network of servers. That includes several locations in the United States that you can connect to when you want to stream an episode of Fargo. You can view a server’s current load and capacity right in the app.

IPVanish has a strict no logs policy, meaning it doesn’t record any of its users’ activity or connection logs. 256-bit AES encryption will keep all of your traffic in a secure tunnel. There’s live chat-based support, but for more technical queries, customer service usually replies within hours of submitting a ticket.

NO CONNECTION LIMITS:IPVanish has a large network of servers. Generally solid for watching HBO online. Adhere to the highest standard of privacy but can struggle with unblocking some popular media streaming platforms. 30-day money-back guarantee.

Private Internet Access has over 35,000 servers globally, spanning 78+ countries, including the United States. PIA unblocks HBO, Hulu, and other streaming platforms easily, and thanks to its use of Wireguard, your streams will be in HD or 4K.

PIA includes a 10 simultaneous device limit and apps for platforms like Windows and Android, to name a few. It uses AES encryption and lets you customize your encryption level when speed is more vital than security.

All plans include a 30-day money-back guarantee, and 24/7 live chat is available to all customers.

PrivateVPN, not to be confused with Private Internet Access, is a relative newcomer in the VPN space. Despite that, it’s proven itself to be competent when it comes to securely accessing popular streaming services like HBO Max, YouTube TV, Hulu and Netflix.

Live chat is available during business hours. PrivateVPN has a smaller network of servers than others on this list, but don’t let that dissuade you–it ranked near the top in our speed tests.

A single account lets you connect up to 10 devices simultaneously so everyone in the house can watch Veep at the same time. The service keeps no logs.

GREAT SPEED:PrivateVPN is a good family choice. Unblocks HBO shows and allows up to 10 devices on the same account. Small network of servers but fast connections. 30-day money back guarantee.

How to watch HBO outside the US

Even if you’ve never used a VPN before, getting started is simple. Just follow our step-by-step guide below to start watching HBO abroad.

Here’s how to watch HBO online from anywhere with a VPN:

Methodology: How we chose the best VPNs for watching HBO online

Although HBO Max is slowly starting to expand internationally, many of the other services that let you watch HBO online are still only available in one or two countries. This makes finding a suitable VPN particularly tricky. Below, you’ll find the key things we focused on when finding the best VPNs for watching HBO abroad:

Looking to learn more about our VPN testing process? Check out our full methodology post.

How many subscribers does HBO Max have?

AT&T, which owns Warner Media and therefore HBO, has said that the service has amassed 73.8 million users as of January 2022. Further, it expects to get between 120 million and 150 million users worldwide by the end of 2025.

HBO Go and HBO Now are both deprecated, having been replaced by HBO Max.

Can I watch HBO with a free VPN?

Free VPNs abound, but HBO users should probably avoid them. HBO takes an aggressive stance towards VPNs and frequently blocks them. Even if you manage to find a free VPN server that works, it probably won't last.

Many free VPNs are out to collect your personal data and sell it to advertising companies. Some even inject tracking cookies and advertisements into your browser. This is a huge violation of privacy and defeats the purpose of using a VPN.

Is my ISP throttling HBO Max?

Internet service providers sometimes throttle, or intentionally slow down, the internet speeds of their customer. An ISP might do this to enforce data caps, reduce network congestion, or to dissuade customers from a certain online activity or destination.

If you find that HBO Max plays in low quality and/or frequently stops to buffer, but all other streaming services appear to work fine, then your ISP could be throttling HBO Max. If that’s the case, then you can use a VPN to hide your online activity from your ISP. If your ISP doesn’t know you’re watching HBO, then it can’t discriminate against HBO streams.

Note that a VPN will only work in situations where your ISP is throttling specific activities or content. If you’ve surpassed your data cap, for example, a VPN won’t help.

Is it illegal to use a VPN with HBO?

No. Using a VPN to access your streaming accounts from abroad is not against the law. You are a paying subscriber and have the right to watch your account. As a result, nobody has ever been prosecuted for watching HBO Max, Netflix, or any other streaming service on vacation.

That said, using a VPN to bypass HBO's regional locks is technically in breach of its Terms of Service. This means that HBO could theoretically cancel your subscription if you break the rules.

The good news is that, in reality, HBO does not penalize users for streaming with a VPN. This is because it does not want to lose paying subscribers. Instead, streaming providers like HBO spend time blocking the IP addresses associated with VPNs.

These blocks make it hard to find a VPN that works to watch HBO abroad. Thankfully, the VPNs in this guide have figured out how to stay one step ahead of HBO's VPN blocks. This means you can use any of our recommendations to legally stream your account while traveling.