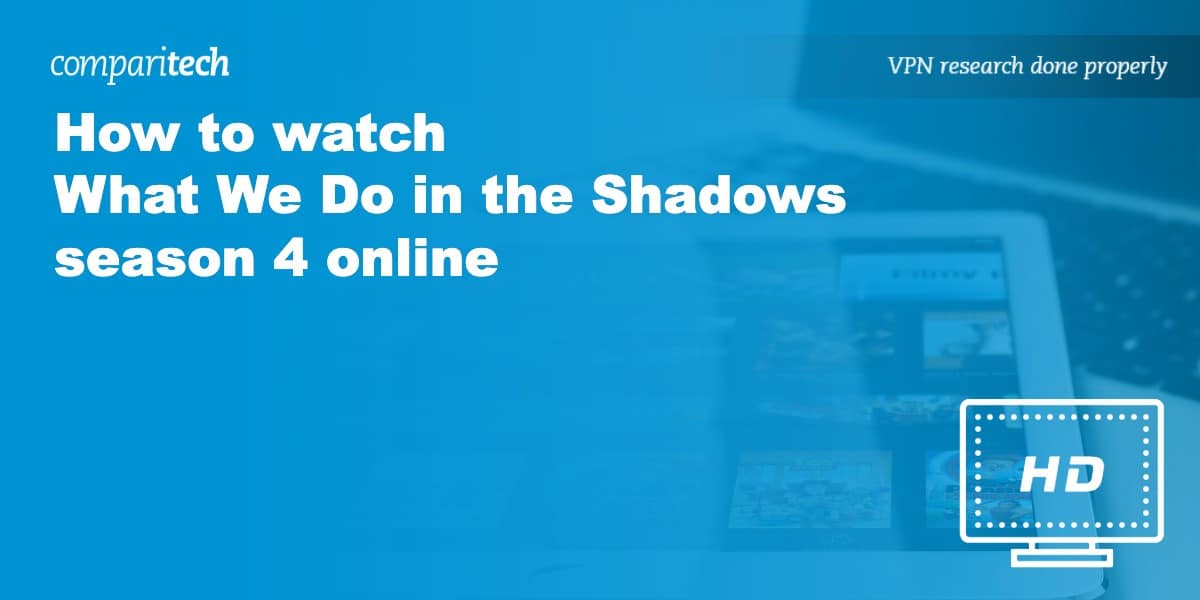 What We Do in the Shadows was something of a sleeper hit when it was first released. The second and third seasons helped it gain a cult following, leading to the annoucement of a fourth season, and subsequently, a fifth and sixth season is likely on the way. We can expect new episodes of What We Do in the Shadows to arrive on July 12. Below, we’ll explain how you can watch these live online, even if you’re traveling outside of the US.

It’s important to note that we don’t recommend using third-party streams. This show has a pretty strong international release schedule, and at least one of the networks airing it later this year allows you to watch it for free. Further, unauthorized streams tend to have very low-quality video and can be taken down without warning for violating copyright.

What We Do in the Shadows season 4 will only air on geo-restricted streaming platforms. This means that if you’re traveling and want to watch on your usual services, you’ll have to connect to a Virtual Private Network (VPN).

VPNs encrypt your traffic, keeping your activities from snoopers, but they also let you spoof your location and access region-locked services while traveling. Below we explain exactly how to get set up with a VPN so you can start streaming What We Do in the Shadows.

Here’s how to stream What We Do in the Shadows online from anywhere:

NordVPN is offering a fully-featured risk-free 30-day trial if you sign up at this page. You can use the VPN rated #1 for FX with no restrictions for a month—perfect if you want to stream What We Do in the Shadows season 3 during a trip abroad.

The show will air on FX every Tuesday at 10 PM ET/PT in the US, letting you can stream What We Do in the Shadows on-demand via FXNow. If you have a cable TV subscription that includes FX, you can simply sign in and watch at no added cost.

On the other hand, if you don’t have cable TV, you’ll have to log in with one of the supported over-the-top services. These include Sling TV, YouTube TV, and Hulu. Some of these services come with a free trial but even combined, these aren’t long enough to stream every episode of What We Do in the Shadows for free. As such, we recommend using Hulu — it’s not only the least expensive option (at $6.99 USD per month), but it also offers the entire first two seasons, plus new episodes are added to the on-demand library the day after they air.

Don’t have a VPN yet? The streaming platforms above are only available in the US, so you’ll need a VPN to access them from abroad. NordVPN offers a 30-day money-back guarantee, ensuring you can watch What We Do in the Shadows risk-free. If you’re not impressed, just cancel to receive a full refund.

Where else can I live stream What We Do in the Shadows?

The movie this show was based on has become a cult classic, with fans all over the world. Fortunately, the fourth season will see a widespread international release. Read on to find out which networks are showing What We Do in the Shadows where you live:

Good news for Canadian fans: you can stream all brand new episodes with FXNow from 10 PM EST on July 12th – that’s the same day and date as the US release. Additionally, if you miss an episode, you can catch them on-demand from the following day; these will remain available for several months, so there’s no need to rush.

The first three seasons are available to stream now on Apple TV, so if you’re not caught up, you have time to do so ahead of season 4!

The first three seasons of What We Do in the Shadows aired on BBC2 and are still available for streaming on BBC iPlayer in case you’re looking to catch up. This service is completely free to use, but you will have to create an account before you can watch anything.

The BBC has been tight-lipped about when British fans can expect to see the fourth season, and as yet, the show doesn’t appear on any TV listings. However, previously, the UK release has been a couple of months after the US one, which would mean British fans could be looking at an August or September premiere.

BBC iPlayer is geo-restricted and only available in the UK. If you’re abroad, you can still access it once connected to a British VPN server.

Streaming What We Do in the Shadows is pretty easy if you live in Australia.

Binge has announced that the show will be available from Wednesday 13th July. There’ll be two at first, followed by another one each week. Binge plans start at $10 AUD per month following a two-week free trial.

If you’re trying to catch up, the first three seasons are available on-demand with Binge, or you can find seasons 1 and 2 on Disney Plus.

Binge can usually only be accessed from within Australia. With a VPN, though, it’s possible to use it anywhere.

What We Do in the Shadows season 4: cast and episodes

At the time of writing, there’s been no confirmed finale date or episode count for the latest season of What We Do in the Shadows. Based on the previous three seasons, episodes ran for around 30 minutes, and there are typically 10 episodes per season.

The usual cast, including Kayvan Novak, Matt Berry, Natasia Demetriou, Harvey Guillén, and Mark Proksch, are all set to return and fill the shoes of their respective roles for the fourth season. Fans of season 3 will recall how it ended with Colin being trapped with an adult’s head. Executive producer Paul Simms has confirmed Colin will still be a baby with a grown man’s head in the latest season. You can check out the season 4 trailer, which gives us a few hints of what’s to come.