Sling TV is geographically blocked outside of the US and so you will lose access if you travel abroad. A VPN for Sling TV can grant you access to your home subscription from anywhere in the world.
Paul Bischoff TECH WRITER, PRIVACY ADVOCATE AND VPN EXPERT 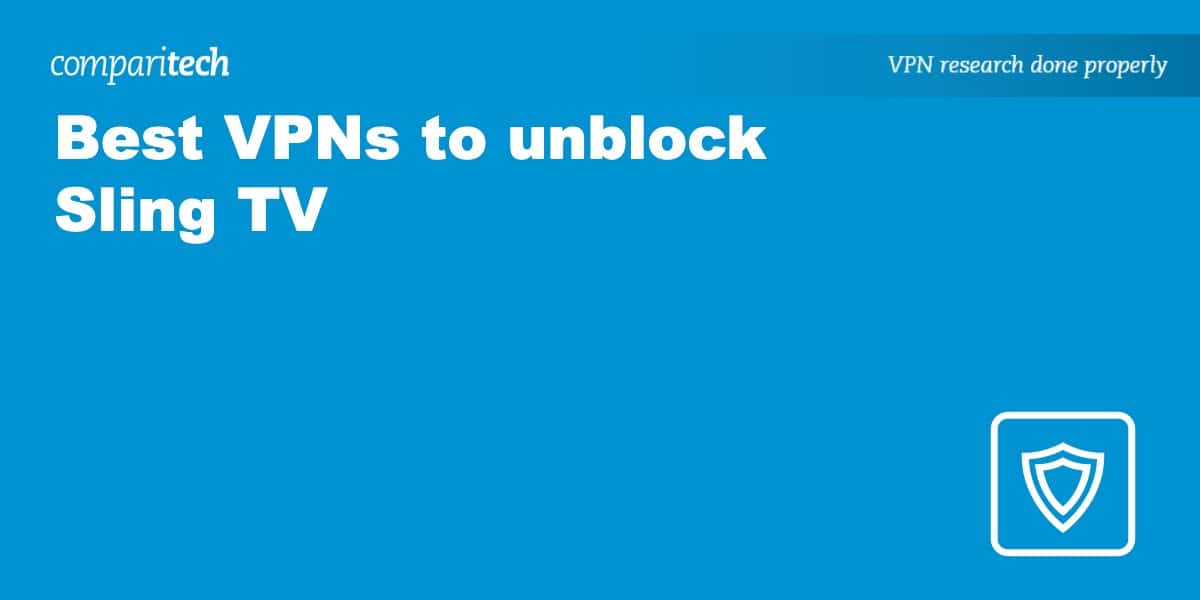 Unfortunately, Sling TV is region-locked, which means that you won’t be able to access your favorite content on the platform if you travel abroad for work or a holiday. In fact, Sling TV’s strict geo-blocking means that you can’t even load the website from outside of the US. The good news is that it’s quite simple to keep enjoying your full Sling TV subscription from home while traveling, you just need to use a VPN to gain a US IP Address.

A Virtual Private Network (VPN) runs your traffic through a server in a location of your choice. This changes your IP address and spoofs your location making it appear as though you’re still in The States. This will bypass Sling TV’s geo-restrictions. In addition, VPNs are a great tool for keeping your internet activity safe and private, especially when traveling.

How to watch Sling TV from anywhere with a VPN

Even if you buy a Sling TV subscription in the US with an American billing address, when you travel abroad, you’ll be blocked from watching any of the content. But it’s perfectly simple to use a VPN to bypass these blocks. just follow this step-by-step guide.

Here’s how to watch Sling TV from anywhere with a VPN:

NordVPN is offering a fully-featured risk-free 30-day trial if you sign up at this page. You can use the VPN rated #1 for Sling TV with no restrictions for a month—great if you want to binge your favorite show or are going on a short trip.

But with so many to choose from, which VPN is best for watching Sling TV from anywhere? Well, we looked into all the best VPNs for Sling TV, and based on that research, our top recommendation is NordVPN. Read on to find out why we recommend this VPN over all others.

NordVPN is an excellent option for users wanting to stream Sling TV as it has more than 5,500 servers in 59+ countries worldwide. 1,700 of these servers are located in the US, and as Sling TV is US-based, this makes NordVPN an ideal choice for streaming abroad. NordVPN’s NordLynx protocol is built around WireGuard, this plus unlimited bandwidth means you can enjoy ultra-fast HD streaming as often as you’d like.

NordVPN gives users a 6-device connection limit and has apps for desktops and smartphones, allowing you to stream on multiple devices simultaneously. Aside from Sling TV, NordVPN also works with Netflix, Prime Video, Hulu, and Disney Plus from anywhere.

For the privacy-conscious, NordVPN includes malware blocking, 256-bit encryption, and dark web monitoring, and it doesn’t track or log your online activities. As a result, you can stream, browse, and download games without fear of being watched. It includes 24/7 support via live chat, and all plans include a 30-day money-back guarantee.

BEST VPN FOR SLING TV ABROAD:NordVPN is our #1 choice. With a vast server network optimized for high-speed connections, it’s perfect for watching Sling TV. User-friendly apps for all operating systems. Hard to beat on privacy and security. Plus, there is a 30-day money-back guarantee, so you can try it risk-free.

How to watch Sling TV with a smart DNS proxy

A smart DNS proxy accomplishes the same result as a VPN by “spoofing” your location to make it look to Sling TV as though you’re in the US. The actual mechanism is a bit different, as DNS proxies don’t encrypt or route the bulk of your internet traffic. Instead, only DNS requests are re-routed to the US.

DNS, or Domain Name System, is sort of like a phone book for the internet that associates IP addresses with domain names (like www.comparitech.com) and locations. By default, most people use the DNS server provided by their internet service provider. By changing to a DNS server in the US, subscribers can effectively access Sling TV.

Setting up a smart DNS proxy is a bit more complicated than a VPN, but you don’t need to install any extra software to do it. To use a smart DNS provider like Overplay, it’s just a matter of changing your device’s internet settings. More devices support changing DNS servers than VPNs, including Chromecast, Roku, Amazon Fire TV, and Apple TV. If you prefer to use one of those devices with Sling TV, a smart DNS proxy is the simpler solution.

The basic Sling TV package, Sling Orange, costs $20 per month. It comes with the following channels (bold channels are in Sling Orange but not Sling Blue):

Sling Blue is the next step, costs $25 per month, and comes with over 40 channels (bold channels are in Sling Blue but not Sling Orange):

Finally, there’s the Sling Orange + Blue package, which has all the channels listed above for a total of more than 60. It costs $40 per month.

A 7-day free trial is on offer if you sign up with a credit card. Be sure to cancel before the seven days is up if you don’t want to get charged.

Genre-specific packages can also be added onto any subscription. They usually cost an extra $5 per month.

In some cases, particularly with live events like sports, some content will be blacklisted in local markets on Sling TV. That means even if you live in the US, you may not be able to see your hometown teams play in local market games because the rights have been bought by a regional broadcaster.

This is not a problem if you have a VPN or smart DNS proxy. Just connect to a different location in the United States to change your IP address, and the blackout should no longer be an issue.

Using a VPN on unsupported devices

Some Android-based streaming devices such as Roku, Chromecast, and Amazon Fire TV don’t have built-in support for VPNs. This means you can’t install a third-party VPN app to do it for you. In this case, you’ll have to set up the VPN on a wifi router.

There are two ways to do this. The first and easiest way is to use a laptop to create a virtual router. This is sort of like creating a wifi hotspot on your smartphone. Once you make a virtual router, you can connect your streaming device to your laptop, then turn on the VPN, so all the traffic travels through the VPN.

The second way is to set up the VPN directly on your physical home wifi router. This process varies depending on your router’s firmware.

Learn more about how to set up a virtual wifi router using our Windows and Mac tutorials.

Apple TV doesn’t support VPNs, but it does have AirPlay. AirPlay allows you to stream whatever is on your phone or Macbook onto your Apple TV, similar to screencasting in Chrome. Turn on the VPN on your iOS or Mac OSX device, open Sling TV, and use AirPlay Mirroring to get it on your Apple TV.

Samsung TVs use a bespoke OS that doesn’t allow you to install VPNs directly onto your TV, but modern TVs support screen mirroring. This lets you connect a Windows PC to your TV to display what’s on your computer. Open the mirroring input on your Samsung TV and enable casting. Find the option on your PC to connect to a wireless display, and your TV should appear. Select it, and you should now see your desktop on your Samsung TV.

Vue is available on PS3, PS4, Amazon Fire TV, Roku, and Chromecast. It’s not available on desktop web browsers, and content is limited on mobile.

Those traveling abroad had best avoid Playstation Vue even if you have a VPN. Sony requires that you always log in from your home wifi network in the US, so we can’t guarantee that it can be accessed from another country even with a VPN.

Can I use a free VPN to watch Sling TV?

You could use a free VPN to watch Sling TV, but we'd advise against doing so. Free VPNs often record user data for sale to third parties without their consent and typically include small bandwidth caps that are depleted within minutes of watching media on Sling TV.  Additionally, free VPNs don't always include servers in countries like the US that are needed to unblock Sling TV.

Can I watch Sling TV on my smartphone?

Sling TV makes it straightforward to stream on the go with a smartphone, with easy-to-use apps for iOS and Android. If you're watching outside of the US, you'll need to install a VPN like NordVPN on your mobile device.