Does Unlocator work with Netflix?

Wondering if Unlocator works with Netflix? Or have you hit a problem while trying to access Netflix with Unlcoator? We reveal exactly how to access Netflix using a VPN.
Ian Garland Streaming, Kodi and VPN Expert 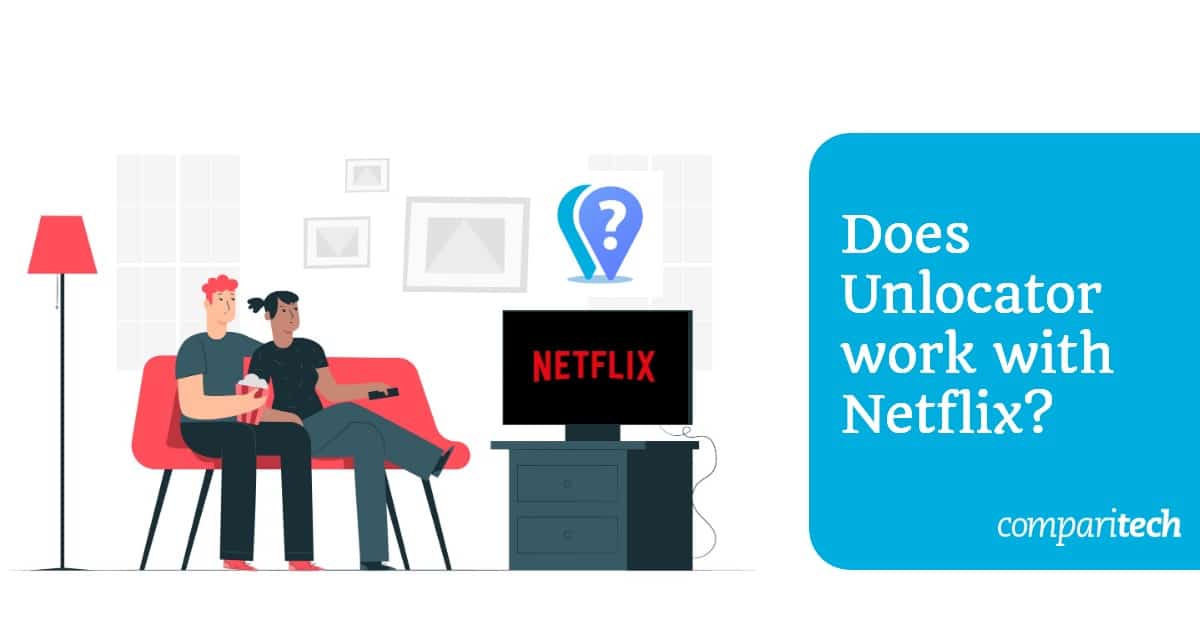 Netflix has users all over the world but the available content changes depending on which country you’re in. Additionally, some locations have drastically smaller libraries than their neighbors. This means that when you travel abroad, you may well struggle to find anything that interests you in the local Netflix catalog. Here’s the good news: it’s surprisingly easy to bypass Netflix’s geo-blocking and watch the same shows that you would back home.

Like most region-locked services, Netflix checks the user’s IP address to see which country they’re in. As such, if you can change your IP address, you can, for all intents and purposes, change your location. The easiest way to do this is with a VPN, but only a handful of services can reliably unblock Netflix abroad. Read on to find out if Unlocator is one of them.

We tried accessing several Netflix catalogs using Unlocator but were only able to unblock Netflix US. In fact, the British servers redirected us to the American version of the site. Although this does limit the amount of content available to you, the US catalog tends to be the most popular and has a large selection of shows and movies.

If you’d like to access a different Netflix library, you might want to consider using ExpressVPN instead. This high-speed, security-conscious VPN offers servers in 94 countries and currently works with more than a dozen Netflix catalogs including Netflix UK, US, and Canada. It comes with a no-fuss 30-day money-back guarantee so you can try it risk-free.

How to use Unlocator with Netflix

Here’s how to change your Netflix country using Unlocator:

Is Unlocator a good choice for streaming?

Unlocator is pretty popular because of its free trial and Smart DNS service that allows you to access certain streaming services on devices that don’t support standard VPN apps. It’s not perfect, though, and in fact, comes with several significant downsides.

First and foremost, this VPN offers users very little control over their connection. Unusually for a paid service, Unlocator only offers access to servers in 21 countries; for comparison, the industry standard is around 60. It also only supports one protocol (OpenVPN), and other than a kill switch, there aren’t many built-in security features.

While Unlocator’s website repeatedly claims to offer a no-logs policy, the truth is actually a little more complicated. The privacy policy claims that Unlocator doesn’t store “logs on the individual accounts.” The next sentence, however, goes on to say that it keeps personally identifiable logs for 24 hours. We reached out to customer support for clarification and were told that both connection timestamps and the user’s source IP address are logged to prevent abuse of the service. Unlocator claims that these logs are vital, despite the fact that many other VPNs do not keep any logs at all.

If you’re looking for maximum privacy, you’d be better off using a service with a tried and tested no-logs policy, instead of one that tries to mislead you about how anonymous you are.

⭐What’s wrong with using a free VPN for streaming?

Free VPNs like to promise the world, but they rarely live up to their claims. For instance, they’re often far slower than advertised, partly because they have so many users and partly because their networks tend to be very small. This can cause long buffering times and may even force you to watch at very low resolutions. What’s more, free VPNs are usually quickly blocked by major streaming platforms so even if you find one that works now, it may not in the future.

It’s also important to be aware of the security risks that these services pose. Unfortunately, many free VPNs fail to include basic security features like encryption, meaning they’re essentially useless as privacy tools. That’s assuming you don’t install one of the many Trojans that are pretending to be VPNs in order to compromise your devices. To be as safe as possible, we recommend sticking to a reputable no-logs VPN and avoiding free services.

⭐Why doesn’t Netflix work when my VPN is connected?

There are a few telltale signs that Netflix has detected you’re using a VPN. The most obvious of these is the infamous “You seem to be using an unblocker or proxy error,” but there are less obvious hints too. For instance, you may notice that certain titles that should be available aren’t showing up, or that some categories on the main page won’t load entirely.

So what can we do to fix this? First, try clearing your browser’s cache and cookies to force Netflix to update its location data. If your problems persist, you might want to try a different VPN server. Often, providers will have a few specific servers capable of unblocking Netflix, so it never hurts to ask your VPN’s support team if you’re struggling.

⭐Can I get into trouble for watching US Netflix with a VPN?

Despite what many people think, in most of the world, it’s not actually illegal to access another country’s Netflix library with a VPN. To be fair, this does go against the service’s terms of use but the worst that could feasibly happen is having your account banned. There’s really no need to worry, though: if Netflix detects that you’re using a VPN, it simply won’t let you watch anything until you’ve disconnected.