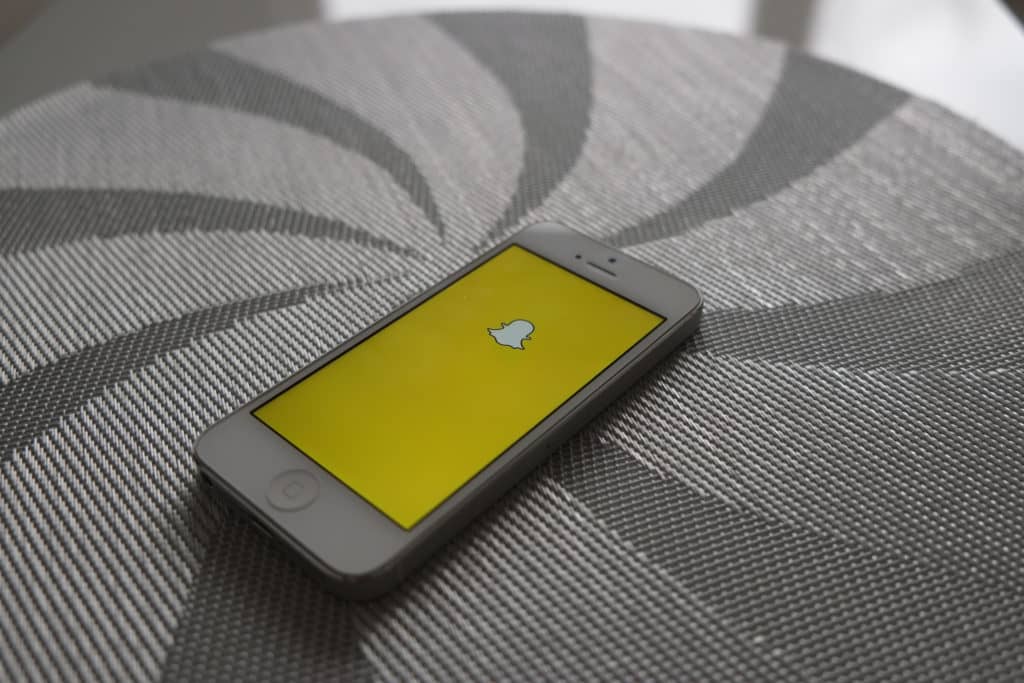 Ephemeral messaging is all the rage these days but the concept was first brought to the fore by Snapchat in 2011. Originally known as Pictaboo, the app rebranded to Snapchat after a disagreement among the three founders. That led to Reggie Brown being booted from the team and Evan Spiegel – the current CEO – taking control.

The app’s surging popularity has also been a bit of a downside. Many schools, colleges, and workplaces block Snapchat to make sure students and employees concentrate on work. Entire countries like China, Iran, and parts of the Middle East restrict access. The only way to get around this filter is by installing a VPN.

If you’re short on time and can’t get to all the details in this article, here’s a summary of our recommended VPNs:

Short for Virtual Private Network, a VPN masks your true location by encrypting all the traffic flowing to and from your device and tunneling it via an intermediary server. Network administrators will not be able to determine your browsing activity. Hence even if you’re logged on to your college wifi, using a VPN will help you unblock Snapchat.

Which are the best VPNs for Snapchat?

To help you out we’ve compiled a list of the best VPNs that work with Snapchat flawlessly. They’re ranked on the following factors:

ExpressVPN combines military-grade encryption protocols with a minimalistic, rustic design that works smoothly at all times. It’s one of the fastest VPNs we’ve tested with a guarantee of speed and stability regardless of your browsing requirements.

With over 1,500 servers spread across 94 countries – including a ‘smart location’ option that’ll indicate what the service intuitively feels will be best suited for you – finding an adequate connection should not be a problem.

Encryption standards are equally resilient – ExpressVPN uses OpenVPN connections encrypted with 256-bit AES as default. 4,096-bit DHE-RSA keys are identified by a SHA-512 hashing algorithm. If that’s confusing, rest assured that these protocols place it in the premium category of VPNs. It’ll be tough for your network administrator to get around the sturdy encryption.

There’s minimal retention of individual data with the service opting to store just large databases on things like which servers are most popular (no individual IP addresses, don’t worry) in order to improve the product. A ‘network lock’, known popularly as an internet kill switch, will keep your device secure even if the connection drops.

A single subscription will grant access to three devices simultaneously- so if you’re feeling the pinch it’s a handy option to split the overall bill with friends. Apps for both Android and iOS are available.

BEST VPN FOR SNAPCHAT:ExpressVPN is our #1 Choice. A super fast and reliable choice that unblocks all major chat and streaming services. Best-in-class security and privacy with 256-bit AES encryption, keep no browser logs, kill switch and leak protection. Try it risk-free with the 30-day money back guarantee.

NordVPN has been in the VPN business for over a decade and its seamless product is the main reason for the longevity. There’s speed, stability, ease of use, and strong encryption combined in one irresistible package.

Nord understands the need for privacy and security and therefore declines to store any customer data. There’s no traffic or sessions logs of any kind.

All internet traffic is encrypted via 256-bit AES and 2,048-bit DH keys. A single subscription grants access to six devices.

Servers are optimized for speed and there are 976 of them in 56 countries across the globe.

There are apps for both Android and iOS. Our review of the service indicated that the apps could be a bit clunky at times but they won’t let you down. An internet kill switch is also present.

BEST BUDGET VPN:NordVPN is great value. A real contender in all categories. Has strong security features and allows up to 6 devices to be used simultaneously from one account. Includes 30-day money back guarantee.

CyberGhost is registered in Romania and says it doesn’t store any data. But it was recently acquired by an Israeli firm headquartered in the UK so we’ll have to wait and see if the policy changes at all.

However, it’s encryption standards are solid. There’s 256-bit AES encryption on the OpenVPN protocol which is considered robust. And with approximately 5,700 servers in 90 countries, there’s enough choice when it comes to hiding your location.

Access to seven devices on a single plan. The provider supports both Android and iOS.

IPVanish is another fast, cheap, and easy-to-use VPN provider that incorporates sturdy encryption with a commitment to ensuring an impeccable user experience.

Your activity on IPVanish can never be traced back to you – the service keeps zero logs on customers so even its own employees won’t know who’s browsing the web and what they’re doing. There’s an internet kill switch included with your subscription – with the result that there’s no loose flow of data if the connection drops. You’ll remain secure.

Encryption standards are equally tight. The VPN provider uses 256-bit encryption on the OpenVPN protocol by default, SHA512 authentication, and a DHE-RSA 2,048-bit key exchange with perfect forward secrecy. That means even if your account is compromised for some strange reason, it’s impossible for hackers to decrypt past session data and uncover browsing history.

There’s an option to choose between 850 servers spread across 60 countries.

IPVanish allows ten devices to connect at one time, making it an even cheaper option than Express if you decide to share with friends. There are apps for both Android and iOS.

UP TO 10 DEVICES:IPVanish is a great family choice as it allows 10 multiple connections. Good for Snapchat but look elsewhere if you want to unblock some popular video streaming services. 7-day money-back guarantee.

Private Internet Access (PIA) may deceive you with its ungainly looks but it does its job very, very well. It scores high on efficiency and ease of use.

It’s also another VPN service that chooses not to retain customer information of any nature. Encryption standards are similarly impressive – there’s an option of using the OpenVPN protocol with 256-bit AES encryption, SHA256 authentication, and 4,096-bit RSA keys.

PIA offers a massive 3200+ servers spread across 25 countries. You can connect up to five devices simultaneously with one account.

There are apps for both Android and iOS.

Free VPNs that can unblock Snapchat

The majority of Snapchat’s users are teenagers which means they’re not exactly flush with cash to splurge on a paid VPN. It’s tempting to opt for a free service in this case.

But our recommendation is to skip that Miley Cyrus concert the one time and use your savings to invest in a VPN. That’s because free versions are inferior. They’ll throttle your bandwidth, offer very limited server choices (usually only one or two), enforce data caps, and could also make you wait in line if there’s network congestion.

Additionally, such services aren’t free in the proper use of the term. They’re monetizing somehow – after all, they’re companies that have overheads such as staff costs and server maintenance – with the most obvious product being yourself.

As a user, your browsing habits are a potential goldmine for pesky advertisers. Supposedly free VPN providers have been caught inserting tracking cookies in their users’ devices and mining that data to sell to the highest bidder. That’s completely unethical.

Even if this doesn’t happen to you, you’re definitely going to get a ton of invasive advertisements that’ll induce a migraine. Best to avoid.

Should I use Snapchat on a VPN?

Consider your use case. Even if your school or college doesn’t allow the app on its network, it’s important to understand that many parents and caregivers view it as an essential communication tool to stay in touch. The app’s core user base doesn’t comprise of independent adults – they’re younger and most will have a guardian watching over their activity.

When an institution blocks an essential app like this, parents need a workaround. The easiest recourse is to use a VPN – you’re not breaking any laws or engaging in any illegal activity if you’d just like to check up on the safety and well-being of your child.

Just be careful and prudent. A VPN will mask your location and encrypt internet traffic – which means your network administrator will not be able to figure out that you’re using the app – but a teacher might physically observe the phone in your hands and get a wind of things. Don’t use it while in class and definitely try to refrain if the penalties are strict.

What do I do if Snapchat is blocked in my country?

Countries like Iran, China, and parts of the Middle East restrict access to Snapchat because of their own reasons. If you’re affected by this then a VPN can help. Just follow the instructions we’ve outlined in this article i.e. the same steps to circumvent blockage in your school or college and Snapchat should work normally for you.

How do I use Snapchat on a VPN?

1. Settle on a service

We’ve offered you what we feel are the five best options for unblocking Snapchat but the end decision is yours. Take a look at the pricing plans as well as servers in the country you’re most likely to connect from. If you want to explore further, then we recommend you read through the full reviews (they’re at the bottom of each recommendation).

After you’ve signed up and paid you’ll get a confirmation email from the VPN service of choice. Included in the email will, most likely, be links to relevant apps (either iOS or Android). Click on the one that’s relevant to your device, download the software, and enter your login details.

Once that’s done, clear the cookies in your browser to remove any old location identifiers and restart your phone.

Once your phone has rebooted click on your VPN provider’s app. Browse through the server locations and try to select a country/location that’s not too far from you geographically. You shouldn’t face any problems establishing a solid connection.

Wait a few seconds for your VPN to latch on to the server of choice. When it does so successfully it’ll send you a notification that you’re good to go. This means Snapchat (and all the other apps on your phone) are now no longer subject to the browsing restrictions put in place by your current network. You can enjoy a premium internet experience.