Does Windscribe work with Netflix?

Not sure if Windscribe will work with Netflix? If you're traveling abroad and want to access your home country's Netflix you can with the help of the right VPN. We reveal if Windscribe works with Netflix and how to watch Netflix using a VPN.
Ian Garland Streaming, Kodi and VPN Expert 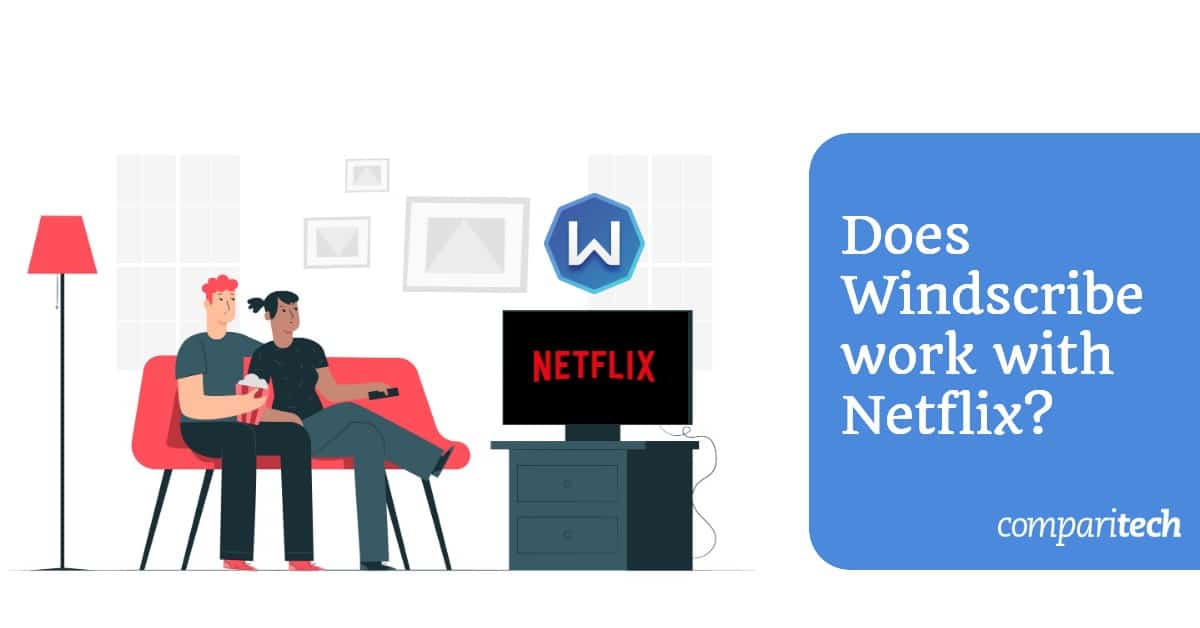 Netflix is geo-restricted, which means that it has different movies and TV shows from one country to another. Unfortunately, though, not all Netflix libraries are created equal. For example, Canada’s catalog is almost twice as large as Portugal’s, despite Portuguese users paying more per month. As such, when you travel, you may well find your local Netflix selection underwhelming. On the plus side, it’s really quite easy to unblock Netflix abroad: just use a VPN.

Most geo-restricted services rely on the user’s IP address to determine their location. However, when you connect to a VPN, your real IP address is hidden. Instead, the websites you visit see the IP address of your chosen server. This tricks Netflix into thinking you’re really in a different country, and it updates its available content accordingly. Take a look below to see if Windscribe is one of the few VPNs that can reliably unblock Netflix from abroad.

In short: Windscribe can’t unblock as many Netflix libraries as some rivals. The most effective and reliable option is ExpressVPN.

Windscribe makes it abundantly clear which Netflix catalogs it can unblock since it has dedicated servers for doing so. These servers (labeled “Windflix”) allow users to access Netflix US, UK, Canada, and Japan from anywhere. Those libraries tend to be the most popular as they have some of the largest selections of TV shows and movies. As such, this is a good enough result for most users.

That said, it’s not great considering how many libraries some of its rivals can unblock. Users looking for a wider range of content would be better suited to ExpressVPN. Our tests found that this service currently works with more than a dozen libraries including Netflix US, UK, Australia, and India. ExpressVPN comes with a 30-day money-back guarantee, so you can try it risk-free.

How to use Windscribe with Netflix

Here’s how to unblock Netflix with Windscribe:

If you’re still having issues, we recommend contacting your VPN’s support team for more in-depth assistance.

Why should you use Windscribe?

Windscribe offers access to servers in over 60 countries and provides consistently high speeds, meaning you won’t have to worry about your Netflix viewing being interrupted by lag or buffering. It gets even better: Windscribe unblocks plenty of other streaming platforms too, and in contrast to most of its rivals, it lets users connect as many devices as they like.

This VPN comes with 256-bit encryption, DNS, IPv6, and WebRTC leak protection, LAN traffic blocking, and a firewall that effectively replaces the kill switch used by other services. We really liked that Windscribe offers a clear and concise breakdown of exactly what information it logs; in short, it stores your last connection date and how much data you used last month, but that’s all.

STREAM SAFELY ANYWHERE:Windscribe is fast, with unlimited connections, no bandwidth caps, and impressive unblocking ability. This means that users can stream their favorite shows safely, wherever they are in the world. There’s also a risk-free 30-day money-back guarantee.

Check out our in-depth Windscribe review for more information.

⭐Are free VPNs good for streaming?

Although free VPNs can be a tempting prospect, we strongly advise against using them. First of all, their speeds often leave much to be desired. This is usually because free services have more users than their networks can support, but it can also be due to overly restrictive throttling designed to make you pay for a premium subscription. Even if you find a relatively fast free VPN, there’s a good chance it’s already been blacklisted by your favorite streaming service.

Unfortunately, these services can pose a real security risk as well. Even finding a safe free VPN is made difficult by the sheer number of malware-carrying apps. What’s more, you can’t just assume that you’re anonymous once connected since a worryingly high percentage of free VPNs fail to encrypt user traffic or protect you in any meaningful way. For maximum privacy, we recommend avoiding free VPNs and using well-respected zero-log VPN providers instead.

Currently, Netflix UK has the largest library, with 6,122 titles (4,229 movies and 1,893 TV shows). Canada is a close second with nearly 6,000 titles, followed by the Czech Republic and Hungary (5,824 titles and 5,725 titles, respectively). Conversely, Iran has the dubious honor of having the smallest Netflix library in the world, with around 2,300 titles in total.

⭐Is it legal to watch Netflix abroad with a VPN?

That really depends on where you are. However, in most countries, there’s no law against using a VPN to access geo-restricted content, so you should be in the clear. It’s worth noting that doing so is against Netflix’s terms of service, although we haven’t found reports of any repercussions beyond being asked to turn off the VPN.