How to bypass VPN blocks for Netflix, Amazon Prime, Hulu and others

Having trouble accessing geo-restricted services with a VPN? We’ll explain how services like Netflix and BBC iPlayer detect VPNs, and show you how to bypass VPN blocks for several major streaming sites.
Ian Garland Streaming, Kodi and VPN Expert The most popular streaming services are almost always region-locked, meaning they’re only available in specific regions. Some, like Netflix, take this one step further, offering different content from one country to another. The good news is that you can spoof your location by connecting to a VPN service, which allows you to access region-locked services from anywhere. In an attempt to prevent this, major streaming platforms have implemented VPN-detection features, but these aren’t infallible. Below, we’ll let you know how to bypass VPN blocks on services like Netflix, Amazon Prime Video, and BBC iPlayer.

So how does a streaming service know which country you’re in? Most geo-restricted platforms check your IP address, allowing you access if you’re in a supported location and preventing you from using the service if you’re not. When you connect to a VPN server, you’re given a new, region-specific IP address that corresponds to that server’s location. Now, to region-locked platforms, it will appear that you’re actually located in the same region as your chosen VPN server, so you can use the service.

Ironically, all you have to do in order to bypass VPN blocks is to use a better VPN. Below, we’ll walk you through the process step-by-step.

Here’s how to get around VPN blocks on Netflix and all your favorite streaming services:

NordVPN is offering a fully-featured risk-free 30-day trial if you sign up at this page. You can use the VPN rated #1 for unblocking stubborn services with no restrictions for a month—great if you want to bypass VPN blocks.

The best VPNs for bypassing blocks

Here’s a list of the best VPNs for bypassing blocks:

How do services detect and block VPNs?

There are several ways to tell if a user is connected to a VPN or proxy, and new methods are being designed all the time. Below, we’ve covered a few of the most common:

Accessing region-locked services like Netflix is much more difficult if you’re using a cell phone or tablet. This is because mobile devices store a wealth of information that desktop computers don’t, including your current GPS location. If your GPS and IP address both say that you’re in the US, for instance, it’s likely that you are. On the other hand, if you have an American IP address but your GPS data says you’re in France, you’re almost certainly using a Virtual Private Network (VPN).

Most streaming platforms keep a list of IP addresses belonging to known VPN services. This kind of blocking tends to be more effective against free VPNs or those with small networks since it’s a dead giveaway when the same IP address is used to log into hundreds of Netflix accounts in a single 24-hour period.

However, IP address blacklisting does very little to stop major VPN providers. With thousands of servers, users can usually find a working server without any trouble. Further, the fact that a well-known VPN can unblock a notoriously stubborn service could even attract more customers. 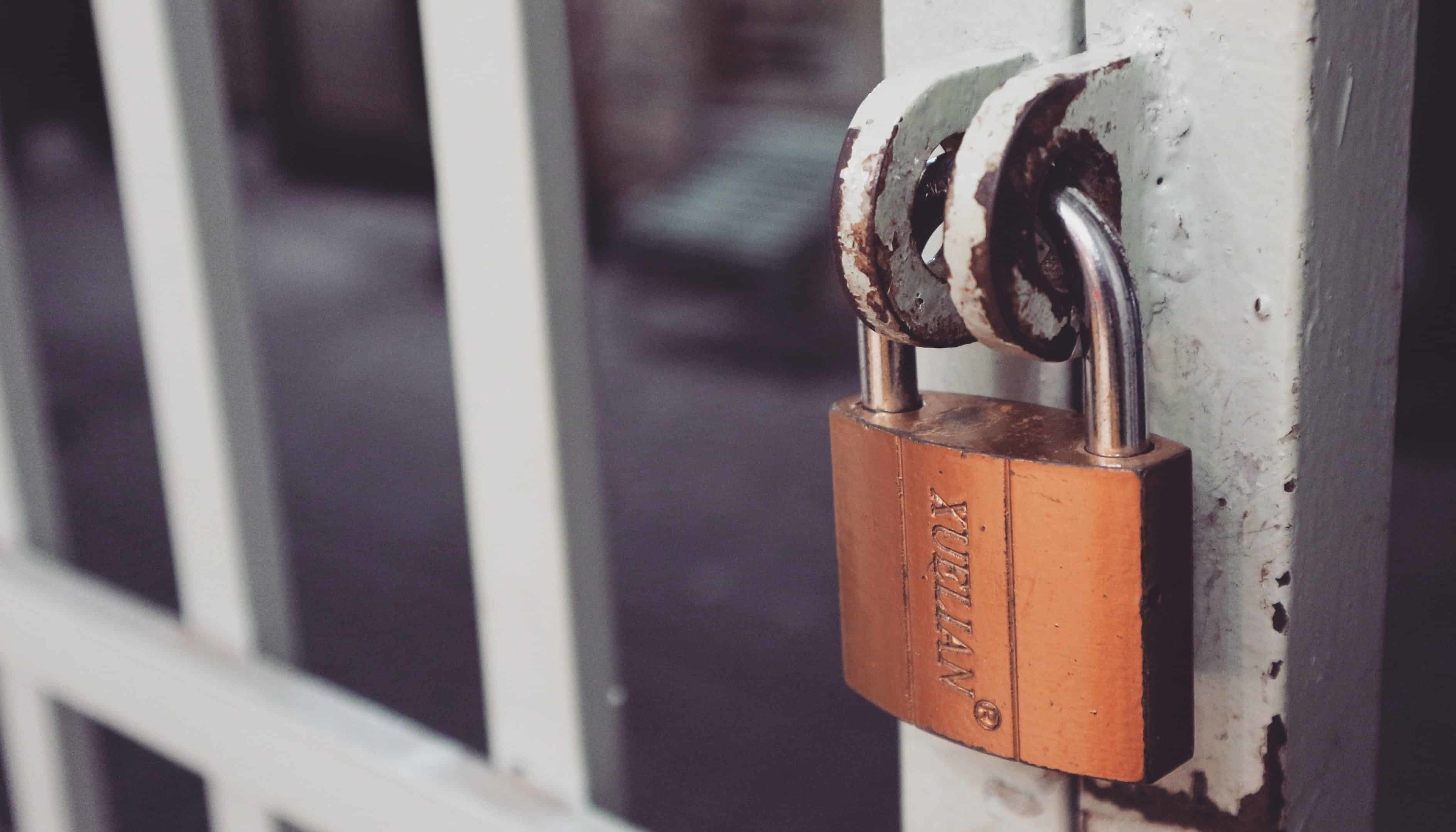 When you browse the internet, you’re sending data to the server of whatever website you’re on. This server has various ports configured to accept different kinds of traffic, for instance, most accept HTTP traffic on port 80, or HTTPS traffic via port 443. However, some VPN protocols have their own specific ports. This means, for example, that if a website wants to completely block PPTP connections, all it has to do is block the port that the PPTP protocol uses: port 1723.

Of course, there are ways around port-blocking. Some VPNs offer features that scramble your data and disguise it as regular HTTP traffic, neatly side-stepping this entire problem. Additionally, services would have to block numerous ports to cater to all available VPN protocols, and this could prevent legitimate users from being able to access the service.

This method isn’t really used by streaming services. Instead, it’s mostly used by Internet Service Providers (ISP) in countries where the internet is heavily restricted or VPNs are banned. Effectively, this technology examines the user’s internet traffic and filters it based on predetermined rules. For example, if you’re attempting to send VPN traffic via the standard HTTP port, this can be detected and stopped.

The easiest way to beat deep packet inspection is to use a VPN that uses advanced cloaking technology. VPNs encrypt your data, meaning nobody (not even the government) can see what you get up to online, and cloaking features reshape your traffic, hiding the data patterns that indicate you’re using a VPN and allowing you to bypass deep packet inspection. Of course, if a country uses deep packet inspection, it’s likely it also blocks access to VPN sites. As such, it’s important to install a VPN before you arrive.

How do I know a platform has detected VPN use? Sometimes, services will tell you outright if they think you’re using a VPN. Netflix, for instance, has the infamous “You seem to be using an unblocker or proxy” error and Amazon Prime Video says “Your device is connected to the internet using a VPN or proxy service.” More often, though, you’ll see a generic error letting you know you’re not in the required country, something like “BBC iPlayer only works in the UK” or “Sling TV is only available in the US.”

On the other hand, you might find that there’s no error, and the service just doesn’t work when connected to a VPN. Videos might buffer endlessly despite you using a high-speed internet connection, or the website might simply stop loading partway through.

Can I watch Netflix, BBC iPlayer, and other sites with a free VPN?

Free VPNs are extremely unlikely to work with major streaming services like Netflix, Amazon Prime Video, and BBC iPlayer. To begin with, they often have very small networks, which means that if even a single server is blacklisted, it can have a major impact. Even if you find a service that works, streaming will probably still be difficult since free VPNs tend to have more users than their networks can support, leading to extremely slow speeds.

It’s also worth noting that free VPNs don’t have the best record on digital security or privacy. In fact, one study tested over 280 free VPN apps and found that nearly 40% contained malware. Even those that didn’t weren’t necessarily safe, as over 80% were vulnerable to IPv6 leaks and almost one in five used no encryption at all. These risks aren’t limited to little-known companies either; in 2015 Hola was caught selling its users’ idle bandwidth to facilitate a botnet.

If your VPN used to unblock a particular streaming service and doesn’t work anymore, it’s likely that the platform has upgraded its VPN detection measures. The good news is that major VPN providers pride themselves on being able to unblock the most stubborn platforms, and almost always find a workaround shortly after being blocked. In fact, sometimes, all you have to do is connect to a different server. If you’re really struggling, your VPN’s customer support team should be able to provide further assistance.

In the US, it’s perfectly legal to stream copyrighted content. There are plenty of legal streaming services for this (e.g. Netflix, Amazon Prime Video, and Disney+). In fact, it’s even legal to watch unlicensed streams of movies, TV shows, and sporting events. However, those hosting illegal streams may be prosecuted for copyright infringement. Furthermore, it’s illegal to download unlicensed content because this involves making a copy of the copyrighted work — only the copyright holder has the right to do this.

Is it possible to bypass VPN blocks on Android and iOS devices?

Yes, all major VPNs offer mobile apps for Android and iOS devices. The very best VPNs are constantly able to stay one step ahead of VPN blocks. This is often through constantly adding new IP addresses which haven’t yet been blacklisted by restricted websites and services. Some VPNs even offer cloaking technology. This disguises VPN traffic as regular web traffic for bypassing even the strictest VPN blocks (such as in China).

How do I open blocked sites without a VPN?

It may be that you wish to access a blocked site without a VPN, particularly if you’re in a hurry and don’t have time to install one. If this is the case, there are a few things you can try. Your best bet is using a shortened URL. This involves entering the URL of the website you’d like to unblock on a service such as Bitly or Tiny URL. You’ll then receive a short link in return. Enter this in your browser’s address bar and, hopefully, the content will be unblocked.

Can Netflix or Amazon ban you for using a VPN?

Netflix and Amazon Prime Video reserve the right to close your account if you’re found to be using a VPN. That’s because the usage of VPNs goes against their Terms of Service. However, it’s highly unlikely you’ll be banned for using a VPN — remember that VPNs are perfectly legal to use. While streaming services such as these have a responsibility to adhere to copyright regulations, this is usually via geo-blocking and VPN blocks.

How do I bypass a DNS server block?

There are a few methods that can be used to bypass a DNS server block. One way is to use a public DNS server, such as Google’s Public DNS service. Another way is to use a VPN service as we have recommended above. Finally, you can also use the Tor Browser, which will encrypt your traffic and route it through multiple servers before reaching its destination.

Can a firewall block a VPN?

Yes. A firewall can block a VPN by blocking the traffic that is being used to tunnel through the firewall. One way to get around this is to use an obfuscated server from your VPN provider. Obfuscated servers are servers that are configured to disguise the traffic that is being sent through them, making it look like regular traffic instead of VPN traffic. This makes it more difficult for a firewall to block.