How to watch the MLB World Series playoffs online from anywhere

Looking to watch the 2019 MLB World Series playoffs online? In this article, we’ll let you know how to stream the MLB playoffs from anywhere in the world, using a VPN.
Ian Garland Streaming, Kodi and VPN Expert 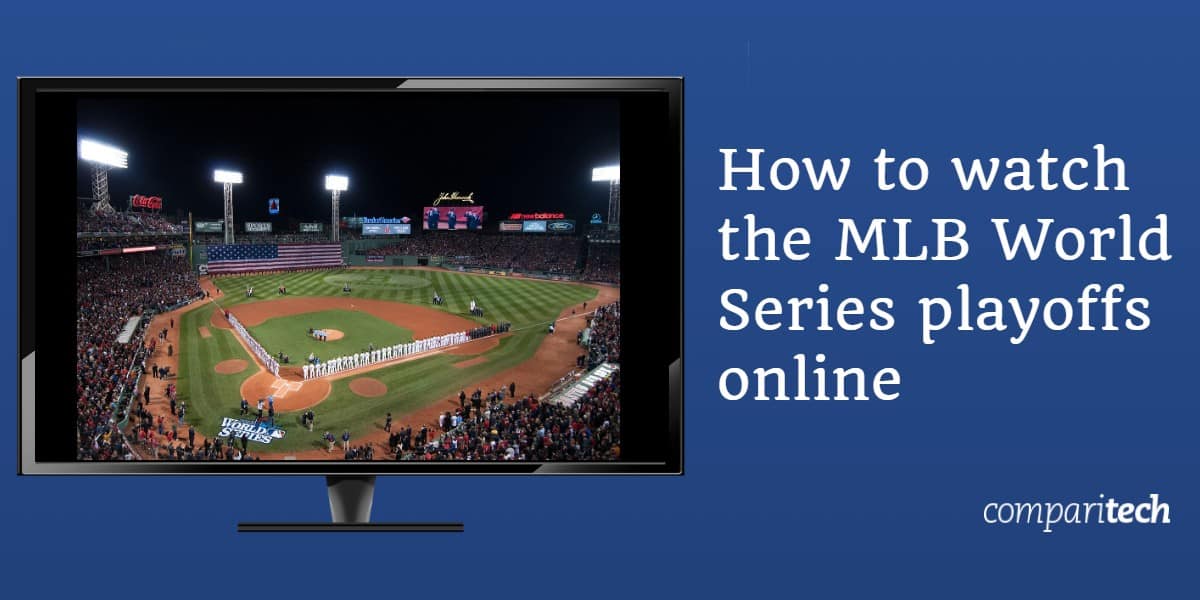 This year’s World Series has been nothing short of spectacular, with the Washington Nationals fighting tooth and nail to bring home their first-ever win. At the moment, they’re tied 3-3 with the Houston Astros, so we can expect both sides to leave everything on the field in tonight’s game.

It’s important to note that we’ll only be recommending official MLB sources. Major sporting events almost always have unofficial streams, but these are usually only available in lower resolutions and have a tendency to be taken offline partway through. You can live stream MLB playoffs in numerous different ways, so there’s no reason to use unlicensed sources.

How to watch the MLB playoffs online with a VPN

VPNs change your IP address, making it appear as though you’re in another country. This tricks region-locked streaming services into letting you watch from abroad. Still confused? Just follow the steps below to stream the MLB playoffs from anywhere in the world.

Here’s how to watch the MLB playoffs online from anywhere:

If you have time, we strongly recommend running through the steps above before the game you’d like to watch begins. This ensures you’ll have plenty of time to contact your VPN’s customer support team for help if anything doesn’t work as expected.

Which MLB World Series playoff is on today?

Tonight will see the final game of the 2019 World Series. The Nationals need just one more win to bring them their first World Series victory but the Astros have been playing phenomenally well and won’t go down without a fight.

How to stream the MLB World Series (Nationals vs. Astros) on US TV

FOX Sports is showing the MLB World Series final live online. If your cable TV package already includes FOX Sports, you can sign in and start streaming right away at no additional cost.

If you don’t have cable TV, or your provider isn’t supported, there is another way to watch. FOX Sports allows you to sign in with your AT&T TV Now, fuboTV, Hulu, PlayStation Vue, Sling TV, or YouTube TV subscription. At $15 per month, Sling TV is the least expensive option, but since each of these services includes a one-week free trial, it’s possible to stream most of the entire MLB World Series for free.

All of the above services are geo-locked, meaning you can only access them from within the US or when connected to a US VPN server. ExpressVPN offers a 30-day money-back guarantee, allowing you watch risk-free and claim a full refund if unsatisfied.

Where else can I stream the World Series final online?

Baseball isn’t just an American pastime — it has fans all over the world. As a result, the 2019 MLB World Series is being broadcast in many different countries. Below, we’ll explain how you can watch every playoff fixture live online wherever you are.

Viewers in Canada can watch the World Series final via Sportsnet, although you’ll have to log in using cable provider credentials. Don’t have cable? In that case, just sign up for a one-week Sportsnet Now pass; these cost $9.99 CAD and will allow you to live stream every 2019 World Series playoff.

You can also catch the last game of the World Series on MLB.tv which costs a one-time fee of $24.99 for all postseason games.

Sportsnet is only available in Canada. As such, you’ll need a VPN to watch the World Series playoffs from abroad.

In the UK, BT Sport is the only official 2019 MLB World Series broadcaster. Prices start at £29.99 per month but vary based on which cable and broadband provider you’re with. Once subscribed, you can watch game seven of the 2019 World Series online using the BT Sport app.

BT Sport is region-locked and only available in the UK. You can still access it from abroad using a British VPN server, though.

The MLB World Series will be broadcast across Latin American countries like Mexico, Argentina, Brazil, Uruguay, and Chile by FOX Sports Latin America and ESPN International. These platforms offer live streaming functionality in some countries but not others, so we recommend checking your regional ESPN or FOX Sports website to see if you’ll be able to stream these games online.

beIN Sports is the only official 2019 World Series broadcaster in the Middle East. If you live in a country such as Egypt, Israel, Morocco, Turkey, or the United Arab Emirates, you can stream every playoff game live from $18 USD per month.

This service geo-blocks its streams, so you’ll have to be in a Middle Eastern country or using a VPN in order to watch.

As the World Series playoffs are being shown in so many countries, we couldn’t list them all here. However, if your country hasn’t been mentioned above, you may be able to find a suitable local source on the MLB’s international broadcaster page.

Don’t forget, if you’re traveling and want to tune in to watch streams from back home, you can do so by connecting to a VPN server in the appropriate location. 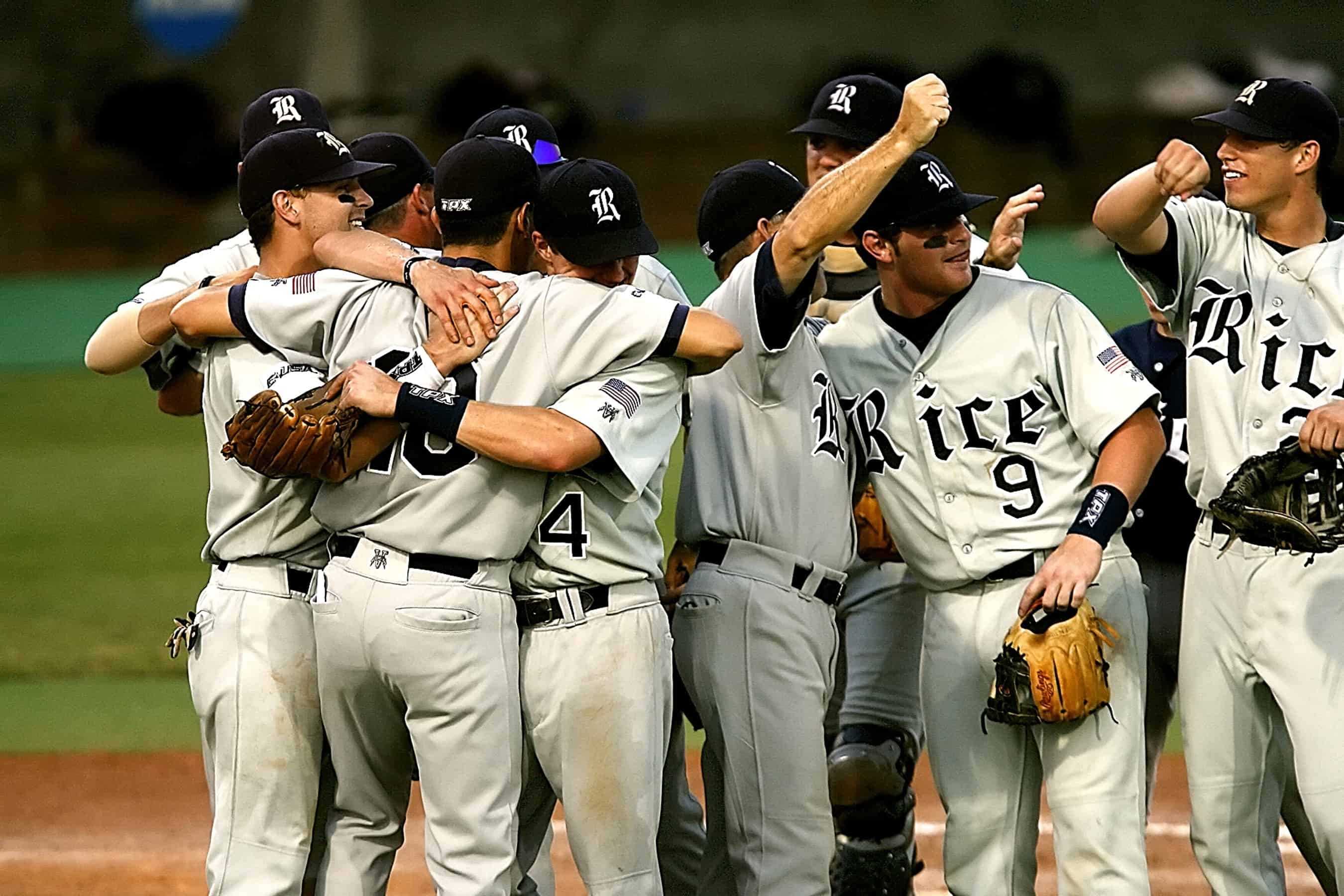 Can I stream the MLB playoffs with a free VPN?

Free VPNs can be appealing, but they actually come with some pretty significant disadvantages. For instance, as they have fewer servers and more users than most premium VPNs, they’re incapable of providing the same speeds. Streaming HD content, particularly if it’s live, is very data-intensive, and when using a free VPN, you’ll notice laggy playback, frequent lengthy buffering pauses, and perhaps even unexpected disconnection from the VPN. Further, most major streaming platforms blacklist free VPNs first, so there’s no guarantee you’ll be able to watch any MLB games at all.

There’s no easy way for most people to tell if they’re using a real VPN or just one of the many malware-carrying apps trying to capitalize on your desire to stay safe online. Even free VPN apps that don’t actively try to infect your system with malware might not be safe, with one study showing many lacked proper encryption and leak protection mechanisms. Sadly, even well-known services don’t guarantee your safety, as we saw when Hola sold its users’ bandwidth to help run a botnet.

The best way to protect yourself online is to use a reputable VPN service with a history of standing up for its customers’ privacy.

Do I need a VPN even if there’s a suitable stream in my country?

Although you can technically watch the MLB playoffs without a VPN if your country has a suitable stream, we still recommend using one. In addition to greatly increasing your online security, VPN encryption prevents anyone, including your Internet Service Provider (ISP), network administrators, or malicious third parties, from seeing what you’re doing online.

This is particularly important if you’d like to watch events live. Several major ISPs have previously been caught throttling their customers’ speeds in a bid to discourage frequent streaming. When connected to a VPN, however, they can’t definitely say that you’re watching video. This makes it more difficult for your ISP to justify throttling your network speeds.

How do the MLB World Series playoffs work?

These are knockout competitions, and at the end, the winners from each league progress to the World Series. This is a very straightforward event: these teams face off in a series of seven games, and the team that wins the most is crowned that year’s World Series Champion.