Looking to watch cable TV on the move with Kodi? In this article, we’ll be exploring the best Kodi cable TV addons and mentioning some to avoid.
Ian Garland Streaming, Kodi and VPN Expert 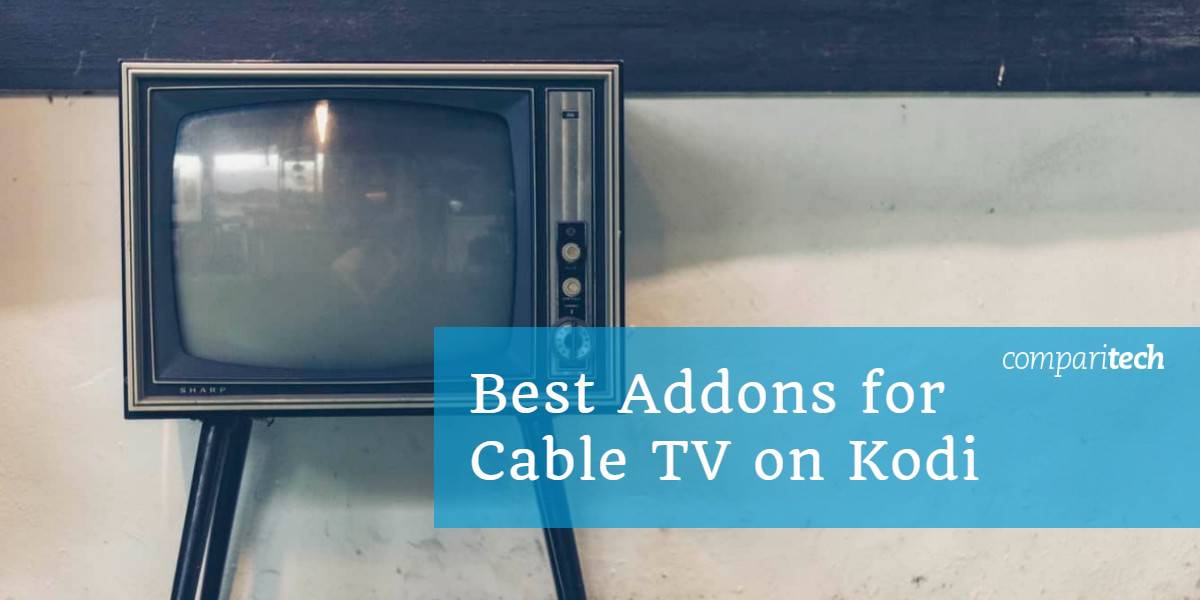 Most people know that you can stream TV shows and movies on Kodi, but few realize that they can watch a surprising number of cable TV channels live. Some of these require you to enter your cable provider details but there are plenty of official addons that don’t, so if you’ve never watched live TV on Kodi, you’re in for a treat.

Below, we’ll recommend some of the most popular cable addons for Kodi, explain how to configure them properly, and reveal how to spot piracy-focused IPTV addons so that you can be sure you’re actually using legitimate sources.

You might be wondering why you’d ever need Kodi to watch cable when most providers let you stream their channels via a website or app. The answer is simple: Kodi gives you a greater deal of control. For instance, you can zoom in, adjust picture settings, and possibly even stay logged in for a longer period of time.

Additionally, switching channels only takes a second in Kodi. In comparison, you’d have to visit another network’s website, click past the ads for that network’s premium service, and then sign in. This doesn’t sound too bad but if you’re someone who likes to swap between channels often, it can get annoying quickly.

Below, we’ve listed some of the best cable TV Kodi addons available. 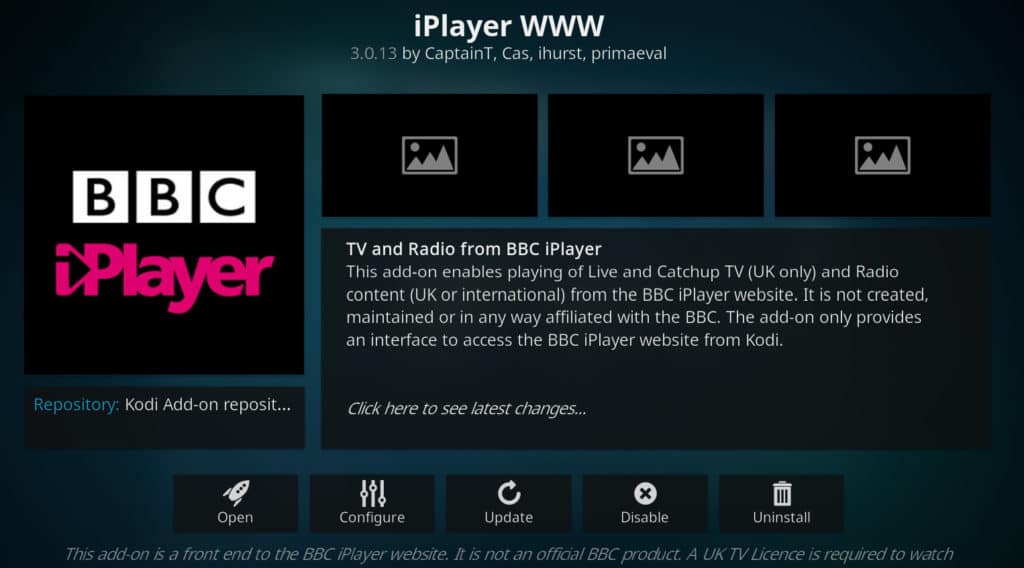 If you live in the UK, you’re almost certainly familiar with BBC iPlayer. It offers around a dozen live channels and has thousands of on-demand shows, with new ones added just a few hours after they finish airing. This service is completely free, though you will need a TV License, even if you only watch on-demand content.

Once installed, iPlayer WWW will appear as both a video and music addon. This is because it provides access to live radio as well as TV streams. The content is well organized, searchable, and can be viewed in HD.

The iPlayer WWW addon can be found in the official Kodi addon repository. Due to regional restrictions, you’ll need a VPN to access it while traveling abroad. 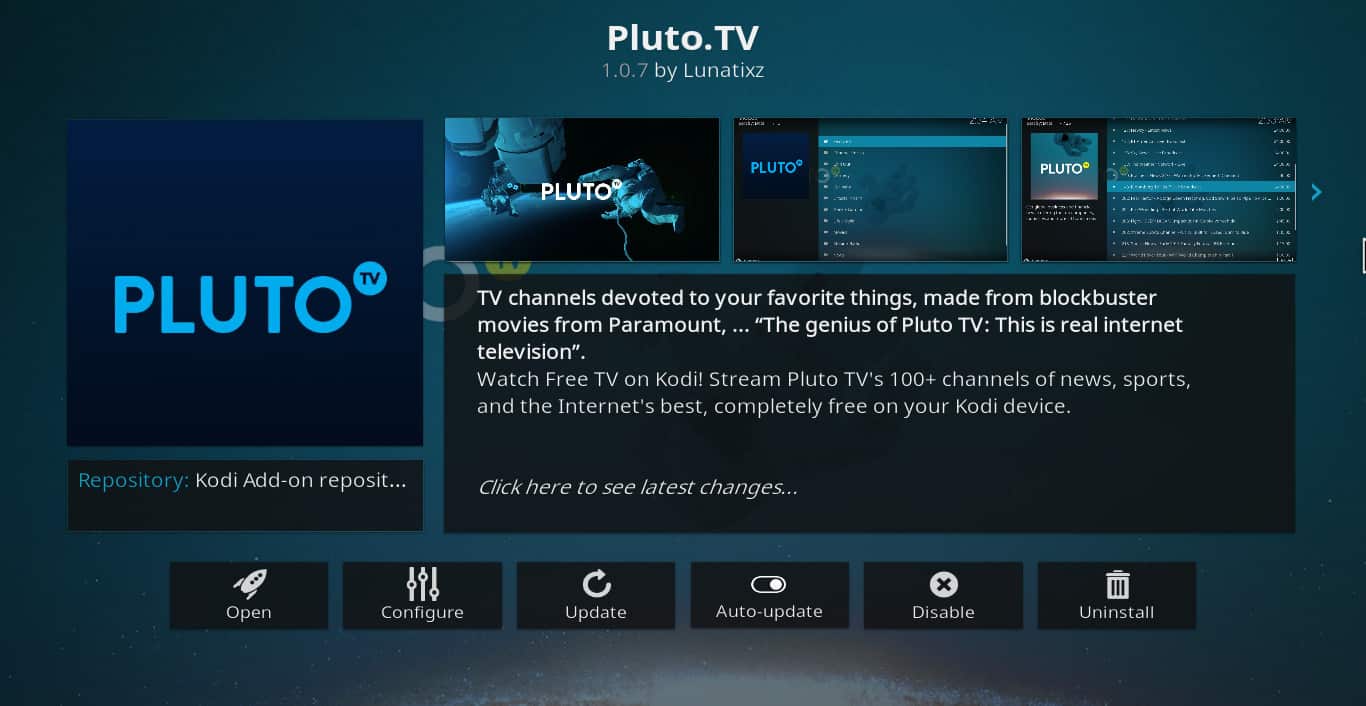 Pluto TV is a free streaming service that actually offers quite a few cable channels including Comedy Central, MTV, and VH1, plus a huge selection of live news broadcasts from CNN, NBC, Sky News, and more. Best of all, there’s no configuration or login required — just download it and get started. 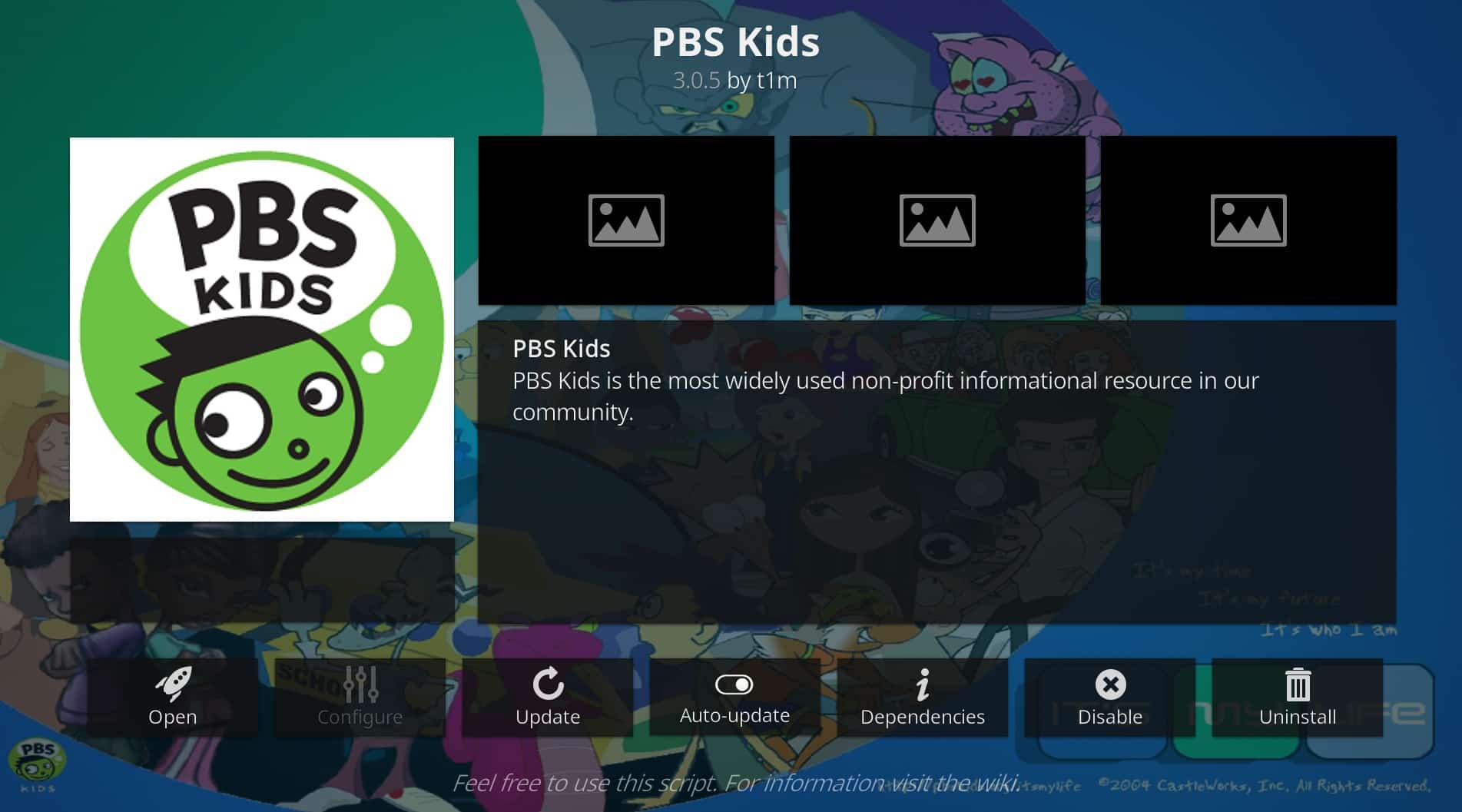 Looking for something to keep the kids occupied for a while? The PBS Kids Kodi addon is perfect for this! First of all, it’s free to use, with no registration or setup needed. Second, it tends to carry multiple episodes of the same show, so your child can binge their favorites. Some of the titles currently available are Odd Squad, Daniel Tiger’s Neighborhood, Arthur, Sesame Street, and Clifford the Big Red Dog.

PBS Kids is included in the official Kodi addon repository. 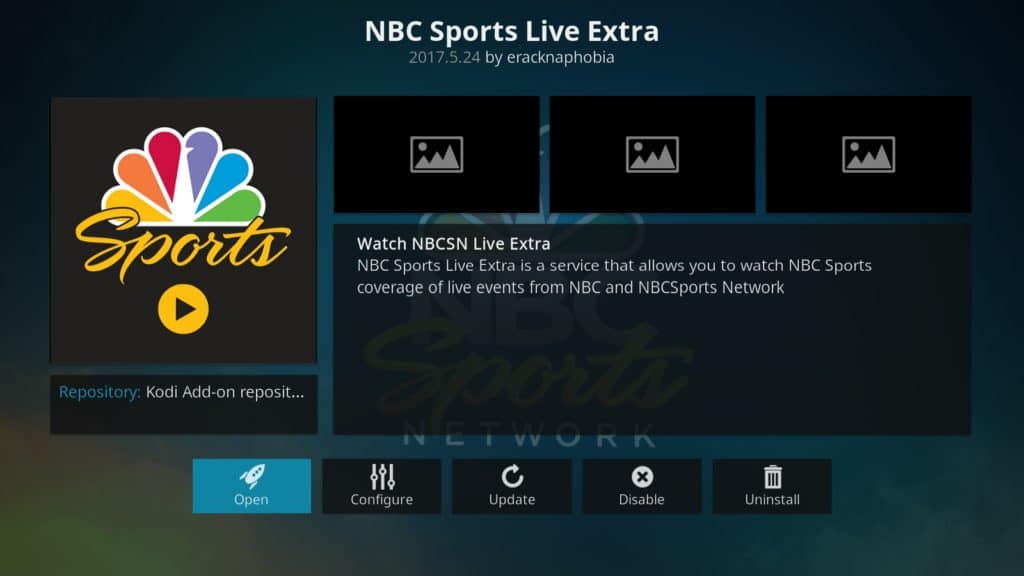 The NBC Sports Live Extra Kodi addon allows you to watch live sports from NBC’s sporting channels. There’s a small selection of free-to-watch content including replays, highlights, and featured clips but to watch live games, you’ll have to sign in using your cable provider details.

This addon has above average customizability. It allows you to view only free content, change the quality of the streams, and exclude certain sports from showing entirely.

Your online activities aren’t as private as you might think. For instance, did you know that your service provider can see which sites you visit and what you do there? That’s how they’re able to sell details of your browsing habits to advertisers and throttle your connection whenever you stream or torrent.

The easiest way to resolve these problems is to use a Virtual Private Network (VPN). We recommend using NordVPN. It works with just about every streaming service we’ve tested and boasts extremely high speeds. More importantly, this VPN keeps no logs, comes packed with security tools, and offers a 30-day money-back guarantee.

Some third-party Kodi addons offer access to hundreds of live streaming TV channels for free. At first glance, this might seem tempting but if something appears too good to be true, it usually is.

These addons below access unauthorized streams which are (in addition to being illegal) less reliable and generally lower quality than official streams. Note that this far from an exhaustive list, since new pirate IPTV addons crop up all the time.

There are a couple of common reasons that your addon isn't working properly. First, we'd recommend checking its settings to see if it needs you to log in. Next, check to see whether the addon is only available in certain countries. For instance, BBC iPlayer only works in the UK, and ABC won't load outside of the US.

Finally, it could be that the addon itself has been abandoned. Unfortunately, there are a few cable TV addons in the official repo that broke years ago and haven't received any updates since. These include Cooking Channel and Freeform, though there are likely more.

Can I watch other stuff on Kodi too?

You certainly can! People have created addons to help you collect content from Netflix, Disney Plus, HBO Max, and more all in one place. Alternatively, you can check out addons specifically designed for live streaming, like Twitch or Pluto TV.

The problem is that there are hundreds of addons to choose from and more arriving every week. Don't panic! We've put together guides to the best addons for movies, cartoons, anime and sport.

Can I use Kodi on my Amazon Fire Stick?

Kodi is known for being able to run on just about any device, and this includes Amazon Fire Sticks and Fire TVs. The installation process is really straightforward, but we have guides that explain how to perform updates, increase speeds, and address some Firestick-specific problems you might run into.