How to stream Your Honor season two online from anywhere

Want to stream Your Honor online? We have all the details including when the new premiere date is, how to watch the second season live from anywhere, and what’s happening with the show’s future.
Ian Garland Streaming, Kodi and VPN Expert 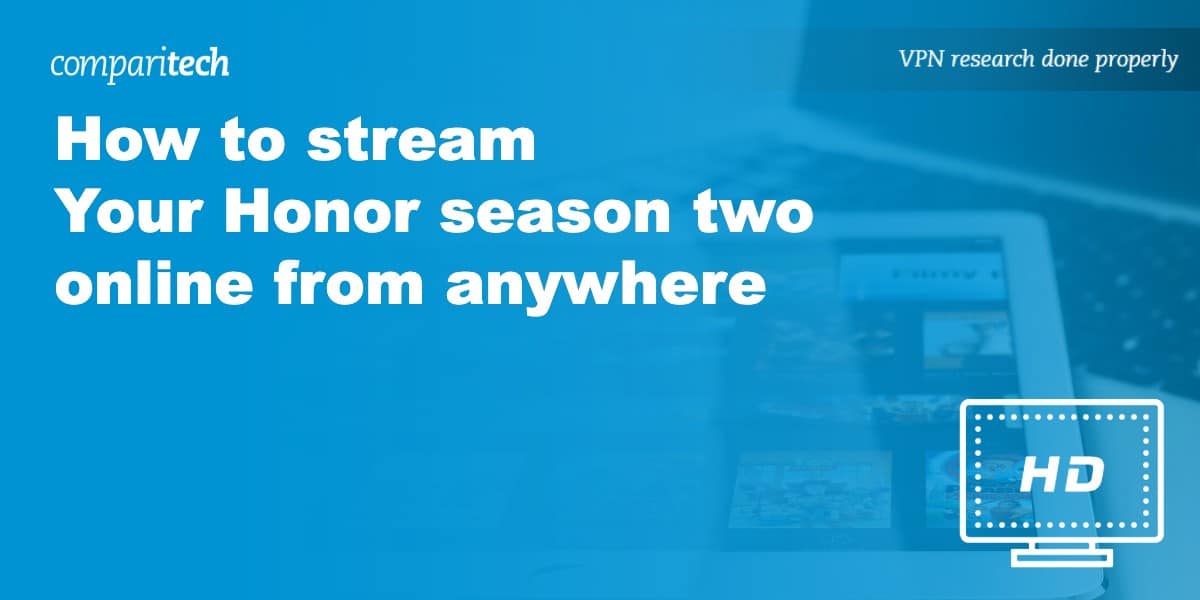 Initially, season two of Your Honor was supposed to arrive on streaming platforms December 9, with a linear broadcast coming two days later. However, the show’s network decided that it’d be better not to split a serialized show in two over Christmas, and has pushed the start back to January 13, with an on-air broadcast scheduled for 21:00 ET (18:00 PT) on January 15. That means you have more time to catch up, though, and we’ll explain how below.

You should note that we’re only recommending official sources. These offer the best-possible video quality and don’t come with any of the legal or ethical issues that shady streaming sites do. Additionally, there’s no chance of your stream being taken down halfway through. With lots of affordable, legitimate ways to watch, there’s no need to rely on unlicensed sources.

Your Honor season two will only air on geo-blocked streaming services. If you’re traveling abroad, you’ll need a Virtual Private Network (VPN) to keep watching on your usual channels.

How to live stream Your Honor online from abroad

VPNs are privacy tools that encrypt your internet traffic, preventing it from being read by your service provider. They also allow you to spoof your location, which is helpful for regaining access to region-locked services while you travel.

Here’s how to streamYour Honor online from abroad:

If you’re hoping to catch a live broadcast of Your Honor, we strongly recommend testing your VPN with your preferred streaming service ahead of time. This gives you ample opportunity to resolve any issues and avoid disappointment on the night of the premiere. All of the VPNs above offer free 24/7 live chat so you can get qualified help in a matter of minutes.

NordVPN offers a fully-featured risk-free 30-day trial if you sign up at this page. You can use the VPN rated #1 for streaming Your Honor with no restrictions for a full month. This is ideal for anyone looking to watch the new season while on a short trip abroad.

How to watch Your Honor season two online on US TV

Don’t have any of these? No problem: it’s also possible to sign up for Showtime directly. Currently, this service is offering a 30-day free trial followed by six months at $3.99 each (usually $ 10.99 monthly). Showtime has the first season of Your Honor as well, and you can even watch the first three episodes for free before deciding whether or not you think it’s worth paying for.

Showtime is geographically-restricted and won’t work outside of North America. International travelers can continue watching abroad by connecting to a US VPN server. NordVPN has a 30-day money-back guarantee, allowing you to try it risk-free and claim a full refund if you’re in any way unsatisfied.

Where else can I watch Your Honor online?

Your Honor will see a near-simultaneous release in multiple countries. Here’s a rundown of which networks are showing the new season where you are:

Every older episode of Your Honor is available on Crave, with season two arriving on January 13. Users can either sign into this service with their cable provider details or purchase a Crave subscription directly. These cost $19.99 CAD per month for the standard plan or $9.99 monthly for one that only lets you watch via web browsers and the Crave app.

Crave isn’t normally available outside of Canada. Despite this, you can continue watching with the help of a VPN.

Australian fans can stream Your Honor season two on Stan from January 14, the day after episodes air in North America. Plans start at $10 AUD per month, though you’ll have to pay a little more if you’d like to watch in 4K or stream on multiple screens at the same time. In any case, Stan offers a 30-day trial, meaning patient viewers can sign up once every episode is out for an easy way to watch Your Honor online for free – just remember to cancel so you aren’t charged.

Stan won’t work outside of Australia unless you’re connected to an Australian VPN server.

The first season of Your Honor is available on Paramount+ so it’s likely the second will arrive here at some point too, though there are no further details on when just yet. If you’d like to get caught up, Paramount+ has a seven-day free trial, after which it costs £6.99 per month. It’s also available as an Amazon Prime Video addon, though if you sign up through Amazon, you won’t be able to watch on the Paramount+ website or app.

These services have different content for different regions. To access the British library from abroad, you’ll need a VPN.

Is this the final season of Your Honor?

Unfortunately, yes. According to the show’s star, Bryan Cranston, Your Honor was only ever supposed to have a limited run. When it got higher ratings than any other Showtime series, the network decided to renew it for another ten episodes.

There is a trailer for season two but it mostly shows isolated clips, making it difficult to get any idea of the actual plot. Suffice it to say, Michael is in a rough spot, being hunted by the Baxter family while also ordered around by a mysterious woman who claims to be trying to “break down the single greatest threat to New Orleans”. Intriguing stuff, but you’ll have to watch the new series for yourself to find out what she means.

Who stars in Your Honor?

Your Honor has a star-studded cast led by the inimitable Bryan Cranston of Breaking Bad fame. Below, we’ve created a list of all the main players that’ll be appearing in season two: