HBO's new mini-series Chernobyl has everyone talking, but you most likely missed watching it live. You can still watch Chernobyl free online anywhere in the world if you sign up to the right services.
Sam Cook Data journalist, privacy advocate and cord-cutting expert 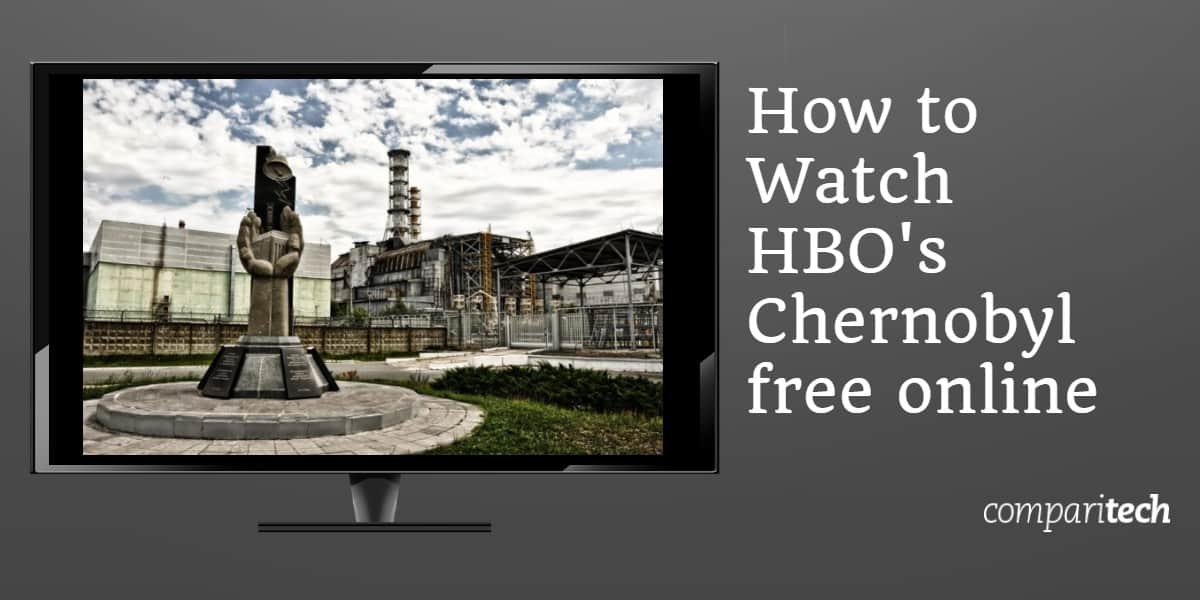 Game of Thrones may be gone, but HBO is proving it still knows how to create an unexpected hit. The new dramatic mini-series Chernobyl has everyone talking. Did you miss it? You can watch Chernobyl free online anywhere in the world.

Note that Chernobyl is an HBO program, so you’ll either need access to HBO, or a broadcaster that provides HBO’s content. That said, free options are available regardless of where you live, and especially for those in the US, UK, Canada, or Australia.

This post only recommends official streaming sources. HBO’s content is often popular and is among the most pirated. However, you can get access to HBO from full-legal sources for free or at a low cost, although a virtual private network (VPN) may be necessary for some locations. Unofficial sources are not only more likely to be unreliable but may come with privacy and security risks, including malware and warning letters from ISPs.

HBO’s Chernobyl is available anywhere in the world but is region-locked in most places. You may need a VPN to access HBO’s on-demand streams of Chernobyl.

How to stream Chernobyl free online with a VPN

VPNs are legal tools that let you bypass streaming TV region-locking. You can access streaming content anywhere in the world when you connect to a VPN. For Chernobyl, all you need to do is the following:

Your best option is to give a few different sites VPN servers a try to ensure your options work. If you’re still struggling to stream after signing up, contact the VPN provider; sometimes, only certain servers work to bypass region-locking. Now, let’s explore your best options to watch HBO’s Chernobyl free online.

How to watch Chernobyl in the UK and Ireland

Sky Atlantic is the sole provider for HBO content in the UK. You can watch Chernobyl free in the UK using Sky’s Now TV. Now TV offers a 7-day free trial for its Entertainment Pass, which is then £7.99 per month after. (Ireland residents can also use the service with a 14-day free trial.) That’s more than enough time to catch up on all episodes of the break-out mini-series.

Now TV requires you to sign up with a physical address. If you’re traveling outside of the UK or Ireland, you can sign up but a VPN will be needed for both the sign-up process and streaming. ExpressVPN is our top pick for this type of streaming and region-lock bypassing.

How to watch Chernobyl free in the US

Chernobyl’s final episode was June 3, so you can now binge watch the entire mini-series through any of these services.

How to Get US HBO and Chernobyl abroad

You can watch US HBO anywhere in the world if you have a VPN and a US payment method. You can sign up to watch HBO using these steps.

How to watch Chernobyl free in Australia

Australia residents can watch HBO content through Foxtel and Foxtel Now. You can get a 10-day free trial to Foxtel Now. After that, the cost is $25 per month. Foxtel Now does not require a physical address to sign up, so you can create an account using an Australia-based payment method and an email address.

How to watch Chernobyl free in Canada

Canadian HBO fans now have easy online streaming access thanks to Crave. You can sign up to Crave with a one-month free trial. You’ll need the Movies+HBO addon, which is $20 per month after the free trial.

What is HBO’s Chernobyl Mini-Series?

HBO’s 5-part mini-series offers a heart-wrenching look into the 1986 disaster in Ukraine. The story is a dramatized version of the disaster. While it has been criticized for taking some fantastical liberties with the event, it’s received mostly rave reviews.

According to the critic census on Rotten Tomatoes (where the show has a 96 percent rating), “Chernobyl rivets with a creeping dread that never dissipates, dramatizing a national tragedy with sterling craft and intelligent dissection of institutional rot.”

It’s likely most viewers completely missed Chernobyl as it launched on HBO in the shadow of Game of Thrones Season 8. However, Chernobyl is likely to be one of HBO’s lasting hits as word-of-mouth and media attention draw more viewers back to HBO to watch it.

Be warned: Chernobyl is both emotionally intense and can be graphic at times.