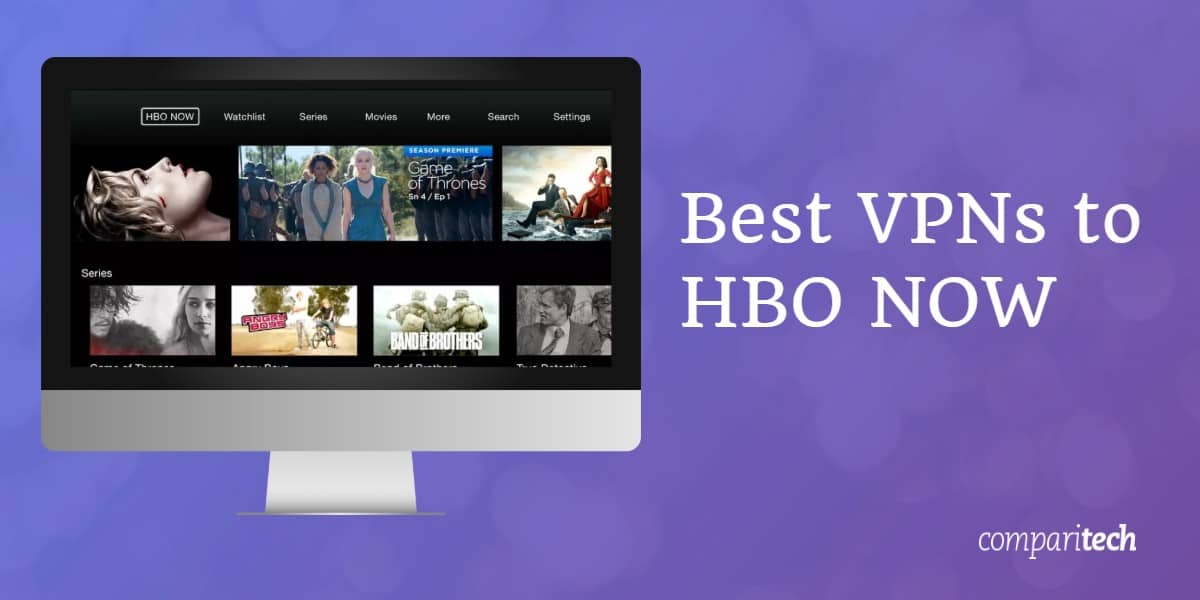 Whether you’re streaming Game of Thrones, Last Week Tonight, or The Night Of, there’s no better place to do it than HBO Now. HBO Now is the standalone streaming video service from premium cable channel HBO. HBO Now costs $15 per month for up to three simultaneous connections. That’s more expensive than the standard Netflix subscription. Furthermore, it’s only available in the United States.

You might be tempted to Google around for some unsanctioned streams, but HBO is probably the most thorough network in America when it comes to scrubbing the web of illegal duplicates. You’ll likely see a notice at the bottom of search results explaining that several links were removed under the US Digital Millenium Copyright Act. This means HBO has forced Google to remove links from search results. HBO also goes after the sites actually providing the unsanctioned videos, forcing them to remove streams or face legal action.

We cover a lot of detail on each of the VPNs we have featured below, but if you need a quick summary, here’s our list of the best VPNs for HBO Now abroad:

HBO is extremely effective when it comes to protecting its intellectual property, so much so that the only unsanctioned streams left are found on very sketchy websites. These websites often contain malicious tracking cookies, advertisements, and malware.

So how do you get HBO Now if you don’t live in the United States? All you need is a VPN, or virtual private network and you can watch HBO Now outside the US. A VPN encrypts all your internet traffic and routes it through a server in a location of your choosing. If you live in the UK, for example, just connect to a server in the US, and the HBO Now website will think you’re in America.

The internet is full of VPN services, but we recommend a paid one to ensure you get the performance required to stream shows in good quality. Paid VPNs also have better customer service should anything go wrong.

The best VPNs for viewing HBO Now while outside the US

We’ve curated a list of the five best VPNs for HBO Now based on the following criteria:

Note that HBO Now is different from HBO Go. HBO Go requires a cable subscription with the premium channel, whereas HBO Now is just for online streaming. If you have an HBO Go subscription and you’re traveling abroad, these VPNs should work for you, too.

ExpressVPN operates servers in over 20 locations across the United States. It’s among the quickest and most reliable VPNs we’ve tested and excelled in almost every way a VPN can. Live chat with extremely competent customer support is available 24 hours per day, 365 days per year. ExpressVPN also has a few servers that work with Netflix, so those with subscriptions to both HBO Now and Netflix can kill two birds with one stone.

BEST VPN FOR HBO NOW:ExpressVPN is our #1 choice. A blazing fast and reliable choice which unblocks HBO Now and all major streaming services including Hulu, Netflix and Amazon Prime. Great security and privacy features and keeps no logs. Try it risk-free with the 30-day money back guarantee.

You can see which streaming channels are available on a particular server just by hovering your mouse over it in the NordVPN app. This extremely convenient feature combined with a ton of servers, solid speeds, a 24/7 live chat support make it a solid option for HBO Now and HBO Go users alike.

Few VPNs out there boast as large of a network of servers as IPVanish. A few might turn out to be duds, but you’re sure to find a fast one without much hassle that works with HBO Now. You can view a server’s current capacity right in the app. While there’s no live chat or phone support, you can expect a response from the ticket submission system in under four hours, any time of the day.

FAST AND RELIABLE:IPVanish has a large network of servers. Uncongested network achieves good speeds. Strong security and privacy features make IPVanish a favorite for Kodi and Amazon Fire Stick. Works with HBO Now but look elsewhere if you want to unblock Netflix. 7-day money back guarantee.

Buffered operates East Coast and West Coast servers in the United States. Speed and reliability are excellent, and a single subscription nets you five simultaneous connections. Buffered recently ramped up its customer service to cut response time down to less than four hours. The only downside is that there are no mobile apps available yet, but you can still set it up manually on an Android or iPhone.

EASY TO USE:Buffered VPN has a great desktop app. Hits decent streaming speeds and allows 5 simultaneous connections. We’d prefer if they had an app for mobile. Not the cheapest option. 30-day money back guarantee.

VyprVPN owns and operates all of its own servers, which means you are pretty much guaranteed top-notch stability and speed. The company has a lot of both staff and servers in the United States. Live chat support and a ticket submission system are both at your disposal.

EASY TO USE APP:VyprVPN is user friendly. Speeds were surprisingly good for the cheaper end of the market. Could do with having more servers choices. 30-day money back guarantee.

We’ve seen HideMyAss recommended for HBO Now on other sites, so let’s nick this one in the bud. HideMyAss shouldn’t be used by anybody for anything. The UK-based provider stores logs of user activity and those logs have led to the arrest of its members in the past. Avoid HMA at all costs if you value your privacy.

Hola is not a VPN in the traditional sense in that it does not operate its own servers. Instead, it adds its users to a botnet so that each device on the network becomes a server for someone else. This has led to serious privacy concerns and in one case Hola used the computers on its network to launch a DDoS attack on a website. In any case, it’s probably not fast enough to stream HBO Now in decent quality.

Last year, HBO started threatening VPN users with account termination. Emails sent to users state that HBO Now can only be used inside the United States, and that their accounts would be canceled if they didn’t call HBO by phone and explain themselves.

HBO Now users on Reddit who encountered this problem say these proxy purges occur once every few months. If you receive such a letter, you need to provide a valid US address and phone number in order to prevent your account from being terminated. Here are some first-hand accounts from Reddit users HurleyBunt and clackstonbiaar, respectively:

I’ve been a subscriber since it was launched back in April, and got one of these emails back in May. I called the number, said I was travelling and accidentally loaded the app. I provided them with a valid U.S. address and presto, my account was not disabled.

I got this and called them from a US number, gave them a US number (Google Voice) and the US address of my friend there and they accepted it. Seems like they are doing this in rounds, maybe another 6 months or so and they’ll do it again.

While we didn’t encounter such an issue during our testing, we suspect you should be able to simply provide the address and a phone number of a small business in the US. You can find such information on Google Maps.

HBO Now from outside the US on Roku, Chromecast, and Fire TV

The apps from the VPN providers above should work fine on a web browser like Google Chrome or Firefox, but you may run into issues when using the HBO Now app on a smart TV, set-top media streaming box, or the mobile app on Android and iPhone. This is because HBO Now can force the app to use different DNS servers than what the VPN uses, which gives away the device’s true location.

To get around this, just watch from a browser instead of the app if you can. Because Roku, Chromecast, Amazon Fire TV and other set-top boxes don’t have web browser’s you need to set up the VPN on a router. You can either do this on your home wifi router or configure a virtual router on your laptop. We’ve got tutorials for how to configure a VPN on a virtual wifi router using MacOS and Windows.