How to watch S.W.A.T. season 6 online from anywhere

Looking to stream the new season of S.W.A.T. online? We’ll explain everything you need to know including what time  it'll air, which channel it’s on, and how to watch S.W.A.T. season 6 live online.
Ian Garland Streaming, Kodi and VPN Expert 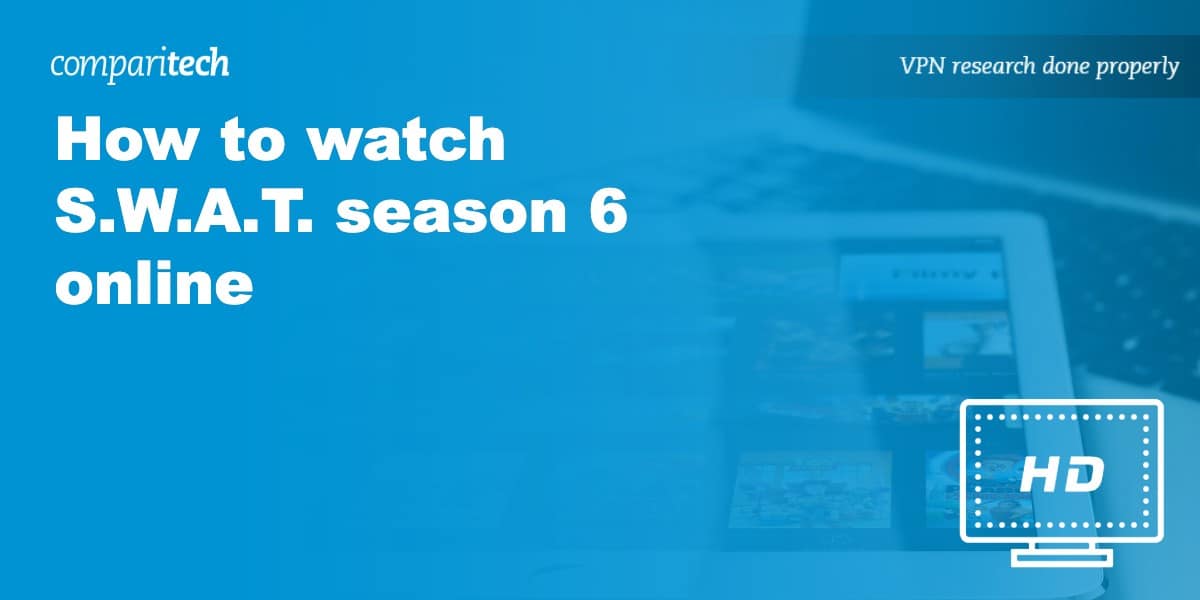 From October 7, there’ll be a new episode of S.W.A.T. every Friday night at 20:00 EST (17:00 PST). Fans can expect around 20 episodes in season six, and like last time, some of these will take place outside of Los Angeles. Interested? Take a look below to find out how to stream S.W.A.T. live online from anywhere.

You should note that we’re only recommending official broadcasters. Unlicensed streams may well be available but these usually provide a vastly inferior experience, and are often taken down part way through whatever you’re watching. Luckily, there are lots of ways to watch SWAT online legitimately, and we’ll cover each of these a little later.

S.W.A.T. will only be shown on region-locked streaming platforms. In other words, if you’re traveling abroad, you’ll need a Virtual Private Network (VPN) to regain access to the services you’d use back home.

How to stream SWAT online from abroad

So what is a VPN? Simply, these are privacy tools that encrypt your internet traffic and send it through a server somewhere else in the world. This has the added benefit of allowing you to use geo-blocked services like CBS from anywhere. Here’s how to unblock S.W.A.T. as you travel:

Because this show is broadcast live, we recommend you make sure your VPN works with your chosen streaming service ahead of time. This way, you won’t miss out on the start of an episode due to last-minute technical trouble. All of the VPNs above have 24/7 support over live chat.

NordVPN offers a fully-featured risk-free 30-day trial if you sign up at this page. You can use the VPN rated #1 for streaming CBS with no restrictions for a full month. This is perfect for anyone who’s traveling abroad and doesn’t want to miss new episodes of S.W.A.T.

How to watch S.W.A.T. live online on US TV

As ever, the new season of S.W.A.T. will air on CBS. If you’re with a supported cable TV provider, you can simply log into the website and watch live at no added cost. Trying to watch S.W.A.T. online without cable? In that case, you’ll have to sign up for fuboTV, Hulu with Live TV, or YouTube TV, all of which cost around $64.99 USD per month. On the plus side, each of these services has a short free trial.

If you don’t mind waiting a little bit longer, you can stream episodes from season 6 the day after they air on Paramount+. This service costs $4.99 per month with ads, or $9.99 without. Both plans include a seven-day free trial, so if you’re patient, you could wait until the season ended, sign up, marathon all of the new episodes, and cancel to avoid being charged.

The first three seasons are available on Hulu but unfortunately, you’ll have to pay to watch the fourth and fifth. These costs $9.99 on Amazon Prime Video but are available on several other platforms too.

The services mentioned above are all geo-blocked and may not be showing S.W.A.T. outside of the US. However, NordVPN allows travelers to access the US library from anywhere. Best of all, it comes with a 30-day money-back guarantee, giving you the chance to try it out risk-free.

Where else can I watch S.W.A.T. online?

S.W.A.T. might be set in LA, but it has fans in many places outside of the US. Here’s a breakdown of which networks are showing season 6 in your country:

Season 6 is airing at the same time in Canada as it is in the US (Friday nights at 20:00 EST). However, it’ll air exclusively on Global TV, with episodes available on-demand shortly after they finish airing.

The good news is that this service also carries the first five seasons, which means it’s really easy to get caught up. On the other hand, you need a cable TV subscription to watch anything on the website, regardless of whether it’s live or not.

There is a workaround, though. Global TV is one of the many channels included in the StackTV add-on for Amazon Prime Video. This costs an extra $12.99 CAD per month on top of a Prime subscription ($9.99 per month), although both StackTV and Amazon Prime have a 30-day trial. The StackTV add-on and Netflix Canada both have the first four seasons for on-demand viewing.

Remember: if you’re traveling outside of Canada, you won’t normally be able to use the services above. However, with a VPN, you can securely stream them from anywhere in the world.

There has been no word on a British release for season 6 just yet. In the meantime, you can catch the first five seasons on Now TV. You’ll need an Entertainment pass, which costs £9.99 per month.

Unfortunately, this service doesn’t offer a free trial anymore. On the plus side, it lets you stream Sky One live, which is handy because that’s where new episodes have aired in the past. The first four seasons are also available on Netflix UK.

You can connect to a British VPN server to securely stream Now TV and Netflix while traveling.

There’s currently no information abotu when Australian fans will be able to watch S.W.A.T. season 6. In the meantime, you can catch the first four seasons on Netflix, or purchase the fifth from a variety of video-on-demand platforms.

Previous seasons aired on Foxtel and Binge, so it’s likely that’s where you’ll be able to stream the new season when it does finally arrive.

These streaming platforms are all geo-blocked. Despite this, you can securely access them from anywhere with a VPN.

What do we know about the new season of S.W.A.T.?

This show is fairly episodic, so it’s hard to predict what kinds of things we’ll see ahead of time. Still, we know that the first episode of season six is titled “Thai Hard“, and will see the squad visiting Thailand to work alongside their Thai counterparts. However, while there, Hondo and an old friend from the military inadvertently uncover a drug-smuggling ring with ties to LA. We can also expect some more info on Nichelle’s pregnancy and if we’re lucky, maybe we’ll get to hear about Christine, even if it’s only in passing.