How to watch Workin’ Moms season 6 online from anywhere

Can’t wait to watch Workin’ Moms season 6 online? Read on to find out where you can live stream it, and how you can do so from anywhere when you use a Virtual Private Network (VPN).
Mark Gill TECH JOURNALIST, VPN AND PRIVACY SPECIALIST 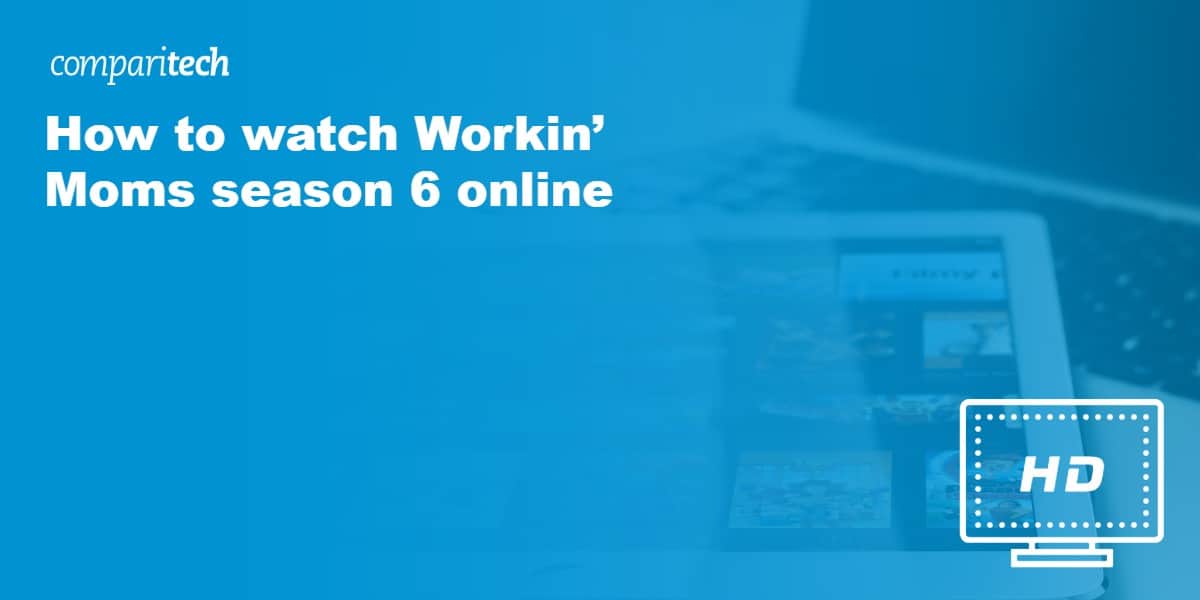 Workin’ Moms season 6 is all set to premiere on Tuesday, January 4 at 9/9.30 PM NT (9.30 PM EST / 6.30 PM PST). The sixth season of the Canadian sitcom will explore the surprise arrival of Nathan’s long-lost son from a previous relationship. We can expect this to pose challenges for his relationship with Kate. However, one challenge of our own will be watching Workin’ Moms season 6 online while traveling abroad. A VPN is required to do this.

First, we should mention that we’re only recommending official streams for watching Workin’ Moms season 6 online. That’s because unlicensed streams simply can’t be trusted due to their low resolution and excessive lag. Furthermore, they may be taken offline due to violating copyright. The good news is that you won’t have to contend with these issues with official sources which we’ll be covering in this post.

Workin’ Moms will be streaming on region-locked platforms. As such, you’ll need to use a VPN to continue watching it via your usual home streaming service while abroad.

How to watch Workin’ Moms online from abroad

A VPN encrypts your data and provides you with a new IP address. This lets you spoof your location and access region-locked content such as Workin’ Moms season 6 regardless of your physical location.

Here’s how to watch Workin’ Moms season 6 online from anywhere:

New episodes of Workin’ Moms will be broadcast live. That’s why we recommend you test your VPN with CBC Gem well before the season 6 premiere. If you have any trouble, your VPN’s customer support may be able to provide further assistance with time to spare.

NordVPN is offering a fully-featured risk-free 30-day trial if you sign up at this page. You can use the VPN rated #1 for CBC Gem with no restrictions for a month—plenty of time to find out just how well it works.

Where to watch Workin’ Moms season 6 for free in Canada

You can watch Workin’ Moms season 6 online via CBC Gem. Best of all, it’s available to stream for free. To do this, simply go to CBC Gem (you can use the app or go to its website). You don’t even need to sign up for an account to live stream CBC Gem content. However, if you’d like to gain early access to your favorite shows and watch on-demand episodes ad-free, you’ll need a Premium subscription which costs CAD$4.99/$3.85 a month (GBP £2.93/month).

Due to geographic restrictions, CBC Gem is only available in Canada. If you’re traveling abroad, you’ll therefore need to use a VPN to watch Workin’ Moms season 6 online. This means connecting to a VPN server in Canada and getting a Canadian IP address. NordVPN works with CBC Gem and even includes a 30-day money-back guarantee. As such, you can try it out risk-free and claim a full refund if you happen to change your mind.

Where else can I watch Workin’ Moms season 6 online?

At the time of writing, we only have news regarding Workin’ Moms’ Canada release on CBC. However, previous seasons of Workin’ Moms have been released globally on Netflix. This can be expected to be within a month or two of the season 6 finale. So with season 6 premiering in January, we can expect the finale to air sometime in March or April. It wouldn’t be a surprise to find Workin’ Moms season 6 on Netflix between April and June, 2022.

What do we know about Workin’ Moms season 6?

The season 6 trailer of Workin’ Moms doesn’t give too much away in terms of potential storylines. What we do know is that season five concluded with Kate answering the door to a young man claiming to be Nathan’s son. As such, we can fully expect this to be explored further. There’s plenty more to be resolved too. In particular, Anne landed a new job and Jenny had her very own office romance and these could well be developed further in the new season.

Who is in the cast of Workin’ Moms season 6?

The good news is that we can expect all four of our favorite “workin’ moms” to be back for season 6. They are Catherine Reitman (Kate Foster), Dani Kind (Anne Carlson), Juno Rinaldi (Frankie Coyne), and Jessalyn Wanlim as Jenny Matthews. We can also expect the return of various recurring characters such as Nathan Foster (Philip Sternberg) and Sarah McVie as Valerie “Val” Szalinsky.