How to unblock video streaming sites with a VPN 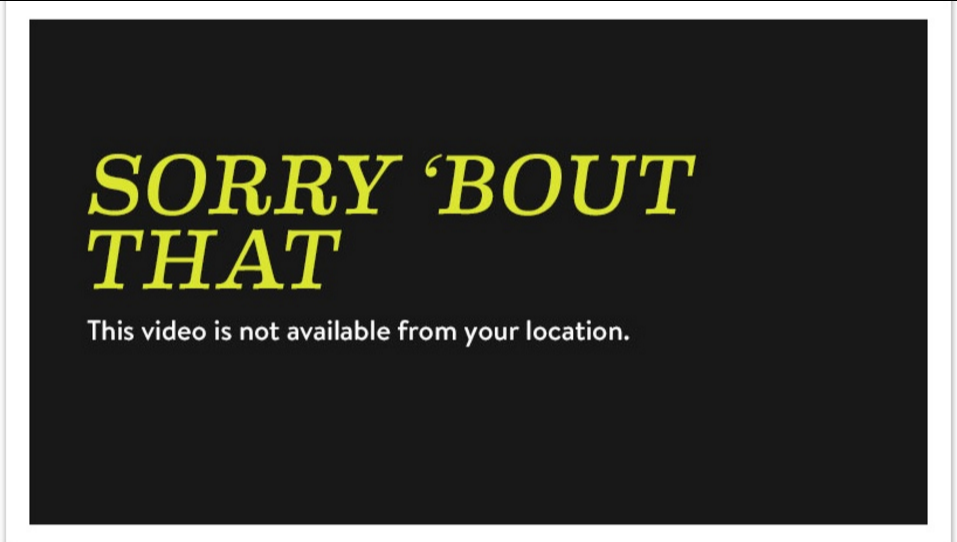 “This video is not available from your location.”

Variations of this message are among the most frequently encountered causes of disappointment on the internet. Content, usually in video form, is inaccessible due to a geographic restriction put in place by a faceless content distributor. Whatever happened to the free and open internet of yesteryear?

Thankfully, a solution is ready available. You might have heard of virtual private networks, or VPNs, in the past. These nifty tools are used to bypass censorship, secure internet connections, and, of course, unblock videos and other streaming content.

Depending on your level of expertise and how much you are willing to pay (if anything), the level of service, performance, security, and ease of use varies greatly from VPN to VPN. To unblock geographically restricted content, you will need a VPN that allows you to choose from a range of countries, through which your web traffic will be routed so as to “spoof” your location.

BBC iPlayer, ITV Player, Hulu, Deezer, Spotify, and dozens of other streaming content services put geographic restrictions in place because they only own the content licenses for their content in certain countries. Sometimes only certain content, such as a show or album, is blocked, while other times the entire app or website is inaccessible. To bypass these “geo-locks”, simply use your VPN to connect to a country where that content is available. To watch BBC iPlayer from the US, for example, connect to a server in London.

If you previously tried watching without the VPN on, the app or website might remember this and continue blocking access. To get around this, restart the app and/or clear your browser cookies and flush your DNS cache. You may need to tweak your country of residence in the settings. If you don’t want to wipe all the cookies on your browser, try an extension like EditThisCookie.

If you have a fast connection but still find that a video needs to stop to buffer a lot or just plays in low quality, there’s a good chance your ISP is throttling bandwidth traveling to and from the video host. Comcast, the cable and internet provider for a large swath of the United States, is the most high-profile ISP using this tactic against Netflix. A VPN encrypts the contents and destination of your internet traffic, making it impossible for Comcast to determine whether it’s bound for Netflix’s servers or not.

Bandwidth throttling flies in the face of net neutrality, a principle that says all content on the internet should be treated equally and internet service providers should remain neutral in the same way that other utilities do.

Netflix’s recent VPN ban will likely lead to a resurgence in piracy and unsanctioned streams. ISPs, corporations, and law enforcement can monitor netizens’ connections to snoop on what they are downloading and streaming. By simply turning on a VPN, assuming it includes standard encryption and security standards, these entities cannot view what users are doing or even determine their true location.

If you stream or download from extralegal sites, invest in a logless or zero-knowledge VPN. These VPN providers and the server hosting companies they work with will not monitor or log your activity, therefore they have no evidence to hand over to authorities should the MIAA or some other litigious organization decide to pursue legal action against you. Note that we do not condone or encourage the use of illegal streams or torrents.

A note about Netflix

Netflix this week fulfilled its pledge to ban the use of VPNs, which bypass geographic licensing restrictions and allow customers to access shows that are otherwise not available in their home countries. The move benefits content distributors–the other companies that own the rights to broadcast and/or stream shows in other countries–but hurts Netflix itself, VPN providers, and end-users.

Netflix seems serious about enforcement, but critics have been skeptical about how long the ban on VPNs will last. Hulu eventually gave up on a similar tactic a few years ago to block VPN users, and few others have even made the attempt. Unblocking Netflix is a major use case for VPN subscribers, so VPN providers have a vested interest in evading the block. Users themselves will no doubt search for ways to do the same, making Netflix’s enforcement an increasingly sophisticated game of whack-a-mole. Word on the street is that using a VPN with a private IP instead of a shared public one is enough to circumvent the ban.

While Netflix might be inaccessible with a VPN for now, pretty much every other streaming content service out there still turns a blind eye to the practice. Hulu and BBC iPlayer have both blocked VPN users to some extent as well. The technology, which encrypts and routes internet traffic through a server in a location of the user’s choosing, is becoming more commonplace every day. Whether you want to access content only available in your country while traveling abroad, access content only available in another country from your home country, bypass bandwidth throttles put in place by your ISP, or just want to watch something anonymously, VPNs are a one-stop solution.

UPDATE: We’ve put together a guide on how to get around the ban if Netflix is blocking your VPN service.