We tested ExpressVPN to see if works with Netflix and which Netflix catalogs it works with.
Ian Garland Streaming, Kodi and VPN Expert 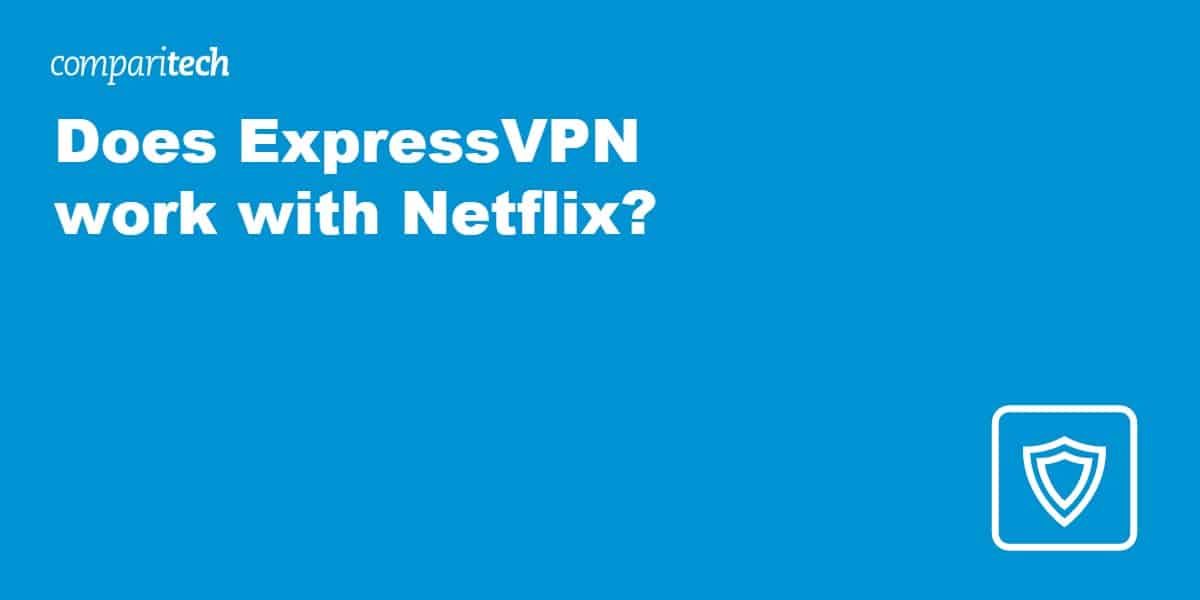 You’ll find that many VPNs simply won’t work with Netflix. Moreover, those that do typically only allow secure access to one or two regional libraries. This might be fine if you’re from the US, but what if you’re a traveler from France trying to regain access to the French catalog on a trip abroad?

We decided to put ExpressVPN to the test to see if it works with Netflix, and if so, how well. We’ll also cover some troubleshooting tips for those who find ExpressVPN doesn’t work with Netflix.

Netflix has different licensing agreements for each of its shows. Like most streaming services, Netflix geo-blocks its content to restrict access to the appropriate audience. This is the reason why Netflix viewers in the US have access to different content than those in the UK, for instance. However, when you connect to a VPN, you’re given a new, region-specific IP address, which can be used to securely access the same content you’d be able to see back home.

As one of the world’s biggest streaming platforms, Netflix is very good at detecting whether you’re using a VPN or not. But some services, like ExpressVPN, still work. We’ll let you know exactly wwhether it lets you watch via the Netflix app too, and if the MediaStreamer app is worth using.

Does ExpressVPN work with Netflix? Yes! ExpressVPN can provide secure access to several Netflix libraries and is fast enough for you to watch in 4K if you’d like. Is your usual library not supported by ExpressVPN? Why not try NordVPN or Surfshark — both offer a 30-day money-back guarantee.

How to use ExpressVPN with Netflix

Using ExpressVPN to securely access your regular Netflix library during a trip abroad is easy; just follow these steps to stream your favorite shows anywhere.

Here’s how to ExpressVPN with Netflix:

ExpressVPN is a good choice for most streaming services, not just Netflix. It offers high speeds, excellent multi-platform support, and access to 3,000+ servers spanning 94 countries. You can even choose which city you’d like your server in, which is great if you’re a baseball or hockey fan looking to watch games that are subject to regional blackouts.

This is a very secure service. It uses 256-bit encryption, a kill switch (desktop apps only), perfect forward secrecy, and IPv6, DNS, and WebRTC leak protection to keep your traffic private at all times. Further, ExpressVPN does not log any information that could be used to identify you.

STREAM NETFLIX ANYWHERE:ExpressVPN is a secure, speedy service that works particularly well with Netflix. Still not sure? You can try it out risk-free thanks to the 30-day money-back guarantee.

Does ExpressVPN work with Netflix?

ExpressVPN can securely access numerous Netflix libraries including those of the UK, the US, Japan, Canada, and France. The majority of these were accessible both in a browser and via the iOS or Android app. Note that Netflix is constantly improving its VPN-detection tools, so these results are subject to change.

What is ExpressVPN’s MediaStreamer app?

As part of its package, ExpressVPN offers a smart DNS service called MediaStreamer. In practice, this enables you to access region-specific services without encrypting your internet traffic. However, it’s important to note that you won’t be getting the security benefits (freedom from monitoring and a reduced chance of Internet Service Provider (ISP) throttling, among others) of a VPN.

MediaStreamer isn’t an app as such. To use it, you just tell your device to use ExpressVPN’s DNS servers instead of your ISP’s. Then it essentially serves as a proxy. It’s a particularly useful feature that if you want to reroute your traffic on platforms without a native ExpressVPN app, like PlayStation, Xbox, or some smart TVs.

MediaStreamer only allows you to access US-based websites. This could change in future, should country-specific servers be added, but as changing location would require manually editing your device’s preferred DNS settings, using the app would be preferable, assuming it’s available for your device.

Can’t I just watch Netflix with a free VPN?

Free VPNs aren’t as good as they sound. In fact, they’re often pretty terrible, especially if you’re trying to stream Netflix from abroad. These services have very limited networks, but more users than their premium counterparts. This leads to choppy playback and very long buffering times, which would be bad enough. When you consider that most free VPNs have monthly data caps and don’t work with Netflix, it becomes clear that they’re just not up to the task.

Finally, even finding a legitimate free service is difficult. Recent research shows that the Google Play Store is home to dozens of malware-carrying apps claiming to be free VPNs. Assuming you install a virus-free app, there’s no guarantee it actually encrypts your traffic, and a high chance it leaks personal information over DNS and IPv6. Even well-known providers have been caught abusing their user’s trust in the past, so it pays to be cautious. To stay safe online, we recommend using a reputable VPN which puts its customers’ privacy first.

If you don’t already have a Netflix account, getting one is fairly straightforward. The service is available in over 100 countries, and even if you live in a place where it isn’t, there’s a workaround.

Netflix allows users to pay for their subscription with gift cards. These are available for sale via numerous online marketplaces, but it’s important to do your due diligence on the site and its refund policy before buying anything. Sellers on less savory marketplaces might provide you with a code which doesn’t work or has already been redeemed.

If Netflix determines that you're using a VPN, it will now only show movies and TV shows that it has the right to broadcast worldwide. However, since there's no error notifying you of this (such as the old "You seem to be using an unblocker or proxy" message), it can be a little confusing.

Netflix has invested significant time and effort into preventing VPN users from accessing its content. As a result, many services no longer work with Netflix.

We can confirm that ExpressVPN works at the time of writing, and even when Netflix’s restrictions are updated, this VPN usually finds a workaround shortly after. Should a Netflix update cause problems that take longer to resolve, ExpressVPN customer support will be able to point you towards a server that still works.

Will a VPN reduce my network speeds?

Every VPN reduces your connection speed to some degree, but some have more of an impact than others. Additionally, your speeds are affected by several different factors, including distance from your chosen server, the protocol you’re using, and the current server load. As such, your speeds can fluctuate wildly from one day to another.

Netflix requires a minimum speed of 0.5 Mbps but recommends at least 3 Mbps for streaming SD content. This increases to 5 Mbps to watch in HD, and 25 Mbps for 4K. Generally, if your ISP provides you speeds of around 8 Mbps, you should be able to watch most Netflix content when connected to a VPN without any issues.

What Netflix shows can I watch with ExpressVPN?

With ExpressVPN you’ll be able to stream some of Netflix’s most popular titles securely including: