We’ll explain how to check and hide your IP address so you can torrent safely and keep activity private from your ISP and others.
Ian Garland Streaming, Kodi and VPN Expert 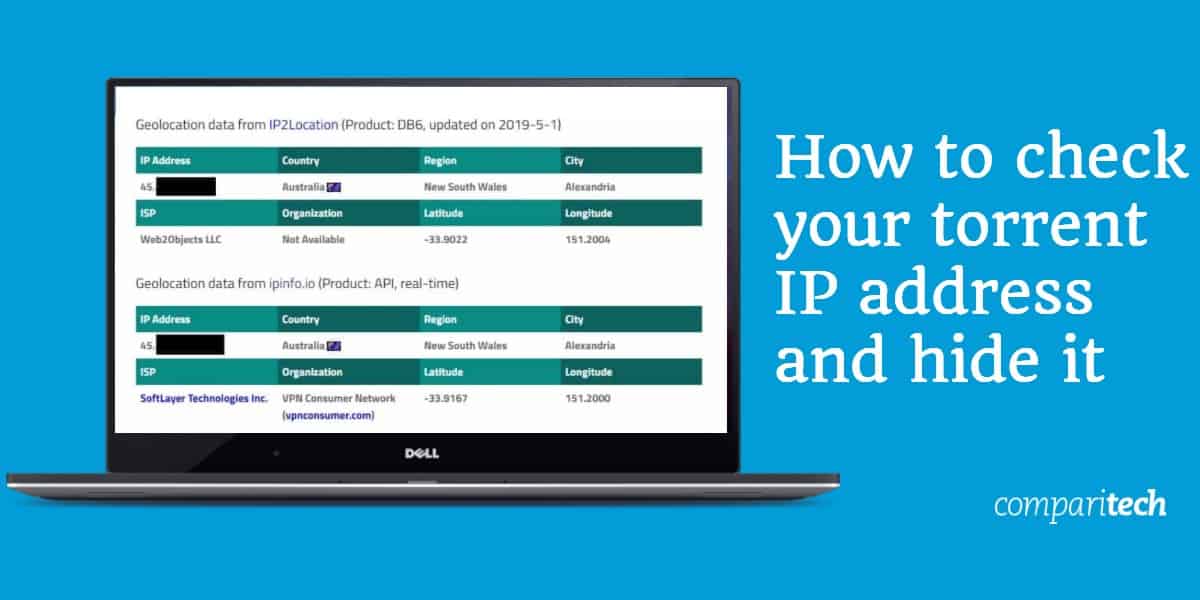 Why should you hide your IP address when using P2P networks?

There are several reasons why you should hide your IP address from public view. First, if someone has your IP address, they can use it to determine your approximate location. IP geolocation is fairly inaccurate, but at the very least, an attacker would be able to find out which country (and perhaps even city) you live in. While it’s unlikely, they could also target your network with a DDoS attack, which could prevent you from using the internet temporarily.

More commonly, people hide their IP addresses to prevent their activities from being tracked. Copyright holders often monitor torrents of their own content and send out infringement notices to anyone who downloads the file. Sometimes, they’ll let your Internet Service Provider (ISP) know, which could lead to your services being cancelled if you continue to use torrents. In some cases, copyright holders even contact you directly, usually demanding an exorbitant amount of money and threatening legal action if you don’t pay.

Your ISP may also throttle your internet connection if you are streaming or torrenting.

So how do people obtain your information in the first place? IP addresses actually include quite a lot of information about the user. The country you’re in, for instance, and who your ISP is. This data can then be used to send out a copyright violation notice to your ISP, who’ll often forward it on to you.

How to check your IP address

While you can find your current IP address by running commands in a terminal, the easiest way to check is with an online tool. This is quick and easy, plus these work on any operating system, whereas if you were checking manually, you’d have to use different commands for Windows, MacOS, and Linux devices.

While there are dozens of sites that can tell you your IP address, most offer some form of geolocation as well. Different platforms often return different results, however, so we recommend using IPlocation.net. This service searches your IP address on three different sites to illustrate just how much personal information is available to anyone who cares to look. 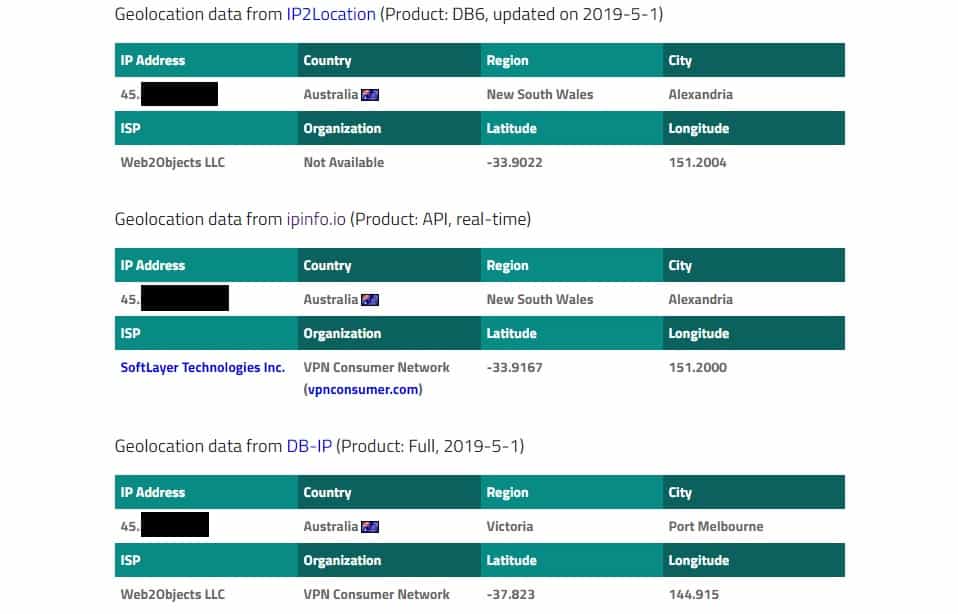 How to hide your IP address from your ISP

The best way to hide your real IP address is with a Virtual Private Network (VPN). These work by encrypting your data and routing it through one of their own servers elsewhere in the world. Most VPNs offer servers in dozens of different countries, and once connected, you’ll be given a new, temporary IP address. This means that anyone attempting to look you up will only be able to find the VPN server’s details. Often, VPNs will use a shared address system, wherein every user who connects to a particular server is given the same IP address. This adds another layer of anonymity since it’s effectively impossible to tell which user accessed a given site.

Better yet, even your ISP won’t be able to tell what you’re doing online. While they will know that you’re using a VPN, they won’t know which sites you visit, what you do there, or even what type of traffic you’re sending. This is particularly useful if you like to watch videos on your device, since some ISPs have been known to throttle the speeds of users who stream or torrent frequently.

To hide your torrent IP address from your ISP and others, just follow the steps below:

We recommend using ExpressVPN when torrenting. This is a fast, reliable VPN with over 3,000 servers in 94 countries worldwide. With apps for all of the most popular operating systems, up to five simultaneous connections allowed, and no personally identifiable information logged, you can use it to torrent safely across multiple devices. It’s also great for streaming, since it’s able to unblock region-locked platforms like Netflix, Hulu, and Amazon Prime Video from anywhere in the world.

Getting started only takes a few minutes. All you have to do is choose your desired subscription length (one month, six months, or a year) and pay. If you’d like another layer of anonymity, you can even pay with Bitcoin. ExpressVPN includes a 30-day money-back guarantee meaning you can try it risk-free. If you’re unimpressed or only need a VPN for a short time, just cancel to receive a full refund.

ExpressVPN is our top recommendation but if you want to see some alternatives we have a full list of the best VPNs for torrenting.

Are there other ways to hide your IP address?

There are a couple of other ways to hide your IP address for torrenting, but these are generally more complicated and less effective than using a VPN.

Proxies tend to be very slow and won’t encrypt traffic from any of your other apps. This means that your ISP could still monitor what you do in a different browser (and possibly even a different tab in the same browser).

There’s no way of knowing what the proxy owner (or torrent site owner) does with the details of your activities. They might sell them to advertisers, for instance, or provide them to anyone who asks. In contrast, the best VPNs intentionally keep as few logs as possible and will stand up for your privacy, even in the face of governmental pressure.

You might think that if you use a public wifi network, your activities can’t be traced. After all, you’ll have a different IP address, right? There are several problems with this plan, however. First, most public networks block P2P traffic entirely.

For the sake of argument, let’s say you find a way around this. The hotspot owner almost certainly logs user traffic, meaning they can tell which IP address was torrenting. They may even record the MAC address of the device which was connected, which can prove that you were the person responsible. When you consider that these locations usually have CCTV cameras too, it becomes clear that you’re far less anonymous on public wifi than you may have thought.

Finally, public networks are a prime target for hackers since they’re rarely as secure as they should be. Even if you aren’t torrenting, your traffic could be intercepted using a Man-in-the-Middle attack, which could provide hackers with sensitive information include login credentials, online banking details, or even (if you shop online) your home address.

Will torrenting get me into trouble?

Torrenting isn’t inherently illegal. Having said that, you could find yourself in trouble if you download copyrighted material. It’s usually fairly easy to tell if something is copyrighted or not: if a torrent claims to offer a recently-released movie or TV show for free, it’s probably copyrighted. If it’s a public domain film like Night of the Living Dead (1968) or content that’s available freely elsewhere, you’ll likely be fine.

As so many people torrent these days, copyright holders tend to go after the person who uploaded their content instead of those who are downloading it. That’s why new episodes of shows like Game of Thrones can be downloaded over 100,000 times shortly after their release, without anyone mentioning that they’ve received an infringement notice.

You’ll notice several words appear on just about every site that discusses torrenting. Below, we’ll explain exactly what these terms mean and what their impact is upon the user: