How to watch Black-ish season 8 online

Want to watch the final season of Black-ish online? Black-ish season 8 will premiere on ABC, which means anybody can use a VPN to stream episodes for free a week after they first air.
Ray Walsh VPN and privacy expert 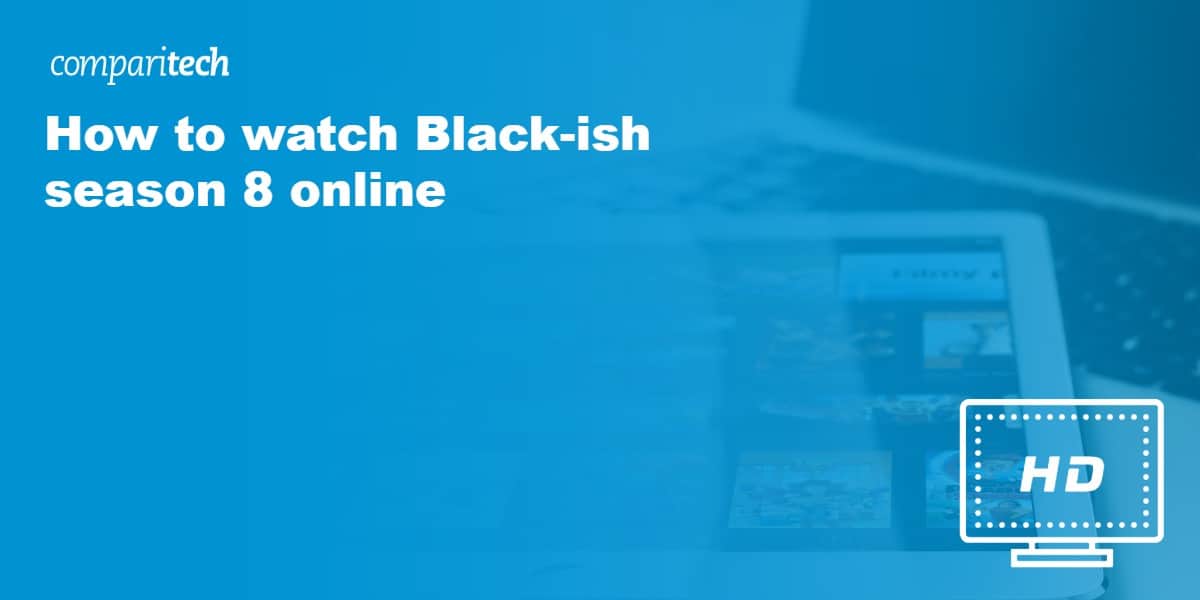 The popular comedy Black-ish is returning to ABC for one last season. It will premiere on ABC on January 4th, with subsequent episodes broadcast a week apart. Unfortunately, the content on ABC’s website is region-locked to the US, so if you go on vacation elsewhere you will need a VPN to watch Black-ish on your usual services back home.

A Virtual Private Network (VPN) is an online tool designed to provide privacy. By connecting to a server in the United States, you can get a valid US IP address. This conceals your real location and lets you watch episodes of Black-ish while on vacation.

Not all VPNs work to stream ABC abroad, so you will need to pick one of our recommended VPNs for Black-ish. In this guide, we have recommended VPNs that have been fully tested and are guaranteed to work with ABC.

Just remember that you will need valid US cable TV credentials to watch episodes of Black-ish when they air. However, anybody without an American cable subscription can watch each episode of Black-ish for free one week later.

How to watch Black-ish season 8 with a VPN

Using a VPN to access ABC while on vacation is easy as long as you subscribe to a VPN that has working US servers. In this guide, we have recommended the best VPN services for the job. Follow the steps below to instantly access episodes of Black-ish from anywhere in the world.

Here’s how to watch Black-ish Season 8 online abroad (outside US):

To stream new episodes of Black-ish on ABC, you will need a valid cable TV subscription to log in. Each episode will be free to stream on ABC one week after. If you have any issues watching Black-ish, contact your VPN to find out which server is optimized for streaming or clear the cookies and cache in your browser.

WANT TO TRY THE TOP VPN FOR BLACK-ISH RISK FREE?

NordVPN is offering a fully-featured risk-free 30-day trial if you sign up at this page. You can use the VPN rated #1 for Black-ish without any limits or restrictions for a month—great if you want to watch Black-ish outside of the US.

When is the Black-ish season 8 release date?

The new season of Black-ish will premiere on Tuesday, January 4 at 9:30 pm ET. It will be the final season of Black-ish, following an announcement from the show’s creator Kanya Barris on Instagram. Episode two will air on January 11th, with each following episode to be broadcast a week apart

Following the initial release of each episode, ABC will unlock them one week later. This means you can watch them for free without needing to log in. As a result, it is super easy to stream season 8 of Black-ish using a VPN. NordVPN offers a 30 day money back guarantee, so you can try it risk free.

Where can I stream Black-ish season 8 online?

The easiest way to stream Black-ish online for free is to head over to ABC’s official website. We have included a list of other US TV services you can use to watch Black-ish live on ABC when episodes air live each Tuesday at 9:30 pm ET:

Unfortunately, SlingTV will no longer carry ABC, so if you are subscribing to this service you will need to head over to ABC’s website to stream each episode of Black-ish one week after it first airs.

Remember that the content on ABC is only available in the US. So if you are in the UK, Canada, Europe, Australia, or anywhere else, you will need to connect to a VPN server in the US to stream Black-ish for free.

Can I use a free VPN to stream Black-ish?

No. Although there are some free VPN services available on the market they do not have servers in the US that work to access ABC. In addition, free VPNs are too slow to stream HD content online.

Free services have few servers that are oversubscribed, which means they are highly congested. As a result, free VPN providers use methods such as bandwidth throttling and download limitation to keep their service running. This makes free VPNs too slow for streaming and gaming.

In addition to these performance issues, free VPNs are a bad idea for privacy and security reasons. Free VPNs have invasive privacy policies that allow them to harvest your data and sell it to third parties. They also have insecure apps, IP and DNS leaks, and even contain spyware in their apps. This makes using those VPNs a serious risk to your online security.

Why is ABC restricted outside of the US?

ABC uses geo-restrictions to prevent anybody streaming its content outside of America for licensing reasons. ABC enters into agreements with the content producers and copyright holders of the shows it broadcasts.

The good news is that anybody can use a VPN to access ABC and watch Black-ish abroad without paying a dime. In fact, all of our recommended VPNs have a money-back guarantee, which means that you can test them to stream Black-ish yourself for a month.

What do we know about season 8 of Black-ish?

Season 8 of Blackish will focus on the lives of the Johnsons, a family of upper-middle-class African Americans. The family portrayed is loosely based on the creator’s own family. In season seven, the father of the house, Dre, and his wife Bow came close to divorce. In season 8 they seem set to stay together to continue raising their five children

The show is known for tackling hot political issues, and for Dre’s comedic struggle to connect with black culture. During the last 7 seasons, the show has received a ton of awards and award nominations, including the Golden Globe Award, MTV Movie and TV Award, NAACP Image Award, Peabody Award, Primetime Emmy Award, TCA Award, and the Young Artist Award.

Not much else is known about the storyline for season 8 of Black-ish, so you will need to tune in to see what the final season has in store. What we can say for sure, is that it is bound to be extremely funny.

Who is the cast for Black-ish Season 8

Season 8 will see much of the cast from season 7 returning, but it also has a few surprises in store. Most notably, former first lady Michelle Obama is rumored to be appearing in the season premiere. Below, we have included a list of performers you can expect to see: