How to watch The Big Bang Theory (all seasons) online 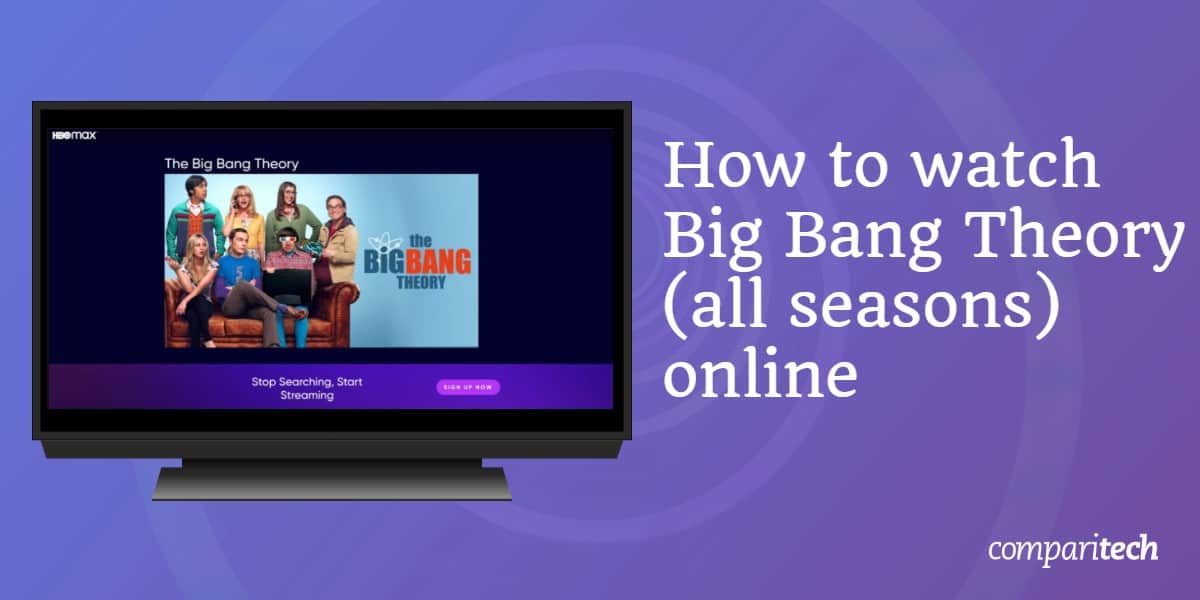 Unofficial streams are inevitable for popular TV shows, but they just aren’t worth your time. Not only are they often very laggy, with low-resolution video, but they’re also prone to being taken offline for copyright violation. There’s also no guarantee that your source will have all of the episodes available. Luckily, there are plenty of legal ways to watch The Big Bang Theory online, and many of these offer a free trial, rendering third-party streams completely redundant.

The Big Bang Theory is only available on geo-restricted streaming platforms. If you’re traveling at the moment and want to watch on streaming services from back home, you’ll have to connect to a Virtual Private Network (VPN).

Thankfully, VPNs are really quite simple to use. Take a look below for a quick, step-by-step guide to unblocking and streaming The Big Bang Theory.

Here’s how to watch The Big Bang Theory online from anywhere:

How to watch The Big Bang Theory online in the US

The Big Bang Theory is one of the major franchises that HBO Max counted on to help it survive a fairly rocky launch. For $14.99 USD per month, users can stream every single episode and the first three seasons of Young Sheldon, with the fourth coming later. HBO Max used to offer a seven-day free trial but after announcing that several blockbuster movies were skipping theaters and coming exclusively to this service, the trial period was conveniently abandoned.

It’s also possible to stream random older episodes of The Big Bang Theory on TBS. There are a couple of downsides, though. First, you can only watch for five minutes unless you sign in with your cable provider details. Additionally, since this service is just showing reruns, it’s a poor choice for anyone looking to watch episodes in order. They also expire a few days after being added, so you’ll have to be quick. Still, if you just want to throw on some old episodes and don’t care which ones, TBS is a decent option.

HBO Max and TBS are both region-locked. This means that you’ll need a VPN to access them from outside of the US. Don’t have one yet? Why not take advantage of NordVPN’s 30-day money-back guarantee? This lets you try the service risk-free and claim a full refund if it fails to meet your expectations.

Where else can I stream The Big Bang Theory online?

This show has a huge international following which means you shouldn’t have to look too hard to find a local broadcaster. Read on to find out which networks are airing The Big Bang Theory in your country:

If you live in the UK or Ireland, it’s very easy to watch The Big Bang Theory online. That’s because all twelve seasons are available on Netflix. Prices start at £5.99 (€7.99) per month, but to stream in HD, you’ll have to pay at least £8.99 (€11.99 in Ireland). Unfortunately, Netflix no longer offers a free trial in either of these countries.

Netflix changes its content based on which country you’re in. This means that if you’re traveling abroad, you’ll have to connect to a British or Irish VPN server to stream The Big Bang Theory.

Canadian fans can stream the first nine seasons on Crave, either by logging in with your cable provider details (if Crave is included in your bundle) or by paying $9.99 CAD per month for an online pass. Alternatively, you can watch episodes that have aired recently on the CTV website. However, as this service doesn’t support any over-the-top options, it’s not possible to watch without a cable TV subscription.

Unfortunately, no major service lets you stream the final three seasons in Canada. Instead, you’ll have to purchase these individually on platforms like iTunes, Google Play, or the Microsoft Store.

Crave and CTV are geo-restricted and only accessible in Canada. If you’re abroad, you can access these platforms as normal by connecting to a VPN.

The Big Bang Theory used to be exclusive to Stan but Foxtel made a deal (reportedly worth more than $100 million) with HBO Max to snap up the broadcast rights. As a result, you can now watch every episode of The Big Bang Theory on Binge. Plans start at $10 AUD per month, following a two-week free trial.

Binge is usually only available in Australia. That said, you can access it from anywhere by connecting to an Australian VPN server. 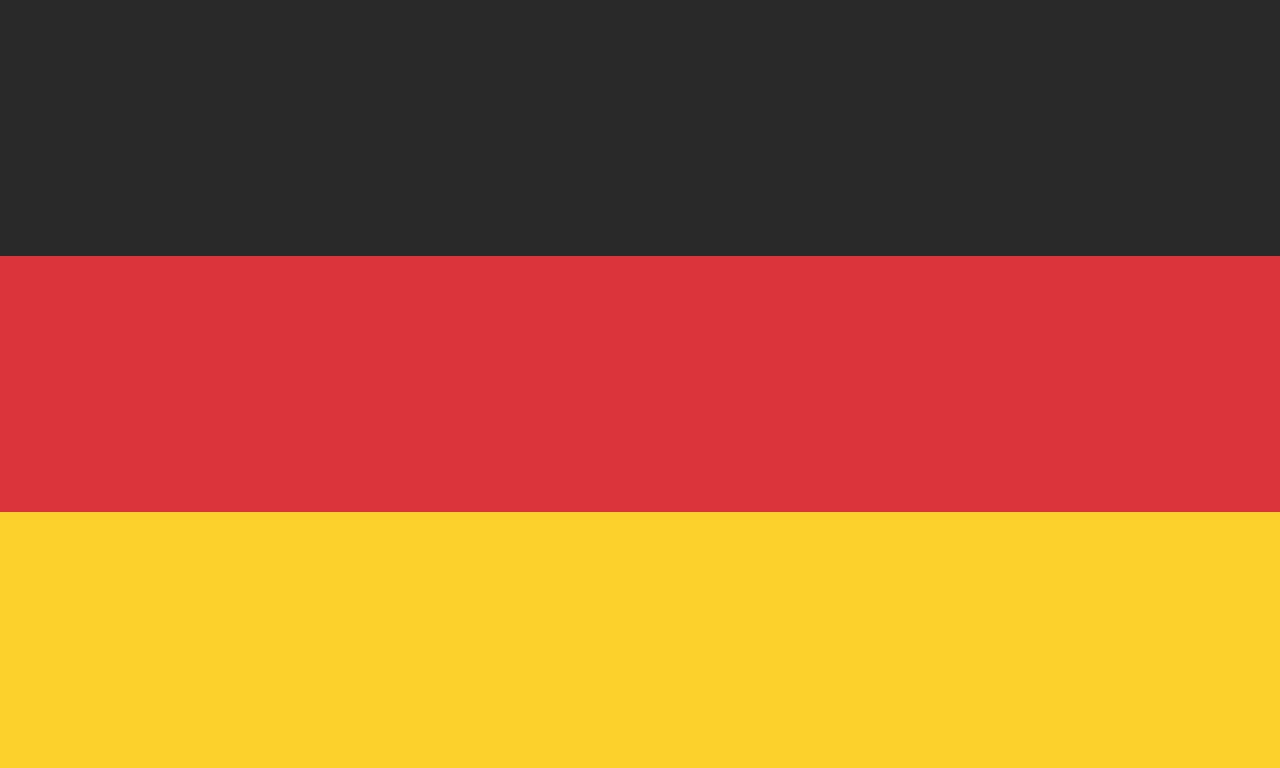 Amazon Prime Video is the official Big Bang Theory broadcaster in Germany. This service comes included with your Prime subscription (which itself costs €7.99 per month). Not sure if it’s right for you? There’s also a 30-day free trial, so if you’re not impressed, just cancel to avoid being charged.

This service has different content based on your location. For instance, you may not be able to watch The Big Bang Theory outside of Germany unless you use a VPN.

Can I stream The Big Bang Theory online for free?

This is highly unlikely, simply due to the sheer number of episodes there are and the length of most free trials. If we assume each of the 279 episodes lasts for 22 minutes, that adds up to 6,138 minutes or a little over four days. Even if your streaming service of choice offers a 30-day trial, you’d still have to get through 9.3 episodes per day. This is about three and a half hours of content per day for a month. Is it technically doable? Yes. Is it advisable? Probably not.

Will The Big Bang Theory ever come back?

Unfortunately, it doesn’t look like we’ll be seeing The Big Bang Theory back on TV any time soon. Kaley Cuoco, who played Penny, is now acting in movies, and series lead Jim Parsons has said that season 12 marked the end of an era for him. Of course, with long-running sitcoms like The Fresh Prince of Bel-Air and Friends getting reunion episodes, there’s no reason why Sheldon, Leonard, and the gang couldn’t reunite for a one-off episode in a few years.

Do I have to watch Young Sheldon to understand The Big Bang Theory?

Young Sheldon is a prequel, so while it provides a little background for The Big Bang Theory, it isn’t actually necessary to enjoy the main series. It’s also markedly different, focusing more on character drama with fewer (but arguably better) jokes. The comedy piggybacks on the story, for instance, instead of the other way around, which was a criticism often leveled at The Big Bang Theory. In short, try a few episodes of Young Sheldon out -- if it’s not for you, at least you’re not missing anything crucial.