How to watch American Crime Story season 3 online from anywhere 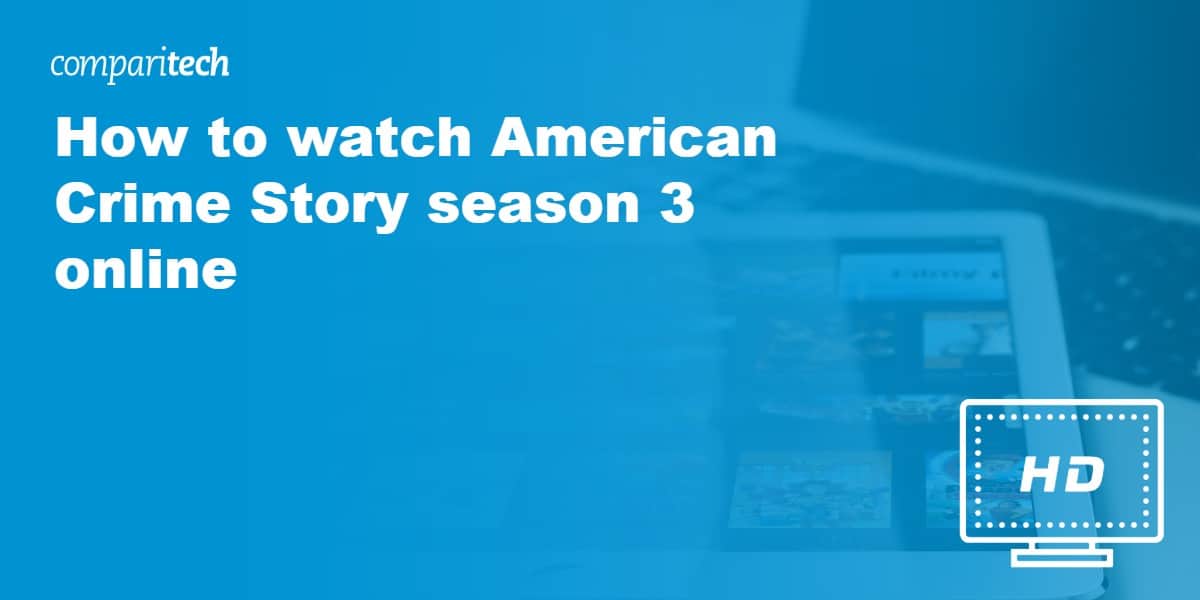 It’s not uncommon to find unauthorized streams of popular TV shows such as American Crime Story. However, we should emphasize that we’re only recommending official sources for watching American Crime Story season 3. Unlicensed streams provide a low-quality experience and are often plagued by performance issues. Many are even taken offline for copyright infringement. Fortunately, the official sources listed in this post don’t have the same problems!

American Crime Story season 3 will only be shown on region-locked platforms. If you want to continue watching via your usual streaming services while traveling abroad, you’ll need a VPN.

Unfortunately, the content on most streaming services is subject to copyright restrictions which results in it being geo-restricted. A VPN allows you to bypass this geo-blocking and access it from abroad.

Here’s how to watch American Crime Story season 3 from anywhere:

Remember that American Crime Story season 3 will air live on FX. We recommend you test your VPN with FX ahead of the season 3 premiere. That way, you should have time to troubleshoot any issues with your VPN’s customer support service.

NordVPN is offering a fully-featured risk-free 30 day trial if you sign up at this page. You can use the VPN rated #1 for FX with no restrictions for a month - great if you’re still undecided and want to fully test it out before making a commitment.

American Crime Story season 3 is set to premiere in the US and Canada on FX. This is scheduled for September 10 at 10 PM EST, with new episodes airing weekly. There are a couple of ways in which you can watch FX online. If you have a cable TV subscription that includes FX, all you need to do is sign in via your TV provider. You can then watch live online at no extra cost via the FX website or FXNOW app.

Fortunately, it’s also possible to watch FX cable and contract-free. In order to do this, you’ll need to sign up with one of these TV streaming services: FuboTV ($64.99 USD/month), Hulu with Live TV ($64.99 USD/month), Sling TV ($35/month), or YouTube TV ($64.99/month). As you can see, Sling TV is the cheapest of these options and there’s currently a promotion in which you only pay $10 for the first month.

However, a cheaper way to watch American Crime Story season 3 is to wait an extra day. That’s because new episodes will be added to Hulu’s on-demand streaming service the day after their FX premiere. Plans cost $5.99/month (with ads) and $11.99/month (ad-free). All of the above options for watching FX are geo-blocked so you’ll need a VPN and US IP address to watch from abroad. NordVPN includes a 30-day money-back guarantee so you can try it risk-free.

Where else can I watch American Crime Story season 3 online?

The good news is that American Crime Story season 3 will also be coming to Australia! You’ll find it on Binge, a relatively new streaming service that launched in 2020, where it will premiere on Wednesday, September 8. Plans are priced at $10, $14, and $18 AUD per month depending on whether you want to watch in SD, HD, or Ultra HD (and whether you’d like to watch on multiple screens simultaneously). Due to geographic restrictions, you’ll need to connect to a VPN and get an Australian IP address to watch Binge online from anywhere.

While there’s no official premiere date for American Crime Story season 3 in the UK, seasons 1 and 2 both aired on BBC Two. In both cases, this was a few weeks after their initial US premiere. This means that you may soon be able to watch American Crime Story season 3 online via BBC iPlayer. Better still, BBC iPlayer content is free to watch (although you’ll need to sign up for an account to watch). Further, a UK TV license is required to use this platform, regardless of whether you’re watching live or on-demand. You’ll also need to use a VPN to get a UK IP address if you’re traveling abroad.

What should I know about American Crime Story season 3?

Impeachment: American Crime Story was originally due to be released in September 2020. However, production was pushed back due to the COVID-19 pandemic, meaning that it has been some two and a half years since season 2 came to its conclusion. However, season 3 is finally here in the form of 10 episodes airing on a weekly basis. This time, the crime anthology series covers the Clinton-Lewinsky scandal. In fact, Monica Lewinsky has even been involved in production.

Who is in the cast of American Crime Story season 3?

American Crime Story season 3 features an impressive cast. This includes some familiar faces in the form of Sarah Paulson as Linda Tripp as well as Annaleigh Ashford as Paula Jones. However, there’s plenty of new additions to the cast as well such as Beanie Feldstein as Monica Lewinsky, Clive Owen as Bill Clinton, and Edie Falco as Hillary Clinton.